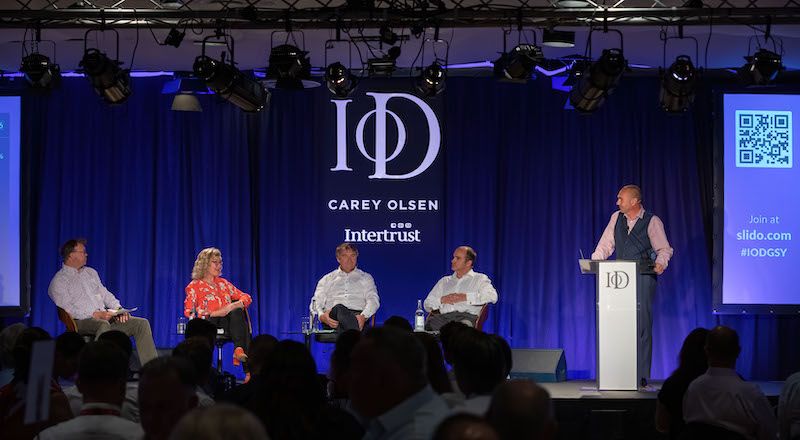 Travel links, digital connectivity, education, government efficiency and the island's relationship with the UK are top priorities that members of the IoD would like to see addressed in the next political term.

The Institute of Directors carried out a survey of its members, asking what was most important to them and their businesses ahead of the first island wide election next month.

Members gave their views on the governance practices they would like to see the next States adopt. Ranked highest were: 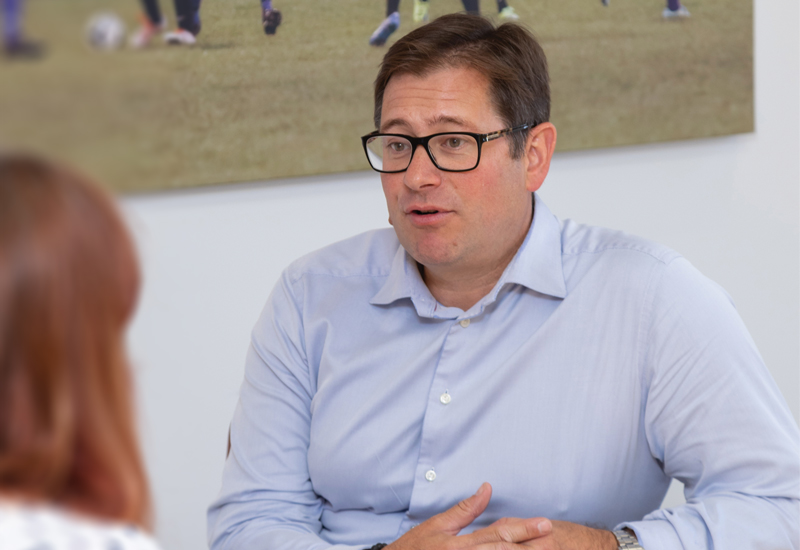 "The covid response has, in my view, shined a light on some fantastic things that Guernsey does very well," said Chair of the IoD, John Clacy. "It did also raise some weaknesses in our approach. As the island faces its first island wide vote and the changes that will bring to the government, I genuinely believe we have a once in a generation opportunity to change - and I mean genuinely change.

"[We need] a system that allows us to effectively invest in a fantastic new future for Guernsey, acumen to make the right decisions, the courage to follow through and a linked up fiscal and population regime that anchors this in reality. Let's make this happen."

The survey was debated by a panel of four businesspeople at the IoD breakfast this week; former President of the Chamber of Commerce Martyn Dorey,  former accountant and non-States member on the Scrutiny Committee Gill Morris, entrepreneur and founder of the Community Foundation Wayne Bulpitt, and outgoing deputy and advocate Chris Green.

The panel looked ahead to the election and the very different way in which it is being carried out this year, not just in the new island wide format but also with the formation of political parties. 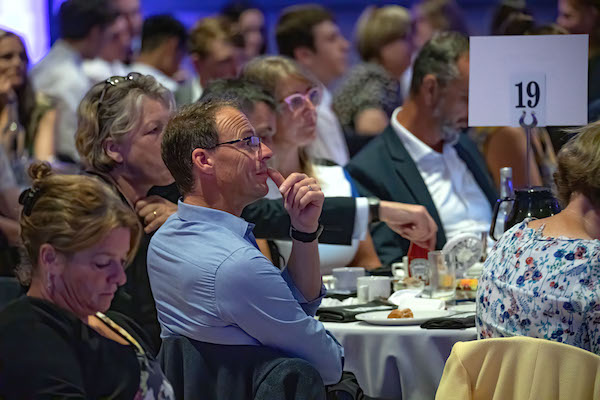 Pictured: Those who attended the IoD breakfast were asked to complete an online poll about the formation of political parties in Guernsey.

"We're clearly in the infancy of parties," said Mr Bulpitt. "It will be interesting to see what effect, if any, it has, but unfortunately we're unlikely to see that before the end of the next term. A group of individuals working together could easily make a big difference."

Deputy Green agreed, suggesting that, until a party gets a majority in the States Assembly - which is unlikely to happen this time round - the new political groups won't make a major difference to the way the States is run.

"It's hard to speculate," he said. "I approve of the principal of political parties. There's a good thing about voting for a clear policy platform as when you vote for an individual candidate you're never sure what policy platform you're going to get."

Those who attended the IoD breakfast were asked to complete an online poll with their views on the introduction of political parties in Guernsey. Of the 115 responses, 76% said they supported the formation of parties, while 19% said they were only voting based on individual candidates and 5% said they would avoid anyone associated with a party.

"I'm pretty sceptical because I'm not sure that the party system is strong enough yet," said Ms Morris. "When I'm looking at manifestos, I'm looking at individual candidates." 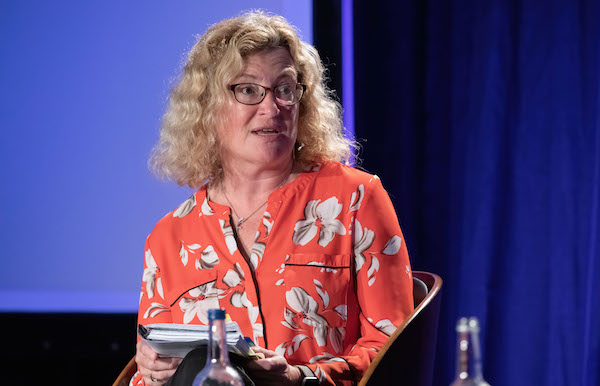 Pictured: Gill Morris is "sceptical" about the introduction of parties for this political term.

The panel agreed that the next States Assembly should be more decisive, effective and transparent with the public than the last has proved to be.

"What I've learnt in my eight years with the States is that flip-flopping doesn't get anybody anywhere," explained Ms Morris. "We make democratic decisions and within a couple of months they've changed their minds. We're stuck in a hamster wheel."

Deputy Green said the outgoing Assembly's behaviour has been "frustrating and disappointing".

"Politicians are human beings too and I think sometimes people forget that, but at the end of the day we still have massive opportunities to work together with the community and try to rebuild that trust," he said. "We've got to use the election and the new government to try and sort it out."

To watch the IoD breakfast in full, click HERE.

GDA Hustings aims to get candidates up to speed on disabilities