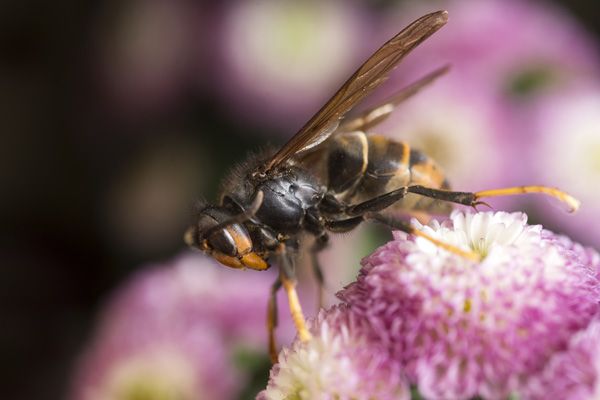 Invasive Species which could pose a threat to Guernsey and its environment are being emphasised as part of a national week-long event.

Having started on Friday 23, each day throughout the seven day period will raise awareness about a different species by releasing information about identification, the dangers and how it can be controlled.

Friday's species was the Asian Hornet, a hornet native to China that has already colonised large parts of Europe, with a number of nests also having appeared across the Channel Islands after having flown in from France. It predates on honey bees and could be a threat to the already endangered species.

Julia Henney, Biodiversity Education Officer said: “Invasive Species are cited as being the second biggest cause of biodiversity loss worldwide. Guernsey has not escaped this threat and we know of dozens of invasive species which have made their way to our island and are causing a problem.

"We hope to use Invasive Species Week to highlight this problem and encourage the community to help us fight the invasion of these foreign species.”

Others that will be highleted include the Sour Fig plant, pampas grass, German ivy, the Carpet Sea Squirt and the Slipper Limpet.

During the week, the Biodiversity Partnership will also be launching two public campaigns.

The first having started on Friday is a "Track Don't Trample" campaign, which, in conjunction with the Bee Keepers Association and ACLMS, aims to encourage the recording of Asian Hornet sightings to help scientists find nests.

Then on Thursday 30 March, the Be Plant Wise campaign will start with the aim of raising awareness of the risk of pond plants being dumped into other bodies of water.