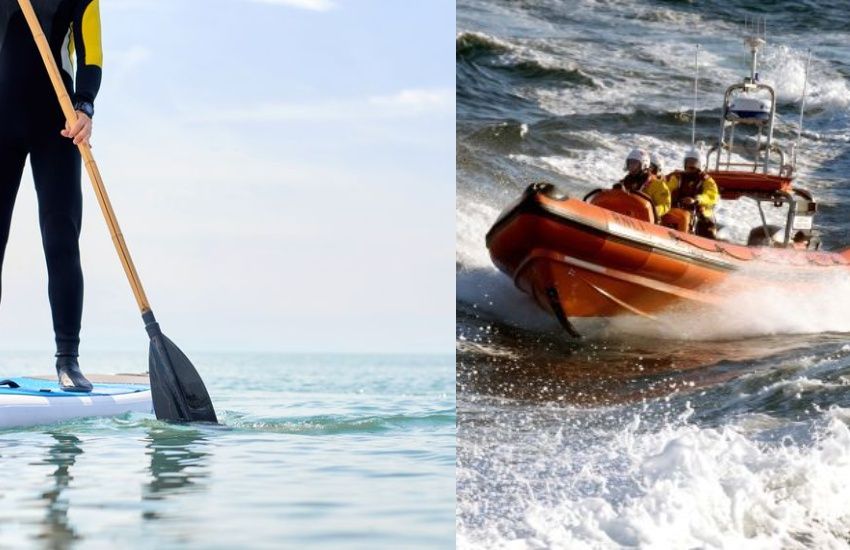 Guernsey Coastguard is asking people to inform them before undertaking difficult offshore routes after the St. Peter Port Inshore Lifeboat was launched for a paddle boarder yesterday.

The Elizabeth and Margaret Milligan Lifeboat was launched at 14:55 yesterday after a member of the public alerted the Joint Emergency Services Control Centre to a paddleboarder who appeared to be in difficulty outside Bordeaux Harbour.

Police officers initially attended and reported that they could see a lone paddle boarder between Guernsey and Herm but could not confirm whether the individual was in difficulty.

The Inshore Lifeboat located the paddle boarder at 15:18 and discovered that his route was planned and he was not in need of assistance.

Guernsey Coastguard said: “Although we encourage people to get out onto the water and experience the natural beauty of our surrounding maritime environment, we would ask that, if they are embarking on a more challenging route, they contact Guernsey Coastguard to express their intentions.”

The paddle boarder involved told Express that he has undertaken the route from Bordeaux to Rosaire Steps in Herm multiple times.

“It isn’t the most exciting route, but the tide makes for good stamina training, so I have done it four or five times over the last year with a 35-minute sprint time,” he said.

“I have 25 years of open water experience and would not recommend the route to anyone without a huge amount of experience.

"I am grateful for the work of the Lifeboat crew and support the Coastguard's request to be given advance warning of routes which could be a potential cause for concern.”

The Lifeboat crew was back on station by 15:34.