"Impact on family life" keeps man out of prison 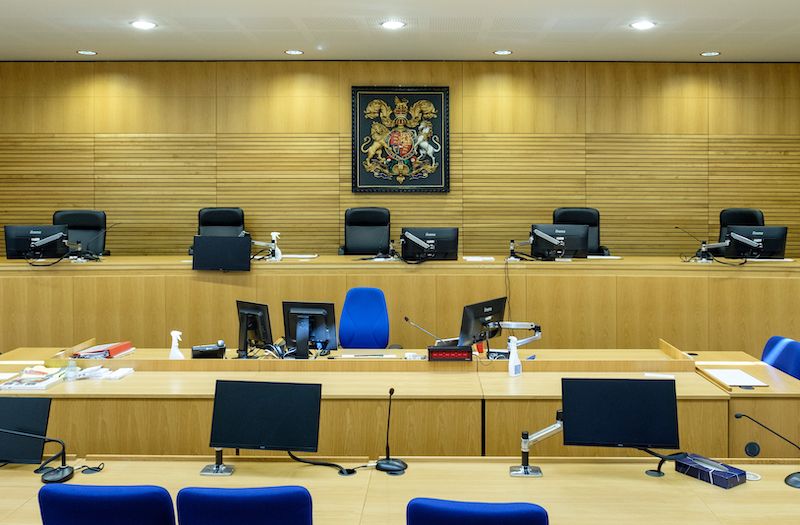 "Impact on family life" keeps man out of prison

A man who was found in possession of more than 700g of synthetic cannabinoids avoided prison because of his willingness to engage with support services and the effect of imprisonment on his family.

Jacob Travers, 25, was sentenced for possession of a synthetic cannabinoid – MDMB Pinaca - with intent to supply to another.

Travers was home at the time and pointed officers to a bong and bottles of vapes in the conservatory, before also directing officers to two flowerpots, one of which contained cash, the other cash and four bottles of the synthetic cannabinoid.

During the search of the property, a black binbag was found under a hedge, itself containing two smaller bags, which contained 60 of the black plastic dropper bottles.

Each were estimated to contain around 11ml of the liquid, which was interpreted in grams rather than millilitres by the Court.

In interview, Travers made early admissions. He said he had purchased the drugs for £700 for personal use, but did not know exactly what they contained.

He did note that the substance had “an effect on him similar to cannabis”, according to the Crown Prosecutor’s submission to the Court. 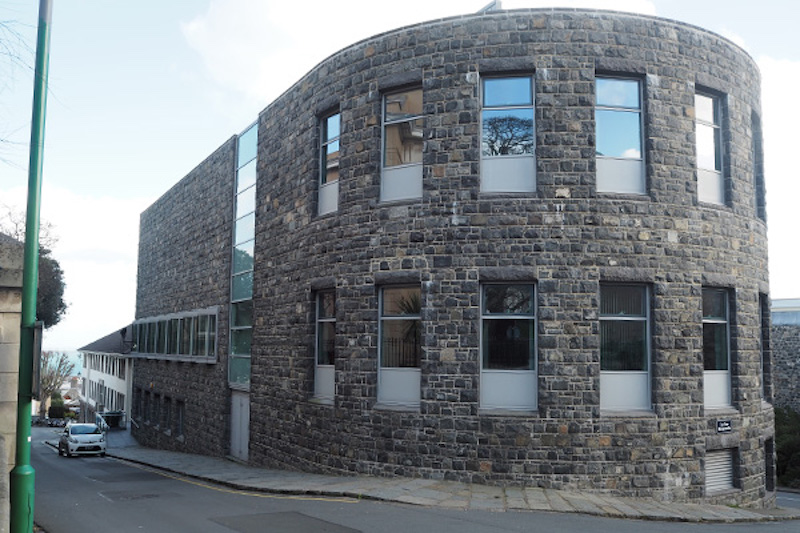 Pictured: Travers was judged to have a low likelihood of reoffending by Guernsey's Royal Court and the Probation Service.

Advocate Fiona Russell said that, during the investigation, messages were found on the defendant’s phone indicating the drug had been supplied to others.

Advocate Russell described the cannabinoid as a relatively new drug, having emerged in 2018 before its classification as a Class B substance last year.

She argued that MDMB Pinaca is often diluted and is generally regarded as more potent than regular cannabis.

Defence Advocate Andrew Ayres suggested that it would be “dangerous” for the Court to get dragged into a discussion about the addictiveness of the drug.

He cited the Richards Guidelines for drug sentencing, which instruct that weight of substance is the foremost priority over purity.

Travers apologised for his actions and said he had been using MDMB as a pain relief for injuries he had sustained.

He had no previous relevant convictions, however cannabis “had previously had a hold of his life” and he had sought support for his addiction.

During the first lockdown, when his income was hit by the pandemic, Travers experienced a “moment of financial insecurity” while the main "breadwinner" for his young family.

“The person who supplied him with this drug suggested that he should sell some on - in order to supplement his income - and he wrongly agreed to do so,” said Advocate Ayres. 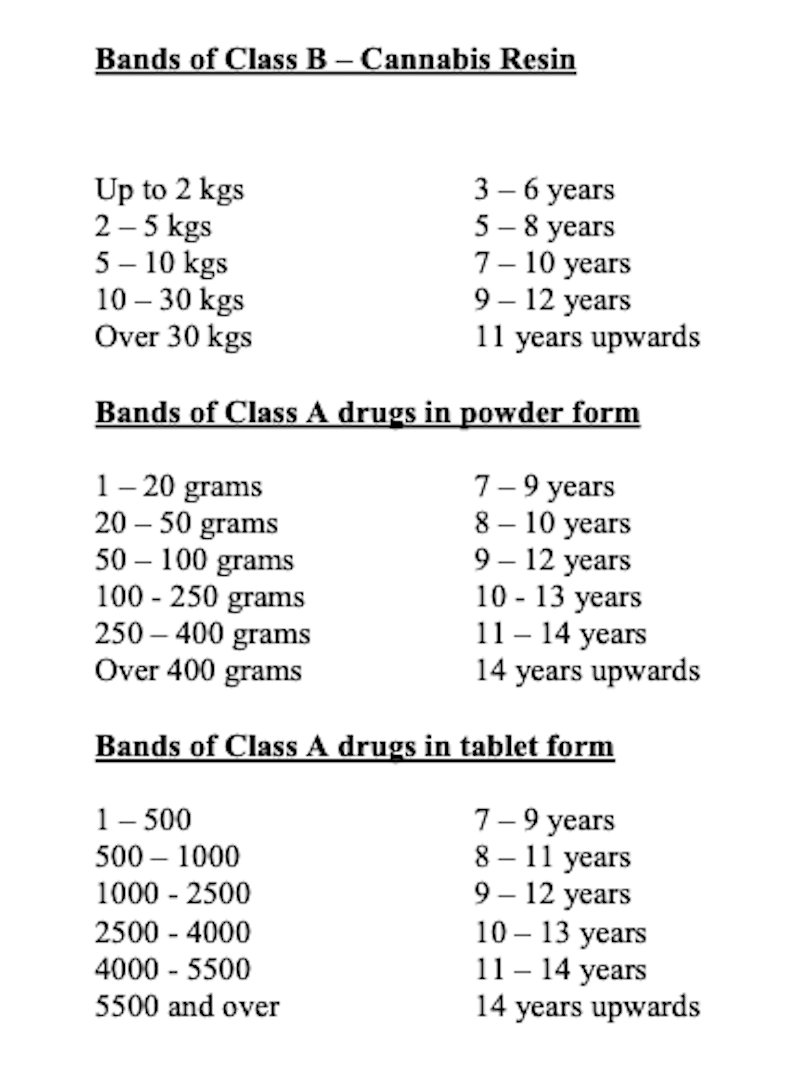 Pictured: The sentencing guidelines set out in the Richards 2002 case - the case law for drug supply and importation - instructs that the starting point should concentrate on the quantity of the drugs involved over the purity of that substance.

The Defence Advocate said that, as Travers was consuming much of what he obtained, the offence should fall at the lower end of the relevant 3-6 years starting band for sentencing.

“He was not a hardened street supplier,” he emphasised to the Court.

The “crushing” effects of his potential incarceration on his family had now been realised and Advocate Ayres argued against immediate custody on these grounds.

“I make this submission that the effect on family life is such that the court could consider some form of disposal that does not include immediate imprisonment.

“It has a draconian and severe effect on third parties who are entirely innocent of the offending.”

Judge Fooks noted the impact on Travers’ family and his own efforts to combat his addiction by engaging with drug support services.

“You have acknowledged and have taken steps voluntarily to seek help,” said Judge Fooks.

“You have the skills to lead a substance-free life. There will be no second chance in this Court.”