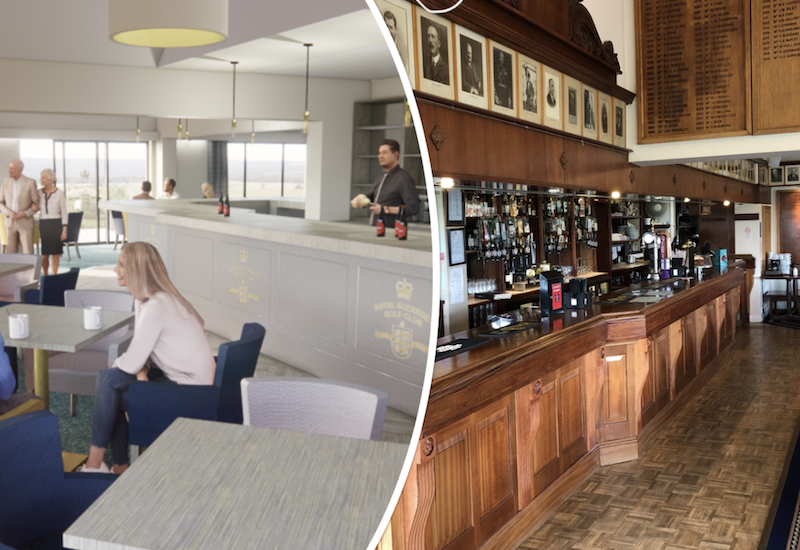 The Royal Guernsey Golf Club at L’Ancresse celebrated its 130th anniversary last year and it is preparing for an even brighter future through its latest refurbishments.

“New but familiar” was the brief for the refurbishment of the clubhouse, which hasn’t been updated since the 90s; work is now well underway to be completed by mid-May.

“We were looking at putting a welcome pack together and saw how proud other golf clubs were of their clubhouses,” said Club Director Andy Fothergill.

“We decided we need to bring things up to date." 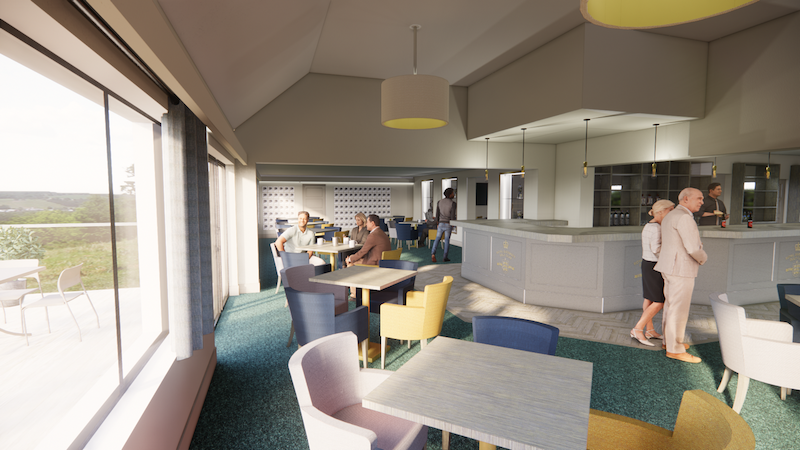 Pictured: An artist's impression of the end result.

The Royal Guernsey Golf Club was originally situated nearer to Vale Church and was no more than a cottage; it is now known as Old Golf Place and can be seen from L’Ancresse road.

The latest incarnation of the club was built in 1940 and was subsequently gutted by the Germans and built up in a 'hodge podge' manner ever since. The evolution of the club has recently gathered pace with the refurbishment of the clubhouse and trophy room, with a six figure investment in the building.

“A lot of people haven’t been in the building,” said Mr Fothergill. “Hopefully this is another step to opening up to visitors and potential joiners.” 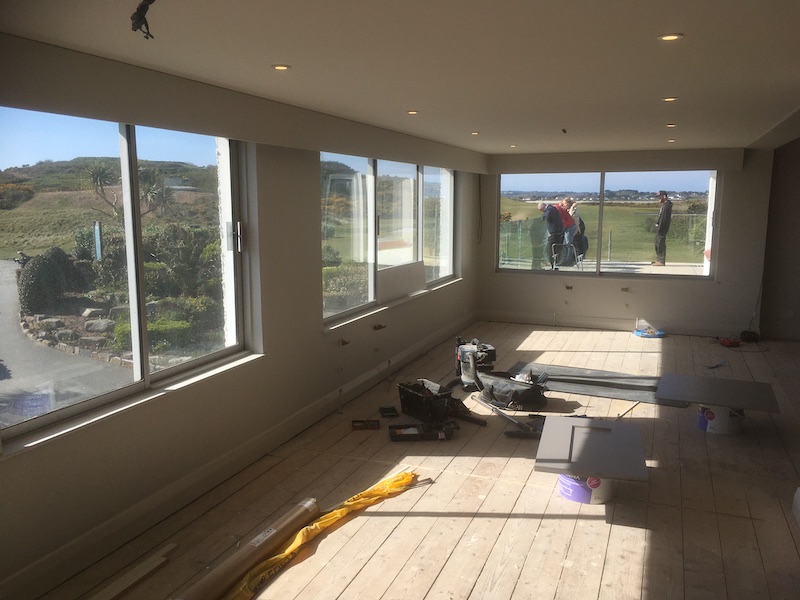 Pictured: With larger windows and a new outside deck, the clubhouse aims to make the most of the views across L'Ancresse.

The intention of the ongoing refurb was to incorporate the scenery and make the most of the views from the top of the building.

“It was all about picking out the colours outside,” said Architect, Anne Langlois. “The mood board for the new clubhouse was inspired by the course and the views out to the sea.”

Paul Langlois Architects developed the plans for the clubhouse and Interior Systems started work in January as the main contractors.

The building now has a large terrace, designed by Turnstone Architecture, and could see further development in the future.

“The next stage would be to start refurbishing the restaurant and the entrance,” said Mr Fothergill. “We’ll be holding an opening party when this first stage is complete.”