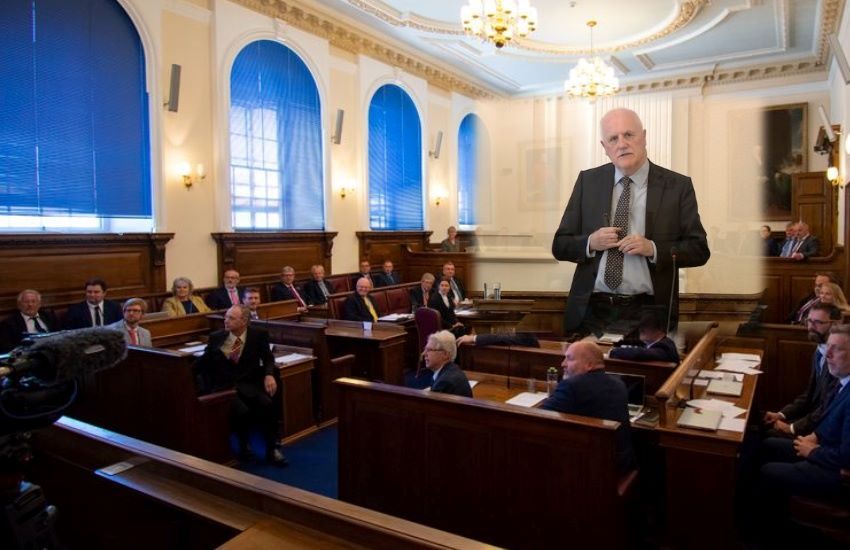 Deputy Peter Ferbrache thinks the public want to see deputies standing up for what they believe in but not falling out with each other.

The President of the Policy & Resources Committee - Guernsey's most senior politician - says his relationship with the Committee's Vice-President, Deputy Heidi Soulsby, is an example of how States' members can sometimes disagree on policy while always working together on good terms.

“The very able Deputy Soulsby…when we had the debate about the Catholic schools, she decided to abstain. And I fully respected her view. I voted in favour of retaining the ability of the Catholic schools to be able to choose their own people," said Deputy Ferbrache.

“That’s the kind of civilized debate and difference of opinion you can have without falling out with people.”

Deputy Ferbrache recently admitted that he "holds no great respect" for his predecessor as Policy & Resources Committee President, Deputy Gavin St. Pier, who has been a frequent critic of the current States' leadership team since it was elected following the general election of October 2020.

But in the latest Express podcast, Deputy Ferbrache said he was concerned about public perceptions of division and personal rivalry in the States.

"They don't want it [and] I don't like it," said Deputy Ferbrache. 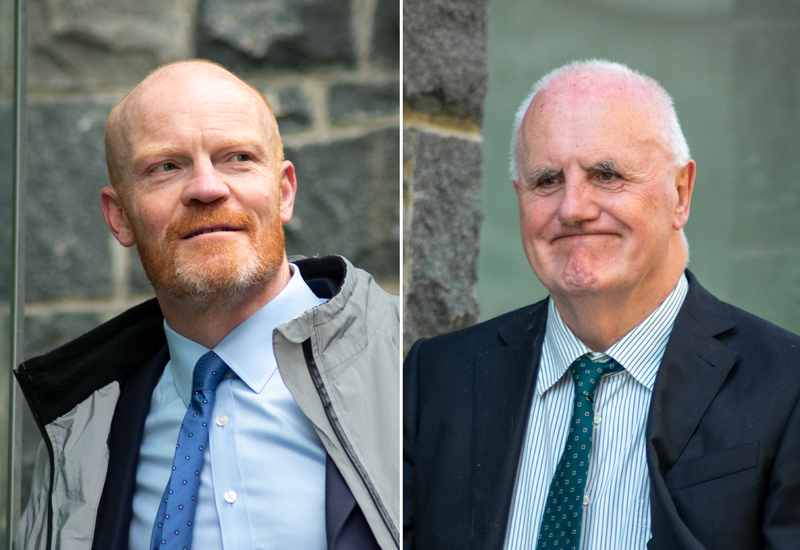 Pictured: The current and previous States started their lives with closely-contested elections between Deputies Gavin St. Pier and Peter Ferbrache for the senior position in the Assembly - President of the Policy & Resources Committee.

Deputy Ferbrache has been involved in several political movements and parties since his return to politics in 2016. He was a founding member of Charter 2018 and the 2020 Association and in between joined Deputy Carl Meerveld's Islanders' Association.

But he says he does not want to see parties develop locally along the same lines as in the UK.

In 2016, Deputies Ferbrache and St. Pier initially tied when the Assembly voted for a President of the Policy & Resources Committee before Deputy St. Pier was elected by 20 votes to 19 in the fourth round of voting. In 2020, Deputy Ferbrache was elected to the position, securing 23 votes to Deputy St. Pier's 17 votes.

Ahead of the last general election, Deputy St. Pier formed The Guernsey Partnership of Independents and in December he launched a new party, Future Guernsey, which he says is "fiscally and environmentally responsible and socially liberal".

“I was criticised in the last term, when we were not in the opposition but perhaps the minority - it must be you that is being discursive," said Deputy Ferbrache. "I think this term has shown this not to be the case.

“I think it comes with the role to a degree [but] I think it has been more personal.”