The Office of the Data Protection Authority has published the latest statistics for data protection breaches. There were 25 breaches in November and December 2021.

The leading cause of breaches was personal data being sent to the wrong individual with 15 reported incidents. This was either through an email (six breaches) or via the post service (nine breaches).

The remaining 10 incidents were four cyber attacks, two incidents of unsanctioned information being accessed, three unspecified breaches and one from loss of data.

In total, there were 177 breaches last year, a minor reduction on the 180 breaches recorded by the Authority in 2020. 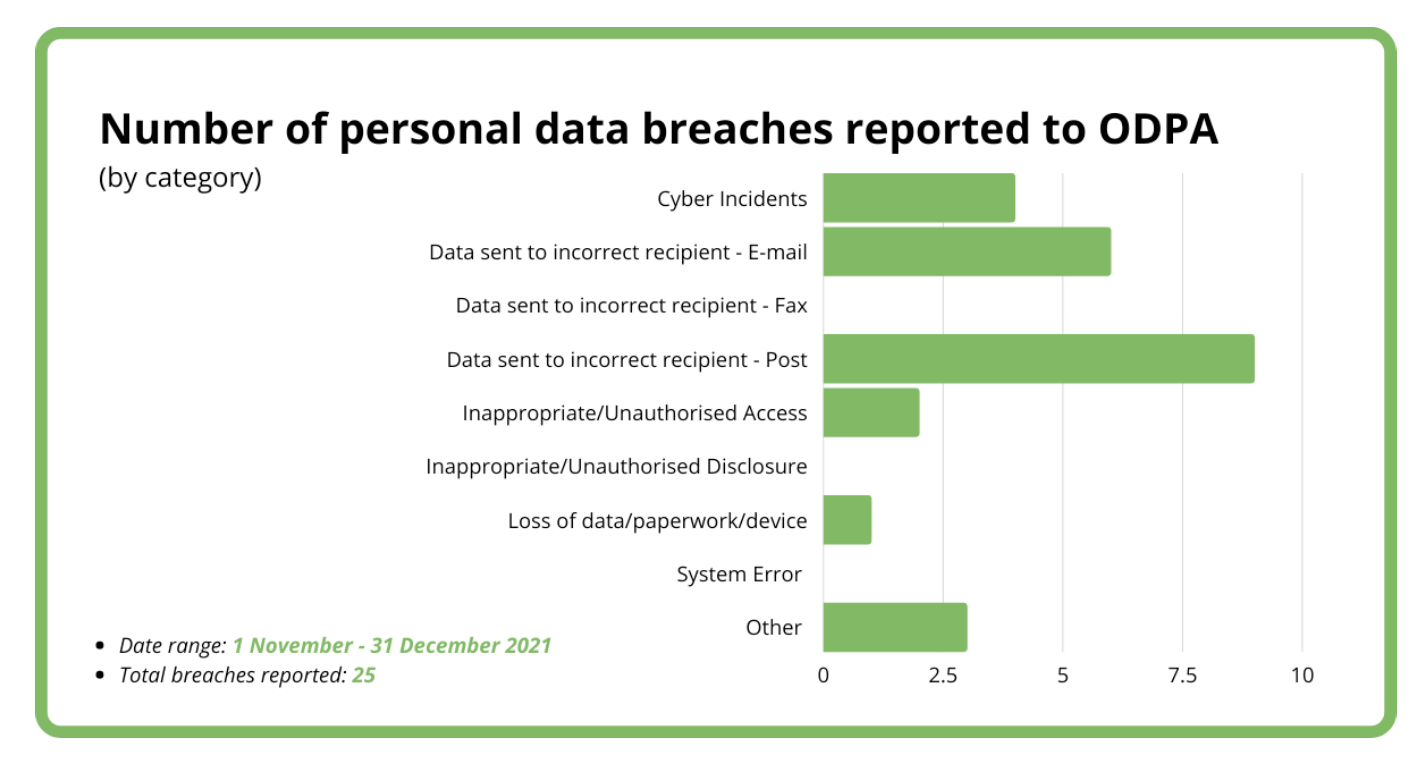 Pictured: The breakdown of personal data breaches for the period November and December 2021 has been reported by the Data Protection Authority.

The Authority said that human error is routinely responsible for most breaches reported to them.

"One of the strongest lines of defence against these crimes is to ensure your staff understand the risks to personal data, the tactics cyber criminals use and what your response plan is.

"Your staff are both your biggest risk and your biggest opportunity in looking after the personal data in your care."

Since the turn of the year, the Authority has improved the way breaches can be reported. Organisations may now detail both how the incident happened and the consequences arising from the breach.

The Authority will continue to publish bi-monthly anonymized statistics of breaches. The first breach report which will reflect the changed approach will be in March 2022.