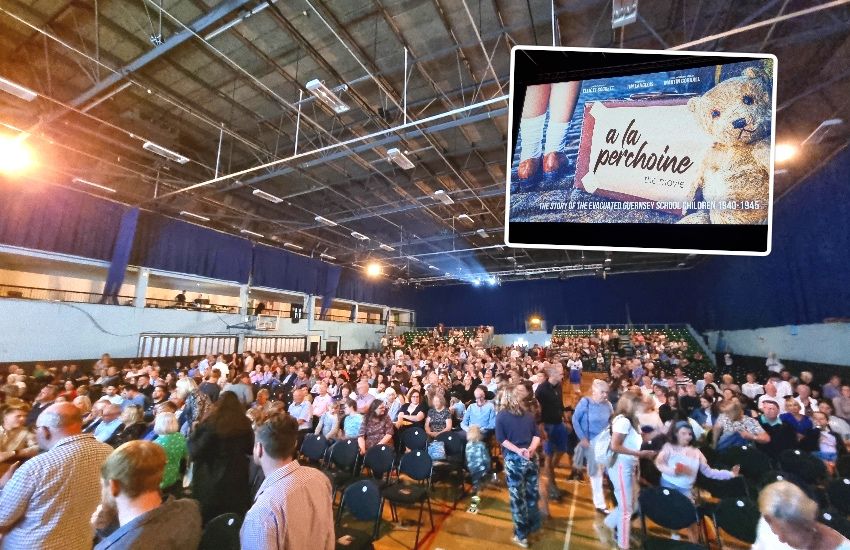 A La Perchoine premiered to a sell-out Beau Sejour crowd last night, on the largest cinema screen ever used in Guernsey in the Sir John Loveridge Hall.

The musical film, adapted from a 1990 stage production, tells the story of the evacuation of children from the island to the United Kingdom in June 1940.

Producer Tim Langlois told the audience that the day of premiere was a “poignant date” for the community as it was 82 years to the day since the evacuations began.

He said the film demonstrated “the breadth of talent in Guernsey,” and reminded the audience that all proceeds would be donated to the children of Ukraine via Moldova.

Mr Langlois said today’s children “understand hardship having gone through covid and seeing on the news what’s happening in Ukraine,” as he pointed out close to 50% of refugees from the Russia-Ukraine conflict “are minors”. 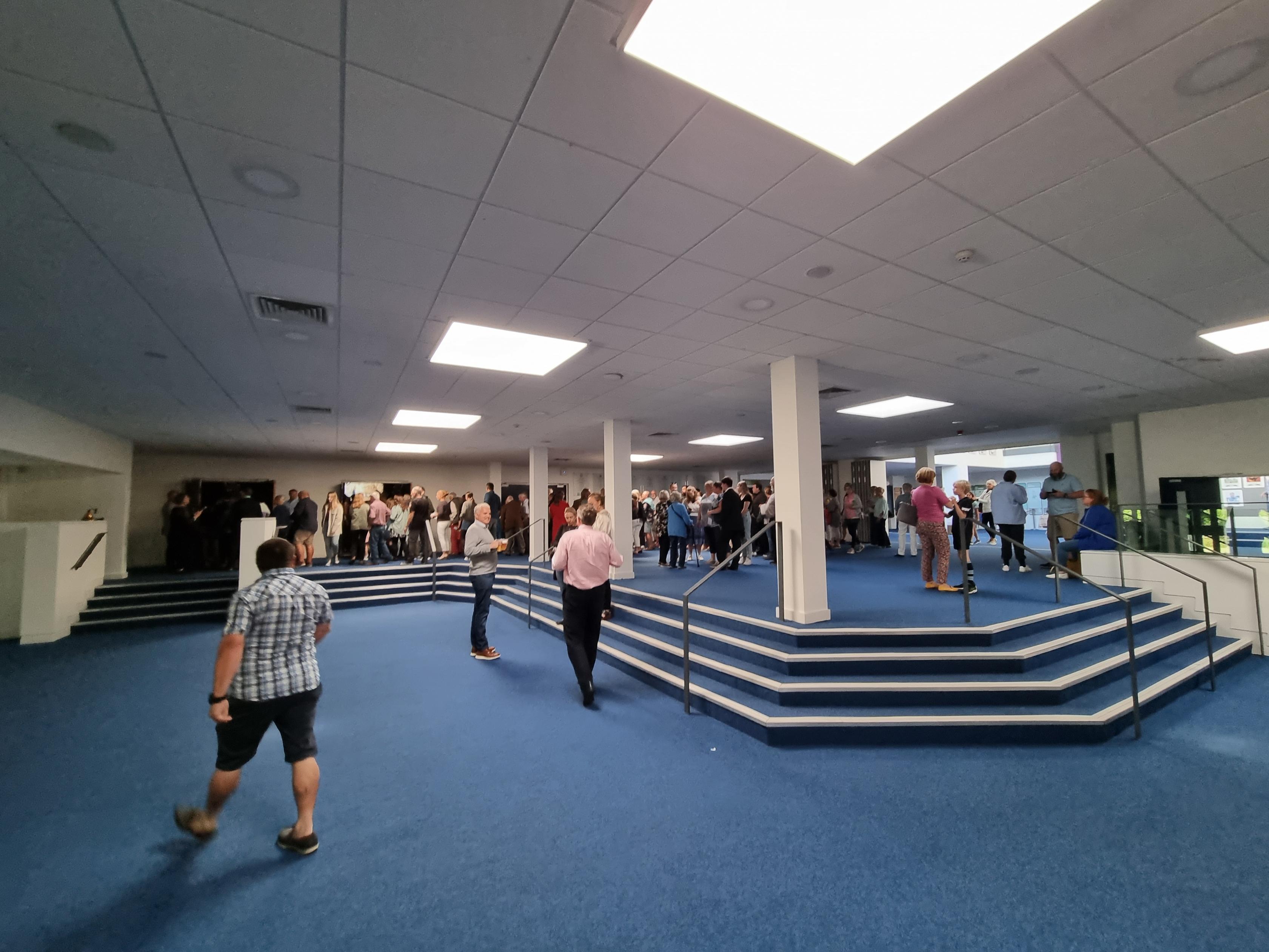 Pictured: Audience members filtering into the hall for the 19:00 screening.

Martin Cordall, who co-devised the original stage musical alongside the late John Loaring, said he was “privileged” to be involved.

“As a young composer, whoever would’ve thought it would end up a feature film,” said Mr Cordall.

“At school, me and [John] shared a love for musicals… and we didn’t make it up, it is all based on real stories.”

Director Elliott Cockett said after he was approached by Mr Langlois to make the film he “watched Les Misérables for the first time,” to gain a sense of the musical-film genre.

Mr Cockett, who was also Director of Photography, added “it was really great to be involved,” and thanked the many children and adults for their contributions. 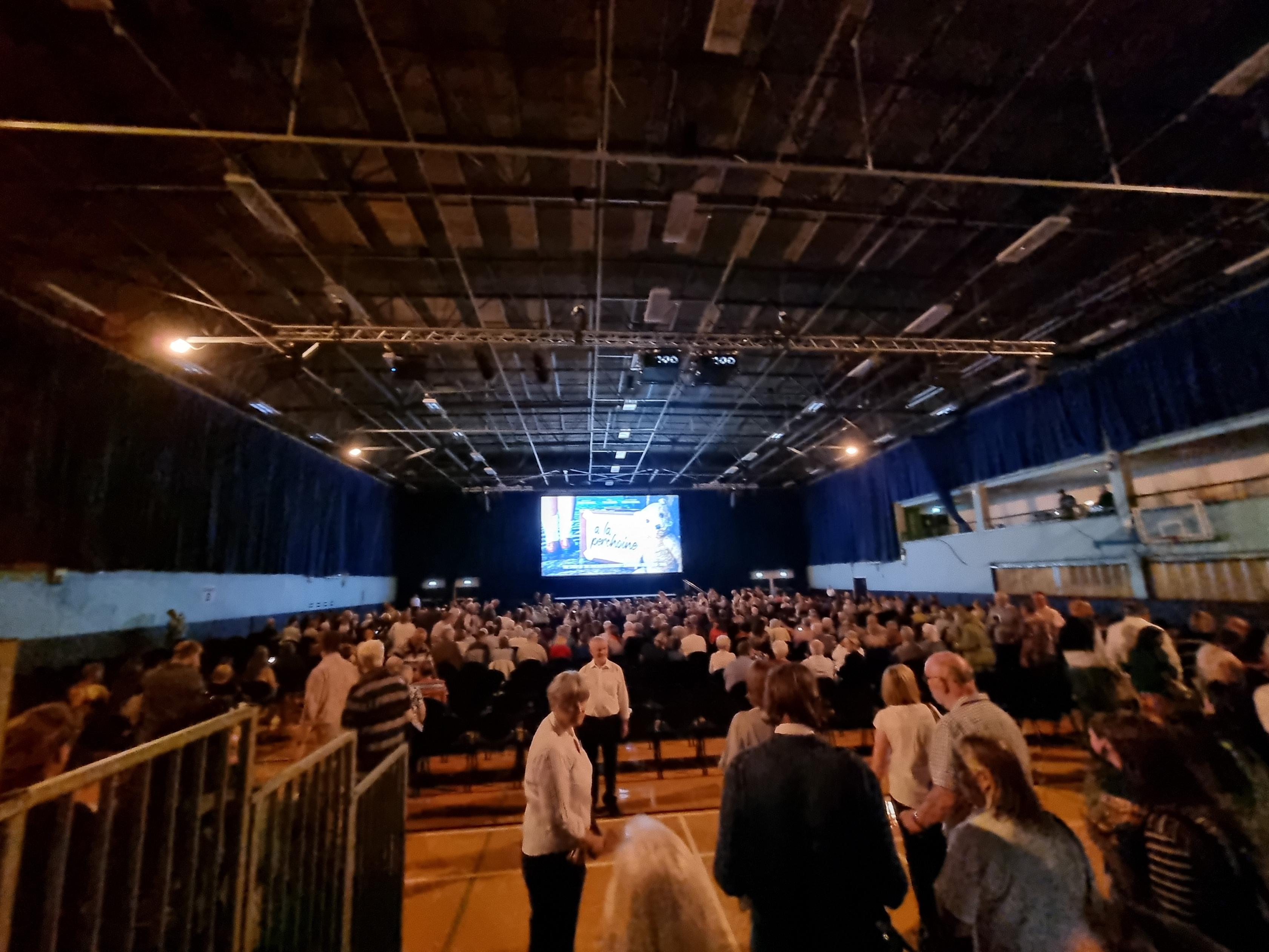 Pictured: The hall has capacity for up to 1,400 people.

Mr Langlois told Express just over 100 tickets remained unsold for the opening night, with people still trying to enter the carpark after the film started.

“I don’t want anyone to miss it,” he said, encouraging people to attend subsequent screenings which are showing from tonight until Thursday 23 June.

He said many had told him they were moved by the film: “It clearly has resonated with a lot of people."

Mr Langlois added that the upcoming DVD of the film will feature extra content including extended interviews of genuine evacuees’ testimonials which preceded the screening of the musical.