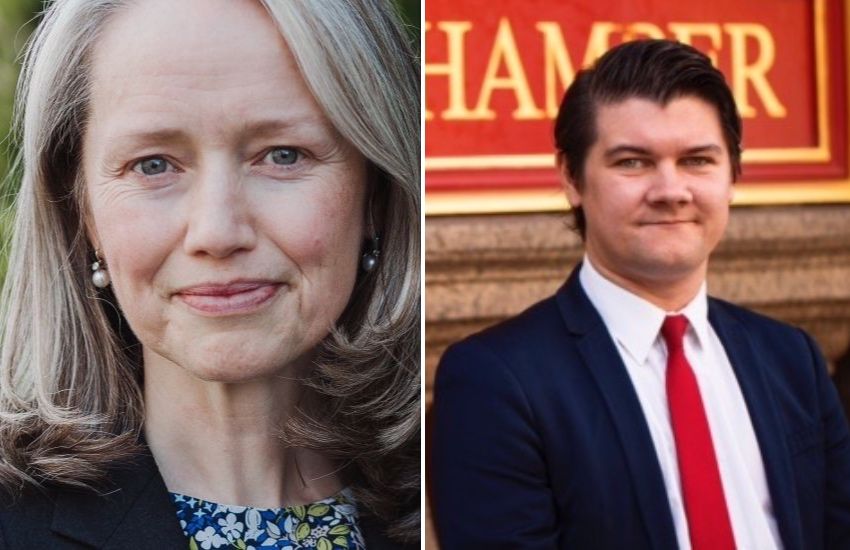 Jersey’s new Chief Minister will be selected in a special States Assembly meeting this morning... But how does the process work?

Deputy Moore appears to be in pole-position, having already secured the backing of nearly two-thirds of the new Assembly.

If elected, she will be the island’s first ever female Chief Minister and says she will complete 18 key actions in her first 100 days, including limiting the number of houses that can be built over 3,000sqft to focus on housing shortages, reorganising government by realigning ministers with departments and create a Cabinet Office, and appointing an Assistant Minister to review the Our Hospital project.

Deputy Mézec, who has the backing of nine Reform Jersey colleagues, would be the youngest Chief Minister to date.

He has been clear that, if elected Chief Minister, he and his Council will implement the pledges set out in his party manifesto.

These include: declaring a housing crisis and urgently implementing the party’s action plan, removing GST from food; and providing cheaper GP appointments for people with long-term illnesses while working towards abolishing fees.

The two candidates have some common ground. Both wish to establish a public service ombudsperson, and ensure children are provided one nutritious hotel meal per day.

Both Chief Ministerial hopefuls would also urgently increase the minimum wage to £10-an-hour.

What is the process for selecting a Chief Minister?

The Greffier of the States will firstly read out the nominations and the Presiding Officer will then draw lots to determine the order in which the candidates will address the Assembly.

Each candidate will address the Assembly for up to 10 minutes.

This will be followed by up to one hour of questions from States Members.

When one candidate is being questioned, the other candidate must withdraw from the States Chamber to a place where they cannot hear the proceedings.

When the speeches and questions are concluded, a recorded vote will be taken.

The candidate who receives more than half of the votes cast will be elected as Chief Minister-designate.

When are Ministers chosen?

At a States Assembly meeting next week, the new Chief Minister will put forware their choice of Ministers.

For each ministerial position, other members can also make nominations, so it is possible for the Assembly to choose ministers that the Chief Minister did not want.

The votes for ministers will take place on Monday 11 and Tuesday 12 July, forming the Council of Ministers.

From Tuesday 19 to Thursday 21 July, the States Assembly will then put forward members for Scrutiny Panels and Committees.

Guernsey and Jersey ranked among most costly British airports for drivers

Wedding ring found... then thrown back out to sea