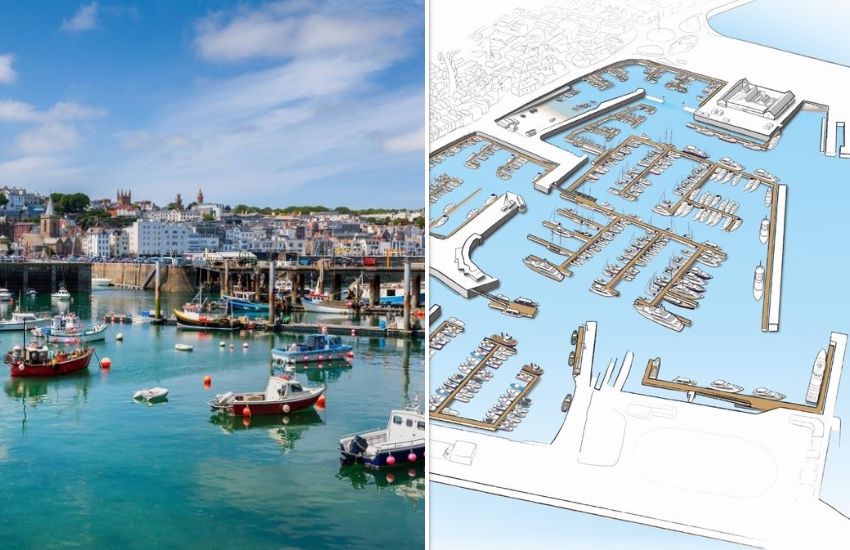 Several technical studies have been carried out which left no stone unturned as Guernsey's town harbour was surveyed to establish the feasibility of a new multi-million-pound marina in St. Peter Port.

Investigations into the pool marina project cost an estimated £2m, according to Chair of the Ports Board, Stuart Falla MBE.

Express earlier reported on the £90m plans to overhaul the leisure and commercial offering in the harbour, including dredging to create a 24-hour marina accessible by foot.

It is anticipated that a joint policy letter will be brought to the States’ Assembly for debate by the Committee for Policy & Resources and the States’ Trading Supervisory Board in March next year.

Further studies are yet to commence, including an environmental impact assessment which will assess what potential effects - positive or negative - a new marina may have, and how best to manage these.

If approved, it is likely to take at least three years before a boat is moored in any of the new berths.

Here, Express takes a closer look at how the proposals in their current form came to fruition... 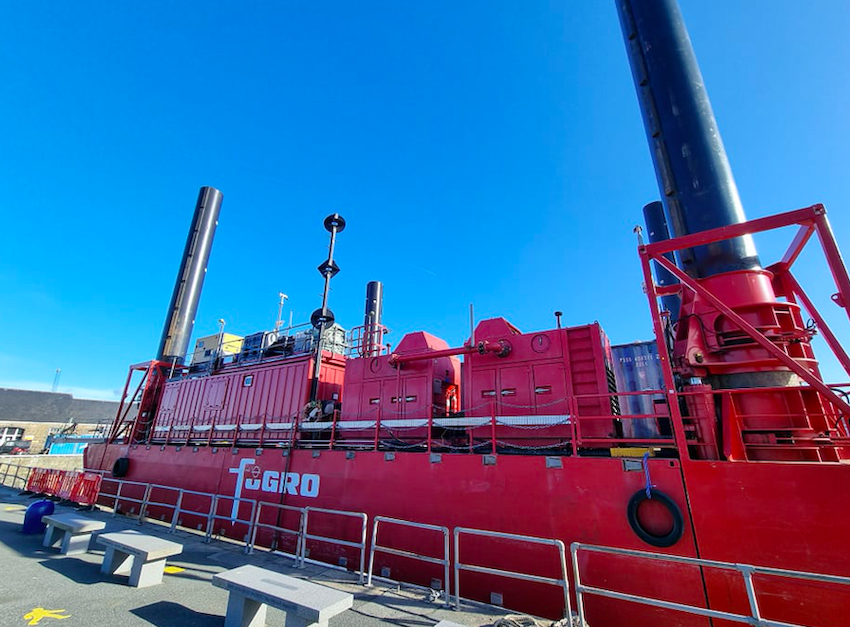 Pictured: The 'jack-up barge' moored at the Careening Hard earlier this year.

Eagle-eyed readers will remember a giant red barge silently drifting around the harbour for a month earlier this year.

Its purpose was to drill boreholes and collect samples from both on and below the seabed for analysis. The data helped to inform the extent of dredging possible and the best locations for new structures, such as the breakwaters and pontoons. Another survey looked at the existing structures to find the total area of dredging possible.

Jenny Giles, Programme Manager at Guernsey Ports, said the hope was to go “much deeper” than the structural foundations allowed. Therefore, dredging will not occur close to the existing piers.

Weathered rock was found in some areas which is “much easier to extract”, according to Mrs Giles

Up to four metres can be dredged from the main ‘pool’, up to three metres around the existing structures, and up to two metres in the fish quay area.

Samples were also tested for contamination from centuries of marine activities, finding only low levels. Another contamination survey would need to be conducted before any works commenced.

Mrs Giles added that any dredged material would need to be dumped in a suitable location which is yet to be identified. 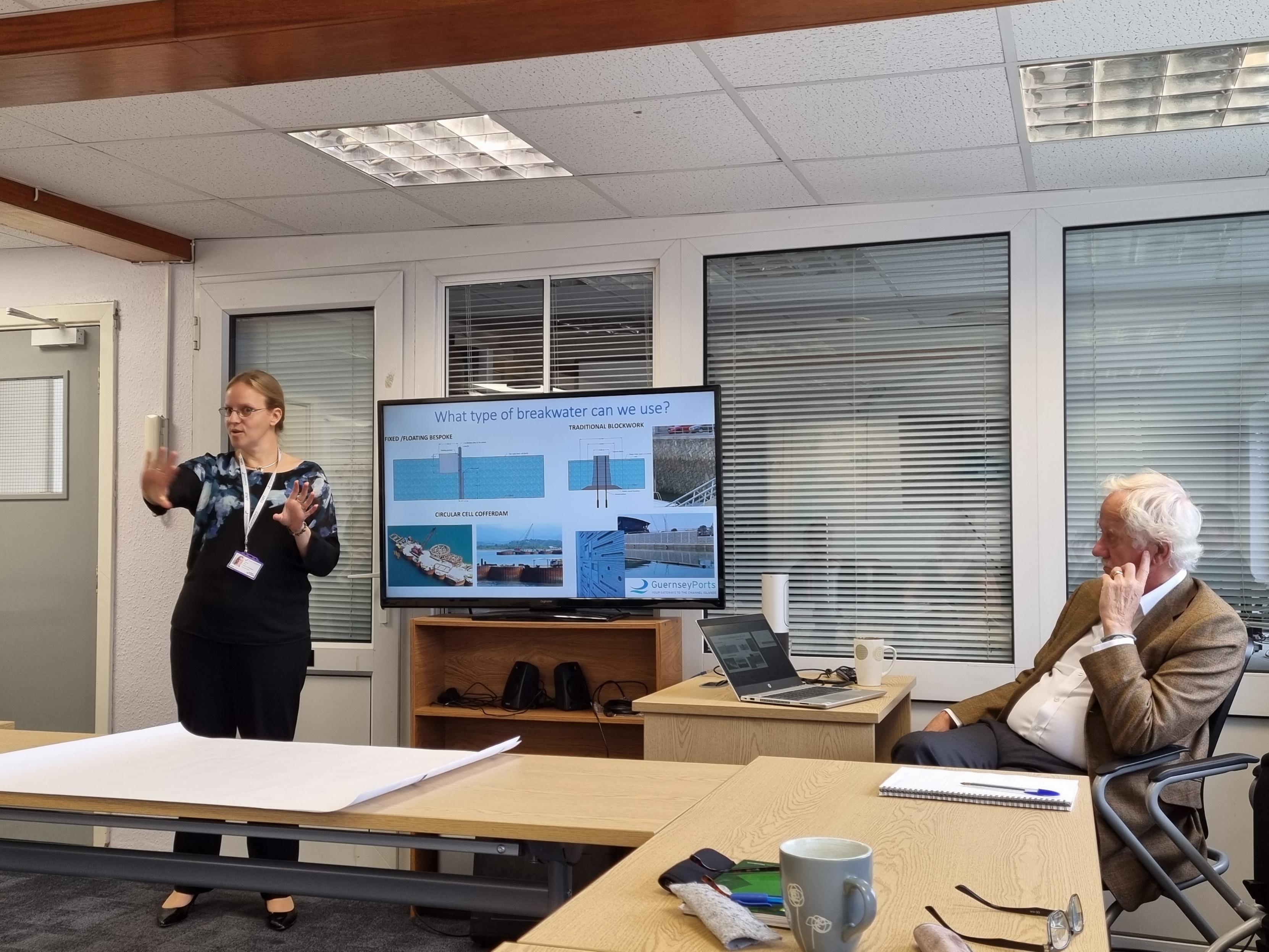 Pictured: Jenny Giles presenting the survey findings to the media on Monday morning.

Studies were conducted to see the effects within the harbour using a computer-based wave model, and the mitigations which could be provided by breakwaters.

Strong waves are created within the harbour during the worst weather conditions. Once a standalone breakwater was introduced in the centre, with another jutting out from the end of the model yacht pond, conditions became calmer in all areas.

The breakwaters also rendered the sheltering effects of the Fisherman’s Quay redundant.

Several designs of breakwater were considered, including floating and circular cell versions. However, the most durable and beneficial was found to be a traditional blockwork breakwater.

A separate simulator was used to assess how ferries and other large commercial vessels would be able to manoeuvre within the harbour, to ensure they would not be restricted by any structures.

Mr Falla also said the design "could be improved through tender", and claimed there is a possibility that multiple contractors could be brought in to share different parts of the development.

Harbour plans progress but no decisions made