Hopes for a rubbish free Bank Holiday at Cobo 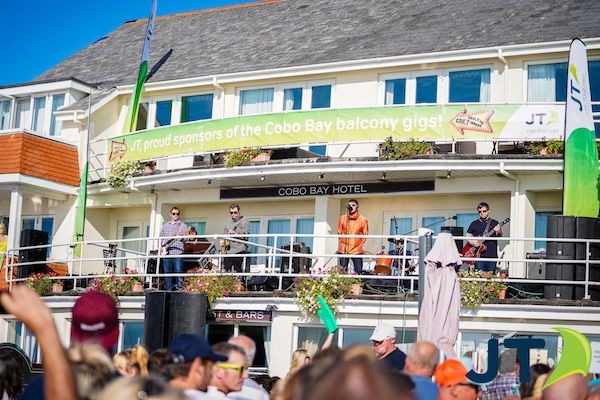 Hopes for a rubbish free Bank Holiday at Cobo

It's hoped that people enjoying the free music at Cobo today will either make use of the bins provided or take their rubbish home with them.

After complaints regarding the amount of litter left on the beach and in the surrounding areas followed the last May Bank Holiday balcony gig, the organisers shared with Express their detailed plans for preventing such a scenario.

David and Julie Nussbaumer have agreed that information can be shared again in a bid to prevent littering. 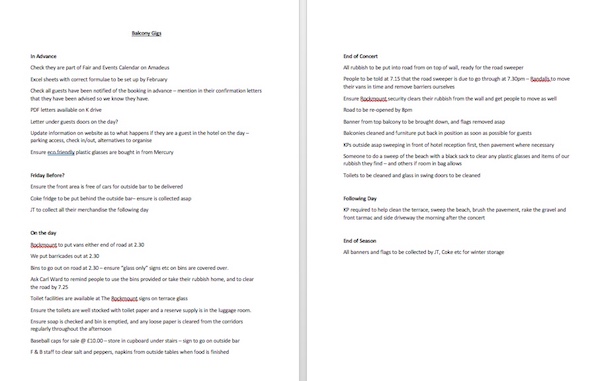 The Nussbaumer family, who owns the Cobo Bay Hotel, issue the above directions to staff when one of the free balcony gigs is planned.

David Nussbaumer, has previously told Express his staff made every effort to clear any litter left behind after the gigs including asking the compere, Carl Ward, to regularly ask those present, including those on the beach, "to keep our beautiful Cobo tidy!"

Following the litter left behind after the May Day bank holiday weekend gig, he said: "We were disgusted with the amount of rubbish left on the beach on Sunday evening and especially with the total lack of respect shown to the environment," adding "what a shame that the huge success of the day has been over-shadowed by a minority of inconsiderate people, whom we have no control over whatsoever."

Mr Nussbaumer describes his wife Julie as a "strong environmentalist" and said she was on duty all day during the last balcony gig. In a statement the couple explained to Express how they have an agreement with Island Waste for the balcony gigs, with the waste company supplying two 660L bins for the road, plus at least six 240L bins which are put out as well. At 19:30 following a balcony gig, Island Waste uses a road sweeper to cover the entire coast road area which is closed for the duration of the gig.

Mrs Nussbaumer previously said "we used to clear the road by hand, but it has become increasingly worse, leading to a road sweeper being required. People bring in their own food and drink then leave it all in the road for us to clear.

"The cost of disposal of this rubbish is split between ourselves (Cobo Bay Hotel) and The Rockmount, whether it eminates from purchases from our premises or not."

Mrs Nussbaumer added that she often clears litter herself by hand to try and prevent it damaging the environment. "I usually do a sweep of the beach myself after a balcony gig, collecting any plastic glasses which come from our bars, plus whatever other rubbish I come across."

However, following the last balcony gig, which was held over a record breaking sunny weekend, there was a large number of people still enjoying themselves on Cobo Bay long after the music had finished and the road had reopened. There remained a large amount of rubbish on the beach the following morning, with volunteer beach cleaners picking it up while taking a walk on the sand. 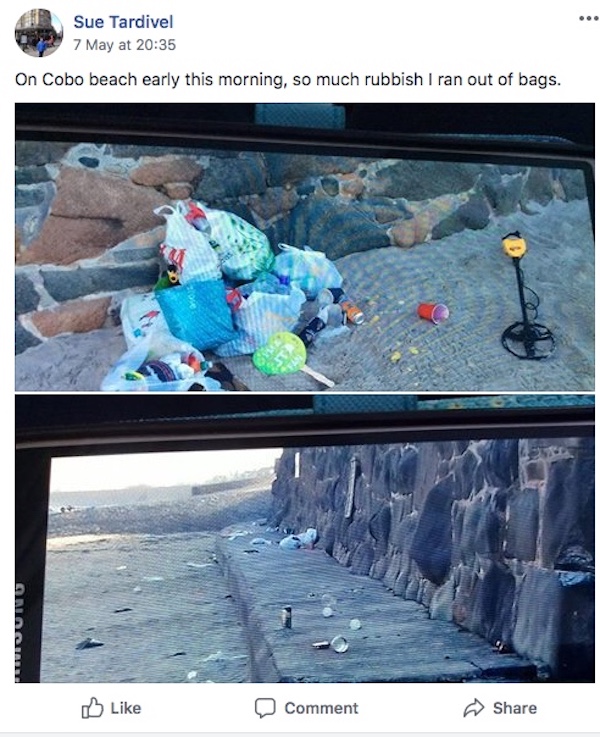 At that time, Mr and Mrs Nussbaumer said they are not sure how much more they can do to ensure the area is left clear after so many people use it to socialise during times of good weather. Mrs Nussbaumer said "there is a responsibility of the public to take their rubbish home with them, or dispose of it in the bins supplied."

In summary the couple said "we kindly ask people to use the bins provided at all times, not just at balcony gigs. It is in everyone’s best interests to keep our environment clean for the enjoyment of all, locals and visitors alike.” 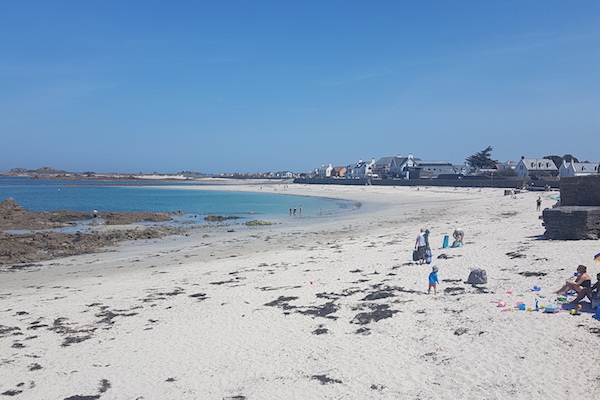 In response to the complaints about the rubbish left following the last balcony gig at Cobo, a joint statement was issued by Agriculture, Countryside and Land Management Services and Traffic and Highway Services.

It aimed to explain how some bins which were removed to reduce the burden of emptying them during the quieter winter months were all put back in place by Tuesday 1 May, which was the week before the sunny Bank Holiday Weekend.

"The “summer level” of States’ provision of bins and collections was in place by 1 May. This ensures that there are enough bins to cope with most summer days." However the statement adds that where there is a special event the organisers are required to provide additional recycling and general refuse bins, "when applying for their event, the organisers have to specify the additional litter collection arrangements they intend to put in place to supplement the States beach provision."

It is acknowledged that despite the best efforts of all involved some people will choose not to use bins and will instead leave their rubbish lying around. However, there are fines which can be issued if people are found to be littering with the same law applying to the beach as any other public area. That comes under the Fixed Penalty Notices (Band B) and can be issued by Guernsey Police to anyone found leaving litter on a beach or the road under The Refuse Disposal Ordinance, 1959.

Traffic and Highway Services and Land Management Services said their staff will continue to work with the Cobo Bay Hotel and other businesses in the area to try to minimise the amount of littering in the area.