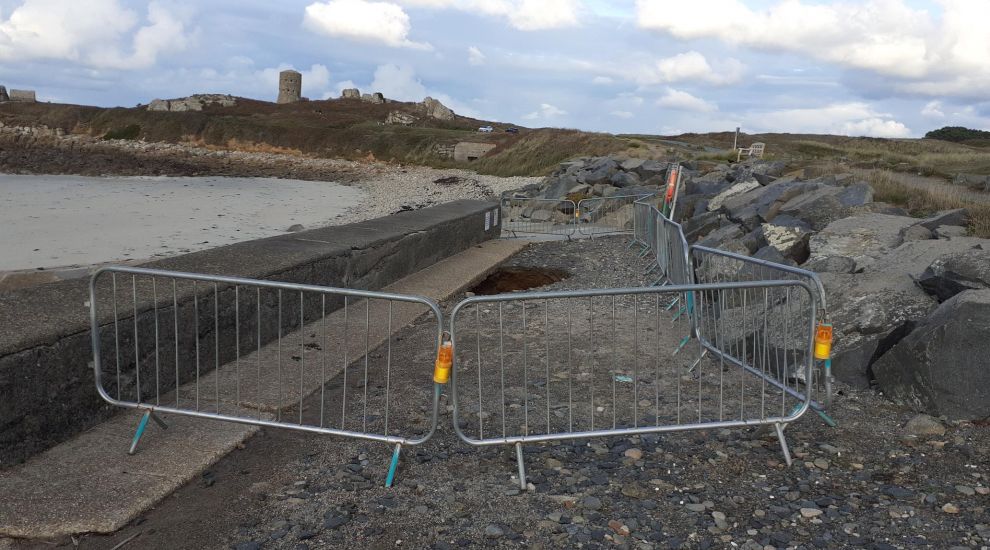 A hole has developed in the land immediately behind the wall at L'ancresse East - near to the slipway, by the kiosk.

Metal barriers have been put in place around the hole and members of the public are asked to steer clear of it.

Engineers have already been on site today to see what has caused the hole, and how it can be repaired.

It's planned that repairs will get underway next week, and the safety barriers will remain in place until after that time.

The hole is believed to have "quickly grown in size".

A spokesperson for the States' griculture, Countryside & Land Management team said "because of the nature of the land in this area, the risk of type of hole appearing is higher than in other parts of the coastline.

"If members of the public discover any new holes in the area, they are asked to contact Agriculture, Countryside & Land Management by emailing aclms@gov.gg." 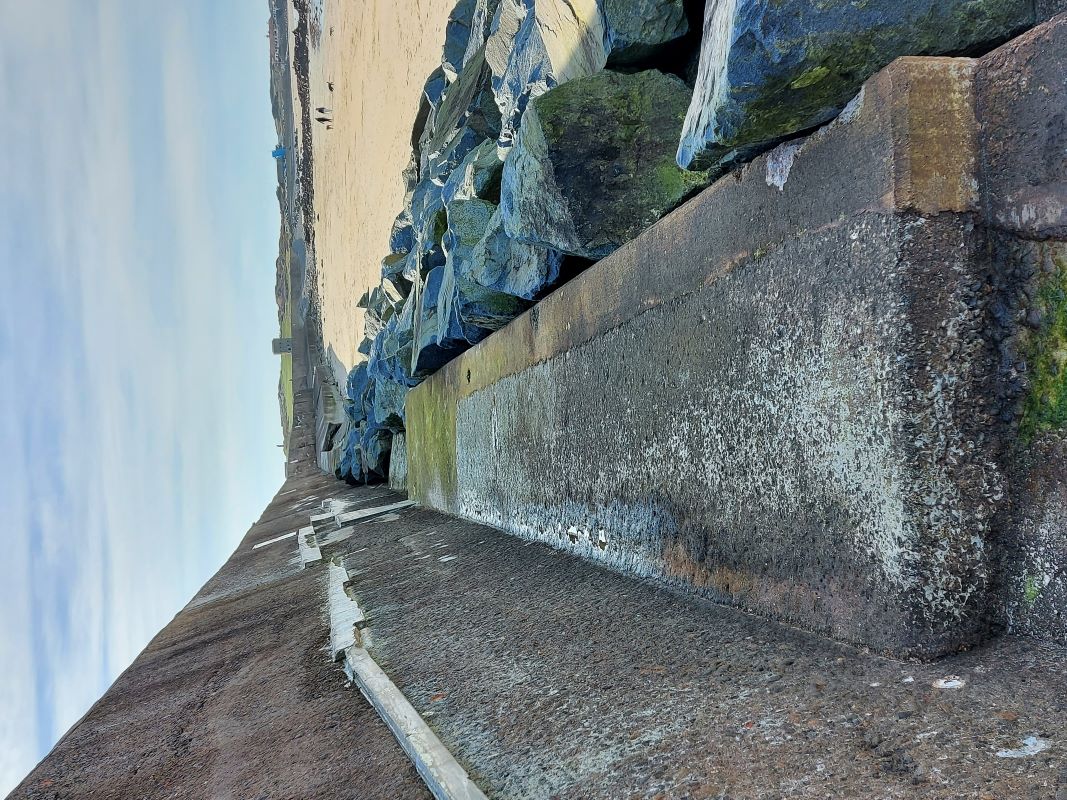 Pictured: The wall at L'ancresse was built as an 'anti-tank' defence by slave workers on the command of the German Occupation forces.

The wall which stretches the length of L'Ancresse Bay is an anti-tank wall, which dates back to the Second World War and the Occupation of Guernsey.

The eastern section of the anti-tank wall is visibly damaged in sections. This damage has made the wall the subject of considerable political and public debate in recent years.

In 2017, the States voted for a £1million scheme to remove the damaged section of the wall - known as 'L'ancresse East'. The plan then was to manage the realignment of the coastline, including the gradual development of a dune-backed beach.

But in April 2020, six months before the general election, the States approved a Requête which suspended the managed realignment scheme and instead directed extensive maintenance of the wall. The Requête estimated that such a maintenance programme would cost around £300,000, but the Committee itself has consistently estimated that the costs would be around £1million.

The President of the Committee for the Environment and Infrastructure since the election in October 2020, is Deputy Lindsay De Sausmarez.

Earlier this year she said her Committee favoured a "minimal approach" and that their current plans were "developed through constructive dialogue with the remaining requérants" and the Policy & Resources Committee.

They think it's 'wall' over