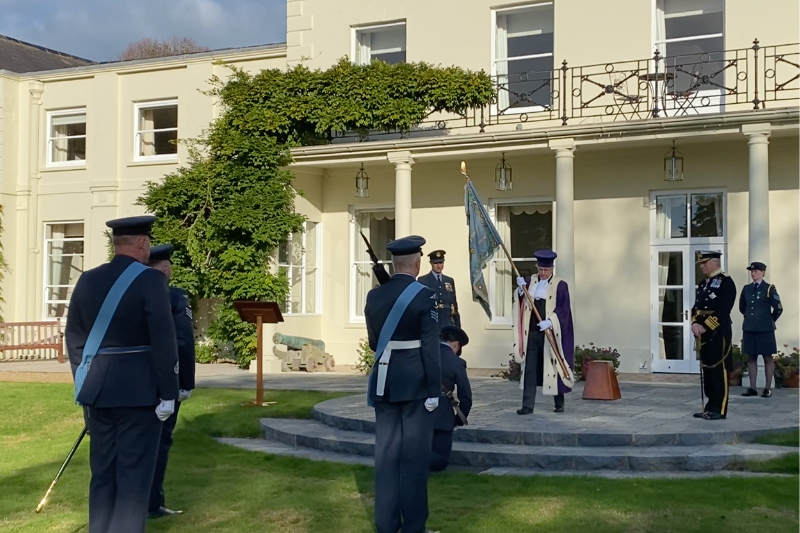 ‘Guernsey’s Own’ RAF Squadron 201 has received its standard from the Bailiff in a ceremony at Government House, prior to its re-launch as an operational Anti-Submarine Warfare unit.

Wing Commander Smolak said: “It is an exceptional honour for me to be receiving the 201 Squadron Standard from Guernsey. The Squadron is now very much ‘up and running’ with a priority task to train new aircrew for the Poseidon P8." 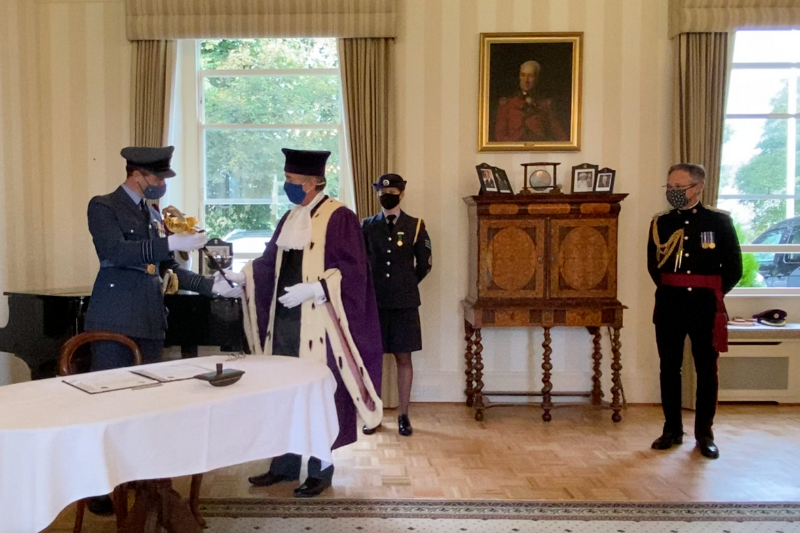 “The Squadron is looking to the future of airborne maritime patrol operations with world leading aircraft and world class aviators. However, it is our history and our heritage that sets us apart. And for the 201 Sqn, that heritage is tied to Guernsey.”

Initially formed in 1914, the Squadron became affiliated with Guernsey in 1939 as part of a programme to link areas around the UK and to encourage support and recruitment for the RAF. The affiliation is thought to be the last one remaining from the programme and acknowledged by the Air Force Board.

The Squadron has a long and distinguished history, with Battle Honours from both World Wars and has been directly engaged in all of the most recent UK military operations.

Mr McMahon said: “It is a great pleasure to see this enduring partnership reinvigorated today as the Squadron reclaims its Standard, with which Guernsey has been proud to be entrusted for the past 10 years.”

WATCH: 'Guernsey's Own' RAF 201 Squadron was presented with the Standard at Government House.

The Squadron was also granted the Privilege of Guernsey in 1994 on its 80th anniversary, granting freedoms, and is the only one of its kind between the island and a unit of the Armed Forces.

“With the Squadron re-formed, we can now look forward to it exercising its right once more to march with colours flying, drums beating and bayonets fixed,” add Bailiff Mr Richard McMahon.

“I am really delighted to see the Squadron reclaim its standard, which was lodged at Government House for safe keeping under my predecessor, Air Marshal Peter Walker, in 2011. 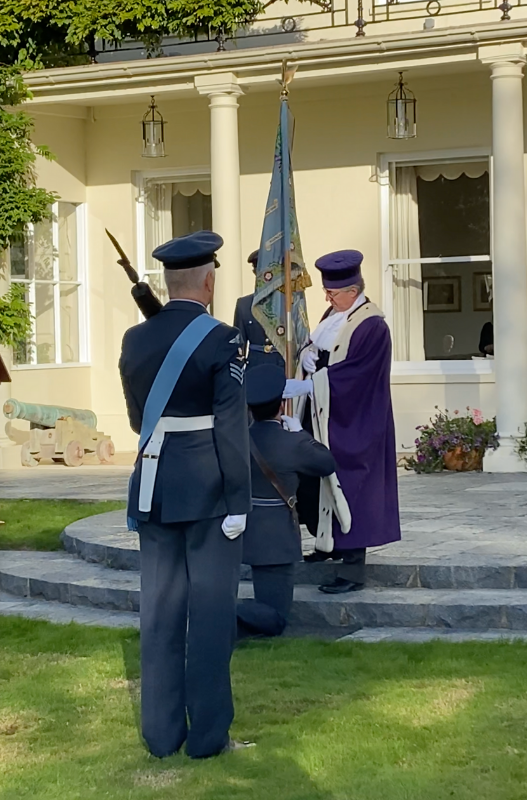 Pictured: 201 Squadron’s Standard displays eight battle honours of a possible 15 and is the only Standard permitted to display the Croix de Guerre, awared in 1917 in recognition of the Squadron’s heroic efforts in the third battle of Ypres.

“As a submariner, I know how significant it is for the UK to be regaining its airborne Anti-Submarine Warfare capability. The Maritime Patrol Aircraft role has long been of paramount importance to the defence and security of the UK and I’m very pleased to see it returning.”

Squadrons are eligible to receive a Standard after more than 25 years’ continuous service or for ‘especially meritorious’ operations.

The Standard will be paraded in front of the full Squadron in a ceremony at RAF Lossiemouth later this year when the unit officially reforms. Members of the Squadron are set to visit Guernsey in 2022.