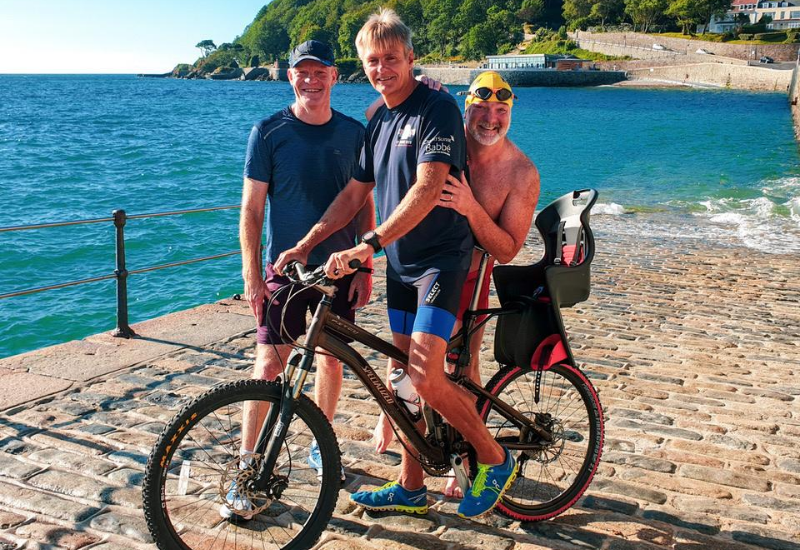 Individuals and teams from local business are encouraged to take part in the triathlon-inspired event, which is organised by Credit Suisse.

It will include a 200-metre swim in Havelet Bay, a two-kilometre cycle up and down the Val De Terres, and running laps between Castle Cornet and South Esplanade.

This year, Chief Minister Gavin St Pier and ‘Oceans Seven’ swimmer Adrian Sarchet have taken on the role of Ambassadors for the Hel(l)vetia Challenge. Deputy St Pier said that the event embodies the Guernsey Together spirit that the island has needed over previous months.

“I think it’s great that a major employer for the island is leading an event encouraging people to go out and try something a bit different,” he said. “Particularly in the spirit of this year, it’s another event we’re able to hold that a lot of jurisdictions can’t.”

“I would encourage everyone who can to take part.” 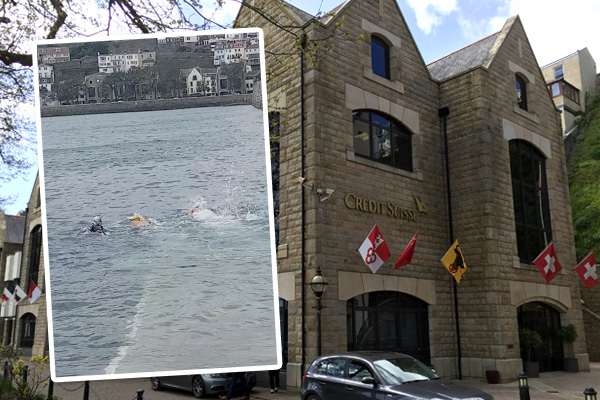 Pictured: Credit Suisse will be sponsoring Les Bourgs Hospice for this year's Hel(l)vetia Challenge, while other participants are invited to support any charity of their choosing.

Mr Sarchet, one of only 21 people worldwide to complete the ‘Oceans Seven’ swimming challenge, said he enjoys the event “because it brings the entire community together to have fun and raise much needed funds for Guernsey charities, in one of the most beautiful spots on the island. I look forward to swimming with as many teams as I can on the day.”

This year, organisers Credit Suisse have chosen to sponsor Les Bourgs Hospice. Paul Annegarn, CEO of Credit Suisse Guernsey, was delighted that the event could go ahead this year.

“Guernsey is in a unique position to host an event like this and we intend to make the most of the opportunity,” said Mr Annegarn. “I would encourage all corporations in Guernsey to put forward at least one team to take part. We really want to make this year’s event the best yet and, more importantly, raise much needed funds for the island’s charitable sector.”

The Hel(l)vetia Challenge will take place on August 27 from 12:00 to 17:00. Anyone wishing to register as a team or individual can do so at https://race-nation.co.uk/register/helvetia-challenge/helvetia-challenge-2020 or by contacting challenge.helvetia@credit-suisse.com.