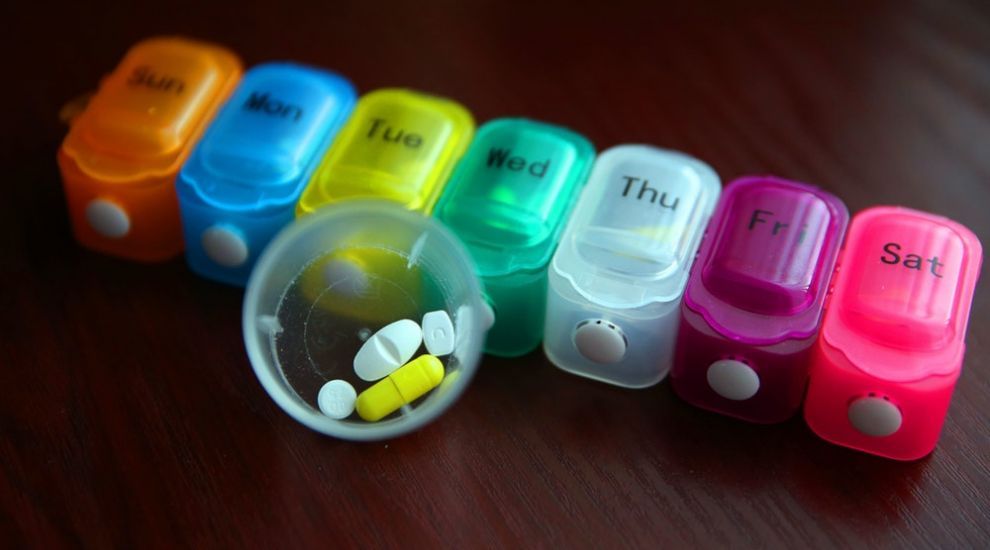 A report compiled by an NHS consultancy is being used to support Health's proposals to introduce NICE drugs at an initial cost of £13.4 million for the first two years.

The Committee have already outlined a funding gap of £20 million which would exist by 2027 without the introduction of the scheme and said it should not take precedence over general healthcare reforms.

The report by Solutions for Public Health found that there would be an initial backlog of 2769 patients eligible to be given National Institute for Health and Care Excellence (NICE) approved drugs and treatments in the island, year on year the estimated amount of patients per annum is thought to be around 630.

NICE is a Non Departmental Public Body, accountable to the Department of Health in the UK but independent of government. Since 2005 it has been advising the UK government on which drugs and treatments it should be funding.

Its presence in Guernsey has been reviewed as the result of the amended Roffey Requête debated by the States of Deliberation in December 2018. One of the conclusions outlined by the Committee as a result thus far is that the gap between healthcare provisions available in the UK and in the Bailiwick is at an "unacceptable" level.

The proposals are to provide funding for 160 currently underfunded NICE approved drugs and treatments (the majority being drugs) currently not available to Guernsey and Alderney patients.

The suggestion is that the States move towards introducing the drugs by assessing their INCER rating which works out the cost effectiveness of treatment based on a value of years it will add to the patent's life as well as the quality of that life (QALY). This is compared to the cost of alternative treatments and a difference between the two values is calculated.

Year on year a wider margin between INCER rated treatments will be introduced beginning with introducing individual drugs and treatments which represent an INCER range of below £30,000 (very cost effective) up within four years to up to £100,000 additional cost.

Pictured: A four year proposal for the scheme, however a review to be undertaken at the end of  the second year would assess the impact of the above changes and whether they have had a material impact on patient outcomes. This will determine the approach to the next stages of work to introduce drugs and treatments with an ICER value above £40,000.

Although 88 of the 156 drugs not currently available in the Bailiwick are for cancer drugs the forecast patients eligible for the scheme in the first year shows a majority of those accessing NICE drugs would be doing so for cardiovascular treatment.

"Should the States of Guernsey choose to fund the 71 TA (Technical Appraisal) recommendations within this option with an ICER of less than £30,000 per additional QALY gained, 2,769 patients would be likely to switch to the TA treatment or start treatment within the first year (the backlog) and an estimated 630 new patients per annum would start treatment in subsequent years. This means that the 71 TA recommendations in this option account for 82.7% of the estimated number of patients to be treated in the first year and 80.6% of the number of new patients estimated to be treated per annum thereafter."

The table of the SPH report's forecast patient numbers and associated costs for this option can be seen below: 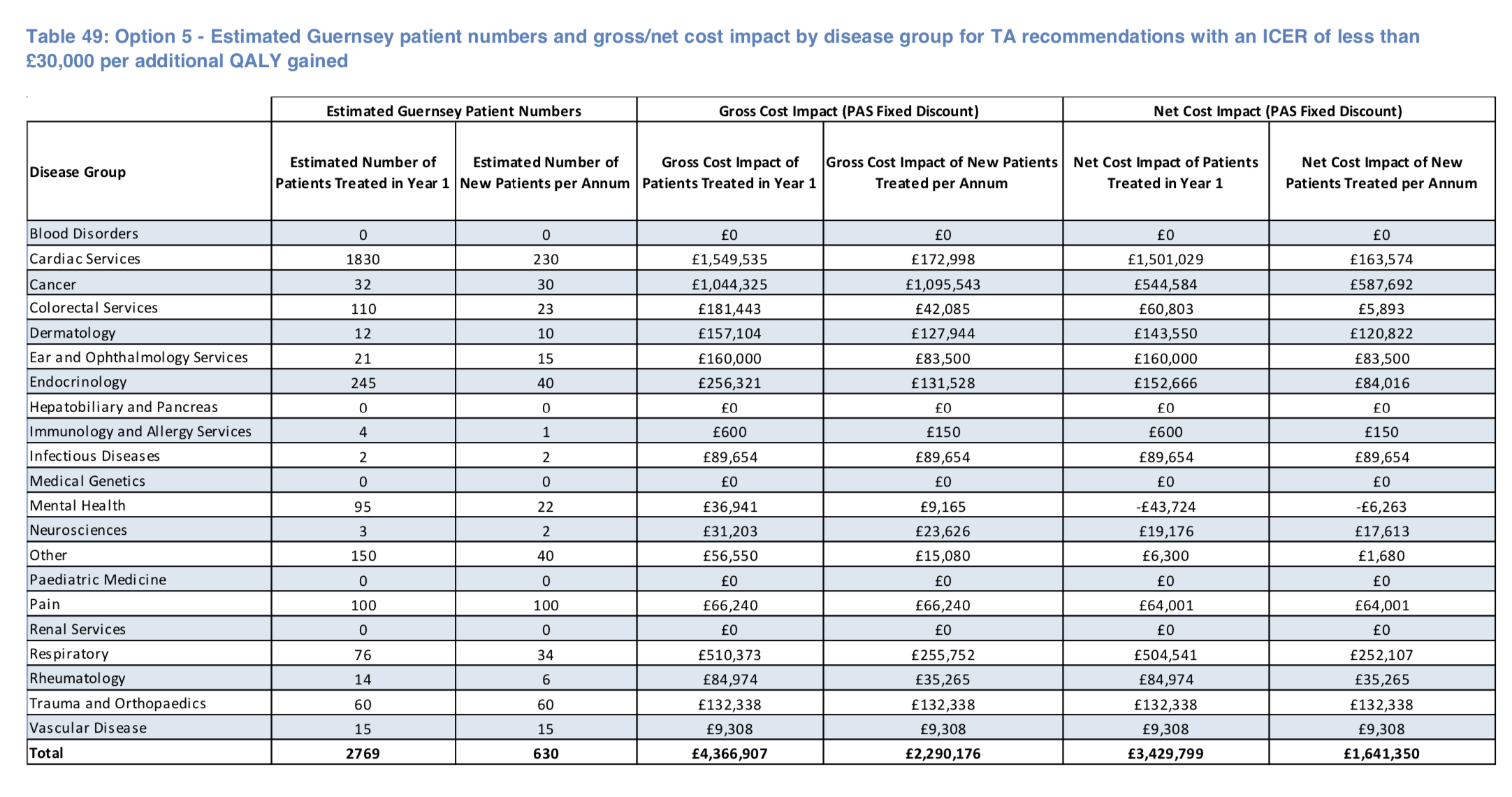 A spokesperson from HSC said it believes it is important that the decision as to how to implement NICE TAs is not made in isolation but seen in the context of the budgetary challenges it faces.

"KPMG stated that a £20m funding gap would exist by 2027 even after transformation. After years of disciplined spending across HSC it is clear that current budget levels are unrealistic before even considering bringing in new drugs and treatments. Just looking at the latter without addressing the underlying pressures being faced will result in growing opportunity costs across the rest of the service and ultimately lead to greater funding pressures further down the line.

"The proposals to fund new drugs and treatments must also been seen in the context of the Partnership of Purpose. This sets out a roadmap for the wider transformation of health and care that focuses on the prevention of ill health; ensuring fair access to care for all and the delivery of user-centred services. With the above budgetary challenges in mind, the Committee is mindful that funding new drugs and treatments should not be at the expense of other investments in the health service which support the long-term transformation of health and care," they said.