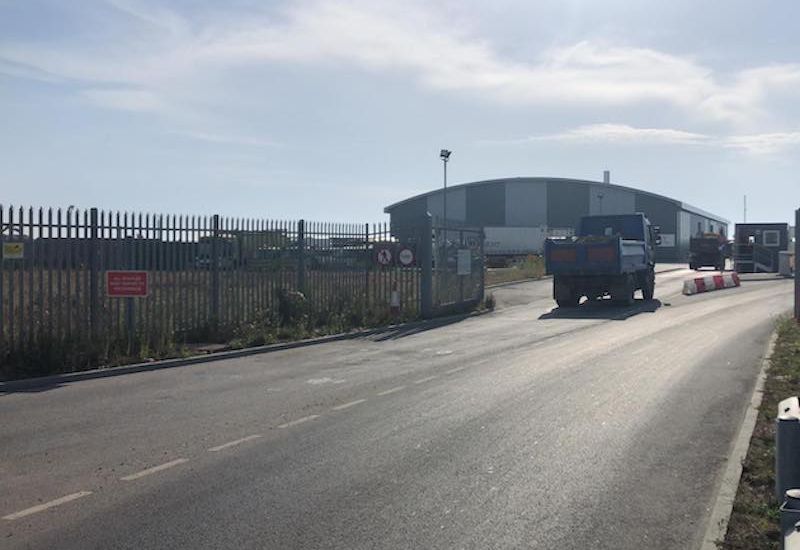 Officers in Hazmat suits were called to the Longue Hougue Waste Transfer Station this morning after a powder-like substance in a rubbish bag triggered the fire alarm system.

The Guernsey Fire & Rescue Service was called there at around 7:30 and were there until almost 9:00 following reports of a potential hazardous material incident.

States Works Manager of Waste Services, Joe Adams, said the incident had fortunately not been a serious one.

Operations were only halted briefly while the airborne powder was cleared using the facility’s air extraction system.

However, he warned that there were some dangerous items that do pose a risk to the staff and equipment at the transfer station, which must not be disposed of in general rubbish.

This includes gas canisters, flares, and batteries, while aerosols are also potentially flammable when pierced by the station’s shredder, but can be recycled safely using the blue kerbside recycling bags. 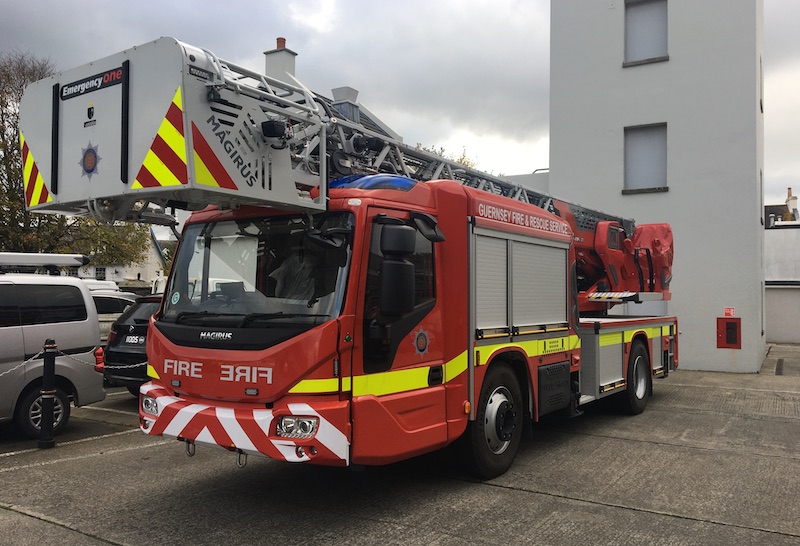 Pictured: GFRS sent two appliances, an operational support unit and a duty officer to the scene.

“The incident this morning was not a serious one, but on previous occasions when Guernsey Fire & Rescue have had to attend the site it is because a flare or gas canisters ignited," said Mr Adams.

“Fortunately, on each occasion, our fire suppressant system has prevented any major damage. However it could have been much, much more serious, so we would just take this opportunity to remind people not to dispose of dangerous items.

“Two of the most recent incidents were caused by flares, which someone had carelessly disposed of in their general rubbish. They could have gone off at any time, including in the back of the compactor vehicle, or when it is being picked up by the collection crews, with a real risk of serious injury. That equally applies to our staff at the transfer station.”

Flares can be disposed of at the Harbour office, Police Station or by contacting States Works for collection free of charge on 240971 or emailing hazardouswaste@gov.gg. Any local commercial company involved in the marine trade should also be able to provide advice on their disposal.