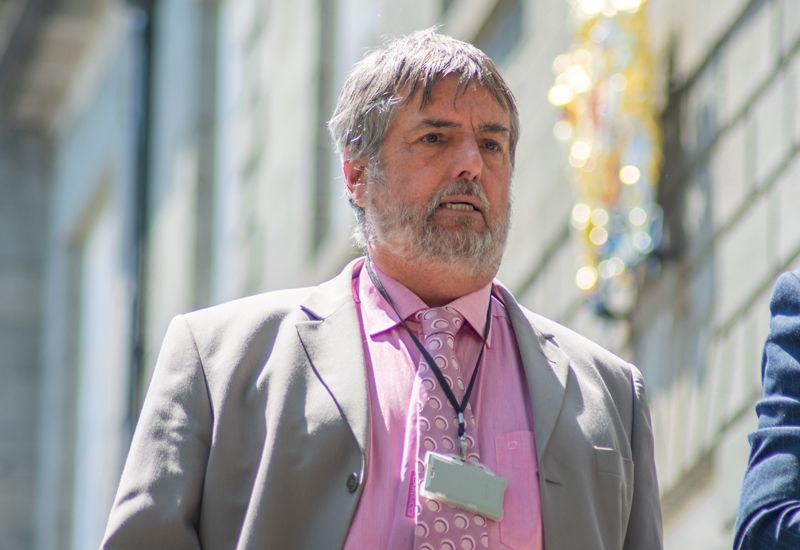 Cash-strapped islanders will be hit by increasing contribution rates because of shortfalls in the long-term insurance fund - which currently pays around £50,000 a year towards the care needs of some residents who have never paid into the system.

The States has agreed to increase employees and employers contribution rates year-on-year to help prop up the long-term insurance fund, which is set to be depleted in the next 30 years based on current contribution rates and outgoings.

Employment & Social Security Deputy Peter Roffey presented the proposals, but also sought ‘in principle’ support to change the residency conditions to qualify for long-term care benefit in order to reduce the financial burden on those making contributions to the public purse.

At present, people who have lived in Guernsey for a continuous period of five years - including their childhood - can return to the island and qualify for long-term care benefits totalling £48,880 a year after 12 months of residence.

Pictured: The current and now agreed contribution rates for the years ahead.

His committee wants to instead introduce a sliding scale of long-term care benefit entitlement based on length of residency in the Bailiwick and taking into account the capital value of a person's home in the income support means test.

“Firstly, this is to increase fairness, and secondly to save money, something which every committee has at the top of their agendas at the moment,” said Deputy Roffey.

“Is it really fair for the hard-pressed working age population to fund all of the care needs for someone who has only relocated to the island six or seven years earlier, has paid little into the scheme and whose own personal circumstances mean they could well afford to pay their own social care?

“We are asking nurses, plumbers and teachers to pay for the care needs of recent arrivals to make sure that their assets, which may be in the millions, can be passed completely intact to their heirs.”

The Committee has suggested the following sliding scale as ‘fairer’ qualifying criteria given Guernsey’s financial situation:

• no entitlement for less than five years aggregate residency in Guernsey;

• 25% of the full rate of benefit for individuals who have been ordinarily resident in Guernsey for an aggregate period of 5-10 years;

• 50% of the full rate of benefit for individuals who have been ordinarily resident in Guernsey for an aggregate period of 10-15 years;

• 75% of the full rate of benefit for individuals who have been ordinarily resident in Guernsey for an aggregate period of 15-20 years;

• 100% of the full rate of benefit for individuals who have been ordinarily resident in Guernsey for an aggregate period of 20+ years.

These changes, if approved in full at a later date, will only apply to new claimants, not people already in the receipt of these benefits.

Deputy Neil Inder was one of the first to respond in debate, suggesting that the solution “needs to go further than that.”

“Simply I am of the view that once you hit a certain threshold there is a points-based system and effectively private medical insurance for people who move to the island. It is getting that serious.”

He said his comments were not targeted at workers who come over, contribute to Guernsey’s economy and build a life here.

“It is not fair. You should not have your house in Salcombe sitting there earning rent, coming to the local residents’ wing, and getting our sons and daughters to pay for it.” 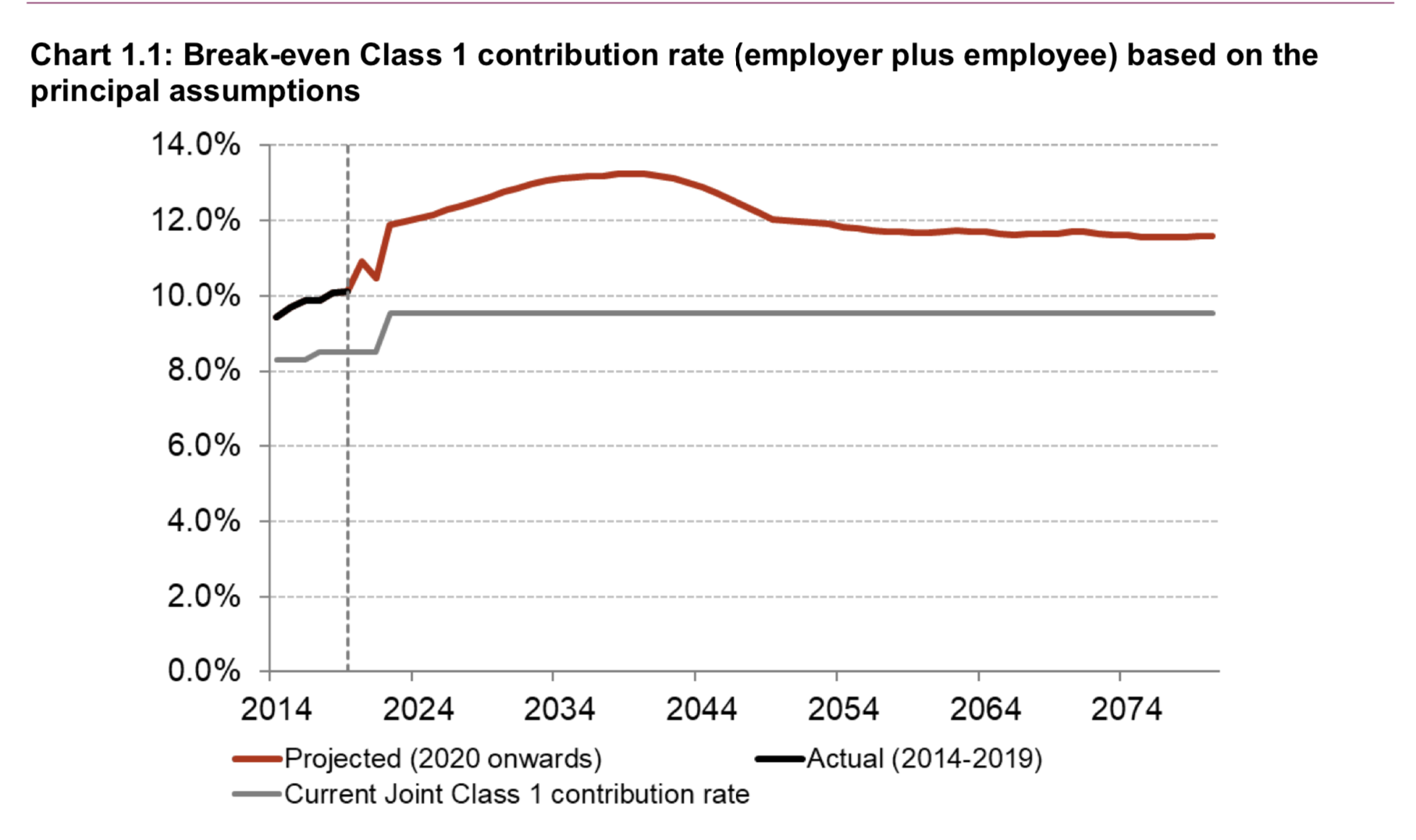 Pictured: The Long-term Care Fund is designed to assist with the costs of care in private nursing and residential homes. If the current contribution rates and spending levels are maintained, it is projected that the balance will empty by 2053.

Deputy Sasha Kazansteva-Miller asked for further information about how voluntary and other non-fiscal contributions to society would be calculated, while Deputy Rob Prow said there must be ‘red flags’ in place to protect, for example, people with mortgages.

Health & Social Care President Al Brouard expressed his own difficulties with the questions that arise from the current entitlement rules. He said he could see both sides of the debate.

“However, what I struggle with is those people who are working now, who are saving up for a house, they can’t afford a house, and we are asking them to pay more so that someone else’s parents can have free nursing care so that family can preserve their inheritance. I struggle with that.”

The uplift in contribution rates were approved by the States. Members also gave their support to ESS to develop full proposals for a new system of entitlement to long-term care benefits in line with the terms set out above. This motion was approved by 34 votes to four - with Deputies De Lisle, McKenna, Oliver and Haskins opposing and Deputy Dyke abstaining.