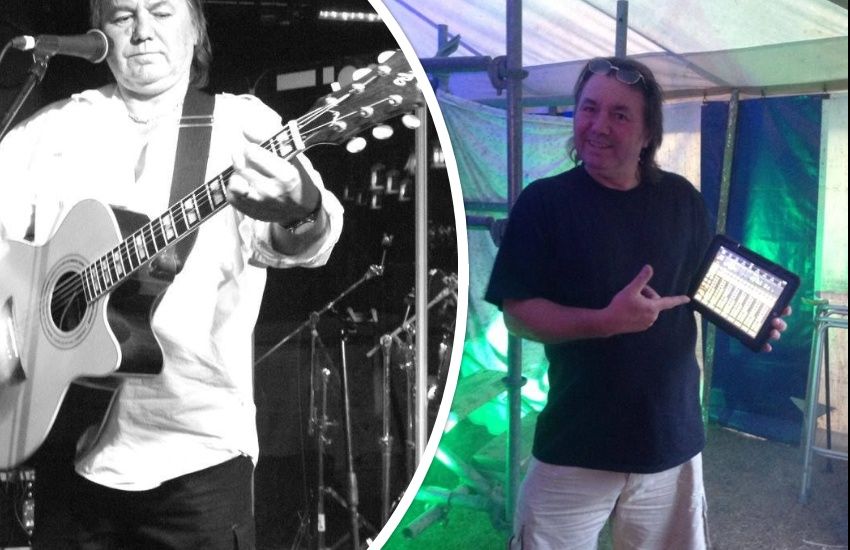 One of the most iconic behind-the-scenes forces of the Guernsey music industry has said his passion comes from the desire to help other people.

Mr Guillou has taught more than 10,000 islanders to play the guitar after an arguably traumatic twist of fate saw the end of his career as a chef.

“I was in a serious motorcycle accident in the early 1980s and was hospitalised for three months. I sustained multiple injuries including a broken leg and stunned nerves in my arm,” he said. 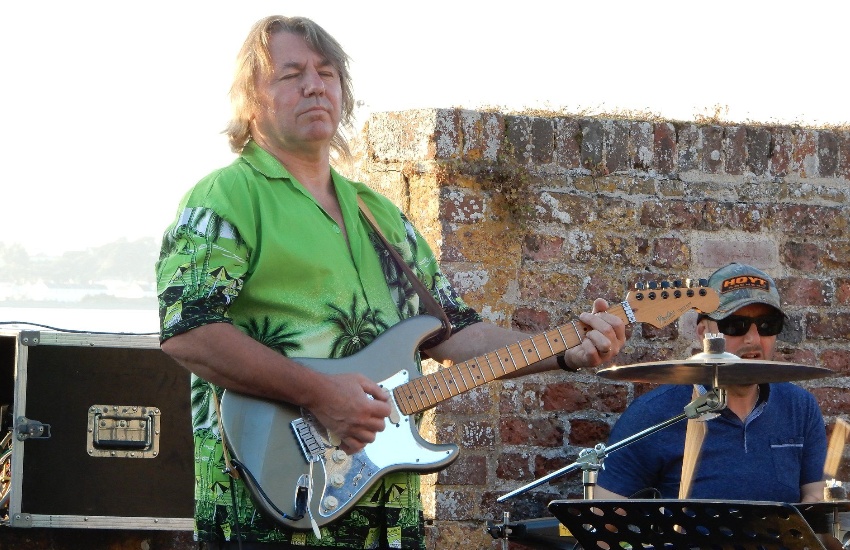 Pictured: Mark Guillou has been playing guitar since 1970.

Mr Guillou continued: “My arm was practically frozen in position from when the accident occurred in May until the end of December that year when I was suddenly able to move it slightly. I had been to see a nerve specialist in the UK in the November who had told me it would eventually heal on its own but hadn’t been able to give me a timeframe so it was a waiting game.

“I went back to my GP when I could move my arm a bit and, although I eventually regained use of my arm, it was apparent that I wouldn’t be able to continue as a chef because I wasn’t even able to take things in and out of the oven.”

Mr Guillou said it was after that realisation that he decided to become a guitar teacher.

“I knew I needed to find another career; I had been playing guitar since 1970 and thought I might like to be a teacher,” he said.

“My mother had said that I needed a 'proper job' and so I moved out of home and started teaching guitar lessons from my new flat.

“Eventually I was asked to teach at, what was then, Daryl’s Music House before opening my own studio in the Charroterie complex, which was eventually knocked down.” 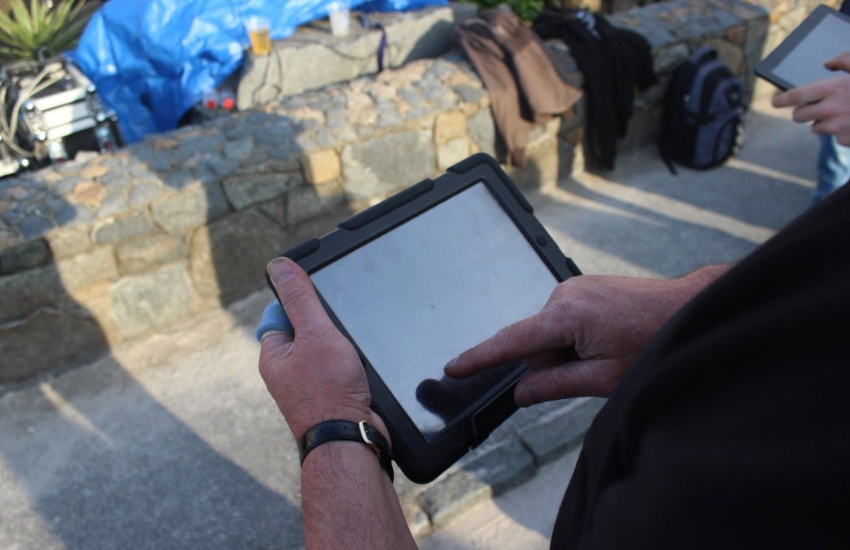 Pictured: Advances in technology mean Mr Guillou can undertake his sound technician role from a screen.

Mr Guillou said that he was able to continue teaching thanks to the kindness of one of his student’s parents.

“They [the student’s parents] offered the wing of their home to me to continue teaching lessons. It was initially on a temporary basis but it worked so well that I stayed there for nine years.”

Despite no formal teaching qualifications, Mr Guillou has spent 40 years teaching tens of thousands of islanders how to play.

"You can be grade eight, or hold any qualification, and be able to read music perfectly but that doesn't mean you're an artist. Anyone can complete a paint-by-numbers but you wouldn't say they were a painter," he said.

“The first thing I do whenever a new student comes to me is to ask them 'what would you like to play?'

“I believe that if you want to teach anyone anything then you need to ask them what they want to know; I think the education system would work much better if that method was applied to all areas of teaching.

“I have had countless students who were particularly challenging and it was fantastic to see their self-esteem skyrocket when they managed to get their head around something. They then take that new attitude with them and apply it to other areas and realise that they can achieve more than they thought.” 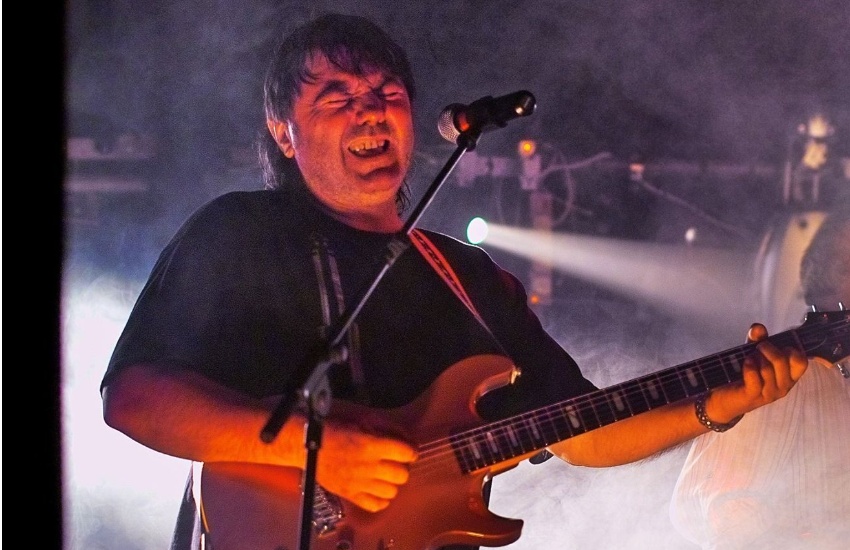 Mr Guillou said there were unexpected benefits to teaching.

“With 10,000 students, that’s 20,000 parents and some of them became friends. It’s a very strange thing that, for almost all of those 20,000, I only ever spoke to them on the phone and I wouldn’t know who they are if I passed them in the street, but they all know who I am.”

Mr Guillou is the house technician for the Vault and hosts an open-mic night there every Thursday.

“I started the open-mic night eight years ago because there were close to no others happening in the island; now there is one basically every night of the week,” he said.

“A couple of weeks ago I had a rare Friday night off so I decided to go around town. I went to seven venues and one of my ex-students was performing in every one of those places. It was one of the first times I have stopped and thought that, actually, I’ve done alright.

“The enjoyment I get is from seeing my students performing and knowing that their hard work has paid off and they’re doing what they love.” 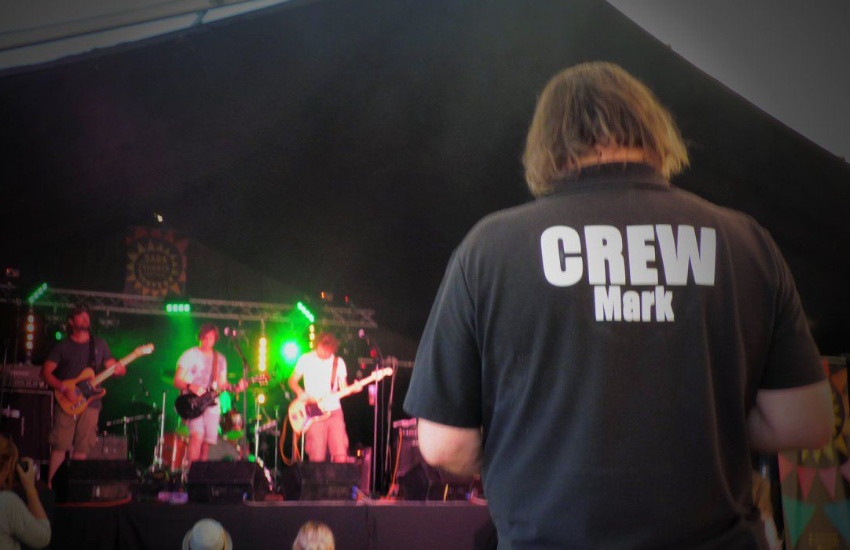 Pictured: Mr Guillou said that his "mission" is to make bands sound as good as possible.

Mr Guillou has continued to be a quasi-student in his own right.

“The technology involved in music is a world away from what it was when I started. I was asked if I would help with the sound tech for the Guernsey Folk Club and I got interested in it and purchased my own PA system,” he said.

“I now have at least three or four vanloads worth of equipment including speakers, lights and PA systems. My mission is always to make the band sound as good as possible to themselves, because if they can hear that they sound good then they smile more, they perform better and that’s great for the audience.

“Things have progressed from a 50-foot-long cable running across the stage to having the ability to do everything from my phone. I love learning the new technology; you can definitely teach an old dog new tricks.”

Mr Guillou said that the highlight of his career was as sound technician for Elton John when he performed at the Fermain Tavern in 1990.

“I knew someone who also used to be a chef and was in a local band called Skint. He eventually became a drug addiction counsellor to the stars and one of his clients was Elton John,” recalls Mr Guillou. 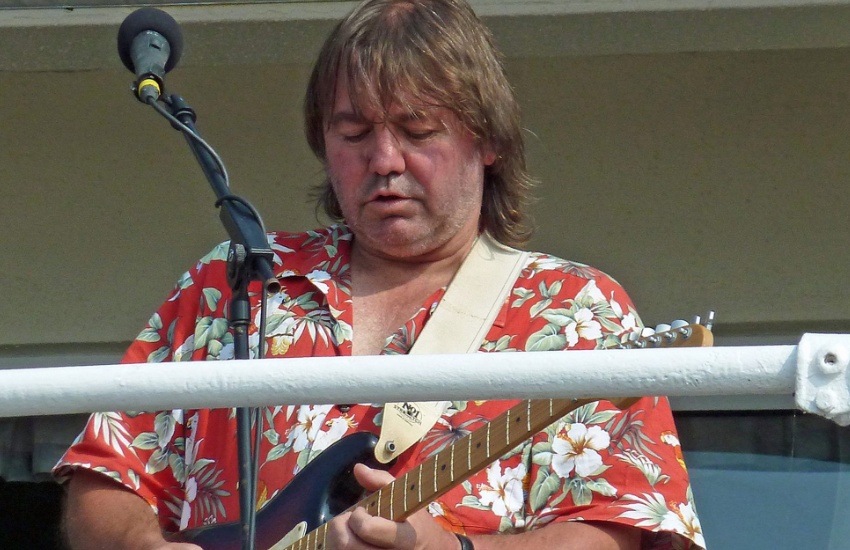 Pictured: Mr Guillou performing at one of the Cobo balcony gigs.

Mr Guillou continued: “Elton asked him once what his plans were for the weekend and he said that he was coming back to Guernsey to perform with his band. Elton then asked whether he could come along and that’s how he ended up performing here.”

Mr Guillou said that he has worked with excellent performers, but that Elton John was “next level”.

“Elton sounded as though he was on a CD, and it was all through the system that I had put together. When you reach that superstar level, you have people who can sound good even on a bad day with the wind against them. I learnt so much from listening to that performance,” he said.

“To see him perform was almost lifechanging, it was a real feeling of being in the presence of greatness.

“I spoke to Elton quite a bit and I gave him a t-shirt of my band, 'Noeyedeer'. I have never seen him pictured in the t-shirt but he at least had it that night.” 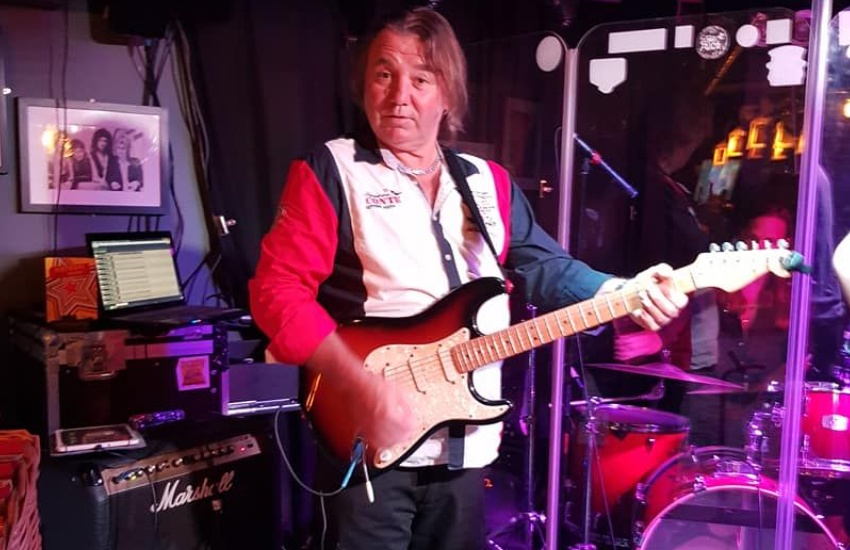 Pictured: Mr Guillou has toured the UK with his bands Noeyedeer and Nemesis.

Mr Guillou was lead guitarist and vocalist for Noeyedeer, which performed in Weymouth as well as locally. He was also in the band Nemesis, which toured the UK.

“Touring was great fun; we had fantastic laughs and it was an excellent learning curve,” he said.

“We were close to hitting the big time; we performed at Victoria Park in Newcastle and we were approached by someone who wanted to sign us. Unfortunately, he then resigned from his position and the whole thing fizzled out.”

Mr Guillou is one of the driving forces behind the popular SarkFest event, which sold out last year.

“SarkFest was established after the organisers of the Sark Folk Festival decided not to continue with that event. I don’t think people realise how much time it takes up to put those events together; it is at least six months of work per person, four to six hours every day,” he said.

“It’s an important event for Sark and, particularly last year being Bailiwick-only, it was a fantastic opportunity for local bands to show what they can do.” 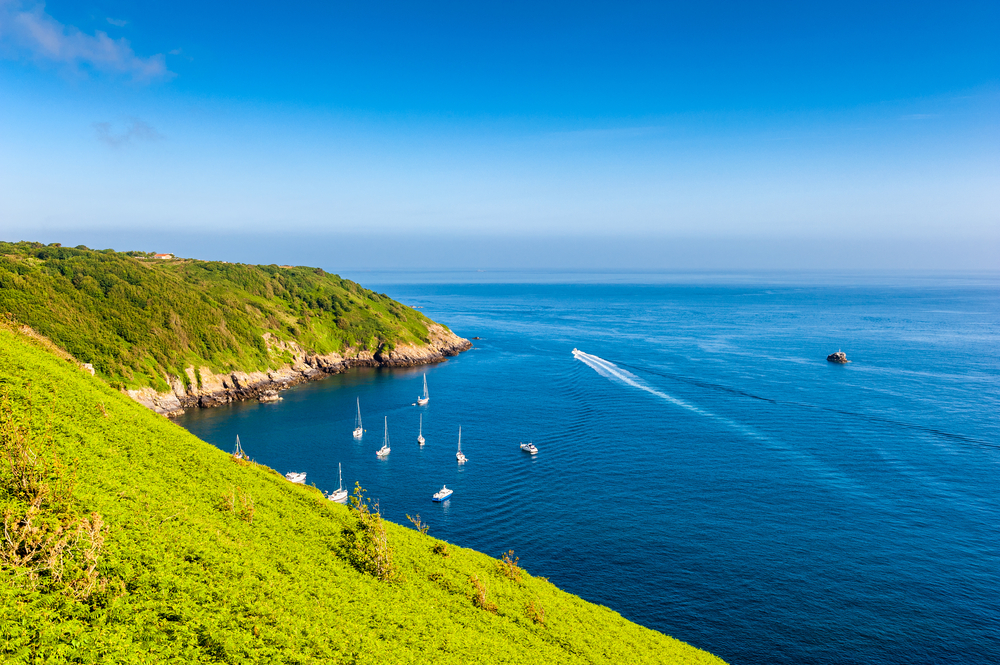 Pictured: Sark's three-day festival will be held between 9 and 10 July this year.

Mr Guillou said that music gives him something to focus on, but it is clear when speaking to him that he shies away from taking credit for his accomplishments.

“What I like is to see the sense of achievement in the performers and to see that they are proud of themselves and what they’re doing,” he said.

“I like helping people and I like music, it’s what I’m good at. I think everyone would be a lot happier if they had jobs that they enjoy no matter what they’re interested in.”

Posted by Tom Guillou on Apr 23rd, 2022
Hi Mark
I was really interested in your musical life history as it appears in the Bailiwick Express, it reminded me of what you had done in all the years past of which your Mum and I were part of at the beginning. Mum mention to me, have you seen Marks picture in the Press which was a moment to remember, she does not miss much. Your proud Dad Tom
Posted by Mark Guillou on Apr 23rd, 2022
In my defense I was only ever the Van driver, roadie, and sound engineer for Nemesis on the UK tour however on the Jersey tour I did pass myself off as the manager which backfired when the crew trashed the hotel! :-)
To place a comment please login Login »