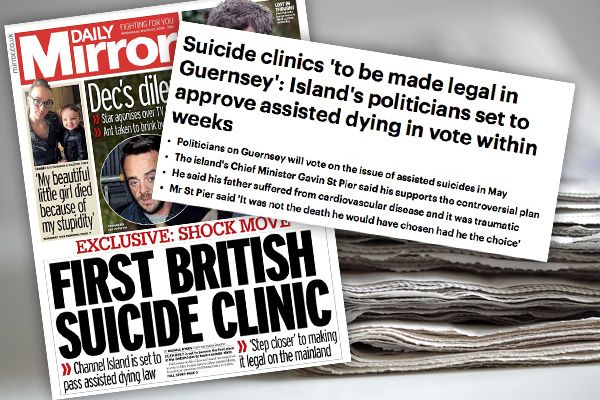 Guernsey is making national headlines today as plans for a States debate on assisted dying are misrepresented as proposals for a "suicide clinic" to be opened in the island.

The Deputy steering the emotive political debate says that is not his intention and he also doesn't think approving assisted dying in Guernsey will lead to suicide clinics or suicide tourism.

Speaking to Express ahead of today's States meeting, Deputy Gavin St Pier said "it is not particularly surprising that it is a story of national interest. Clearly it is a subject which has been looked at in Westminster before and I believe the Scottish Parliament are considering looking at it again so it is inevitably a matter of greater interest than just for Guernsey."

While he is not surprised the proposed local debate on assisted dying is being recognised and discussed elsewhere, the President of Policy and Resources said the choice of headlines used by some national newspapers is unfortunate as that is not what is planned locally, adding that assisted dying and assisted suicide are two different things:

"I think the suggestion of a clinic is really not what's envisaged either, we are not talking about a Dignitas type solution."

Interviews with @NickFerrariLBC @itvnews @BBCWales @SkyNews all requested off back of @DailyMirror article. Opportunity to clarify that debate is about assisted dying not suicide; and no proposal for a Dignitas style clinic. About improving end of life choice for our community. https://t.co/zRCnES9Bvt

Deputy St Pier told Express that his Requete, which can be read here, makes clear what he wants debated and what it could lead to in Guernsey. He said that it will not lead to suicide tourism or suicide clinics being established locally:

"The Requete makes clear this is about looking at the options primarily for Guernsey residents and making a decision in principal on that basis and then looking at all the issues that arise from that decision over the next 18 months or so."

Deputy St Pier also refuted claims made in the national newspaper, the Daily Mirror, that a decision in May could see laws passed in Guernsey to enable assisted dying:

"I don't think the debate will be until May at the earliest , and it's still some way off - there's an awful lot of work left to do, assuming the Assembley does support this.

"What we're seeking is a decision in principal, one way or the other, before the detail is worked on." 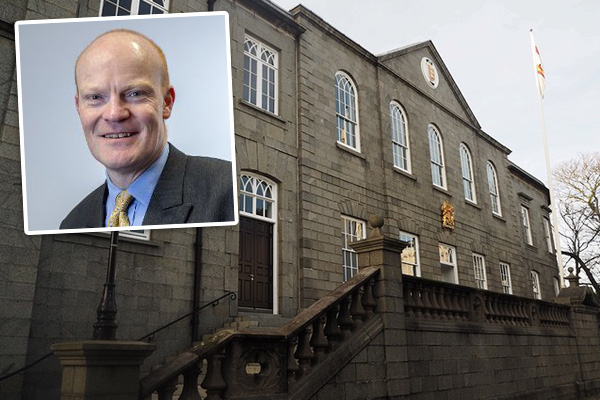