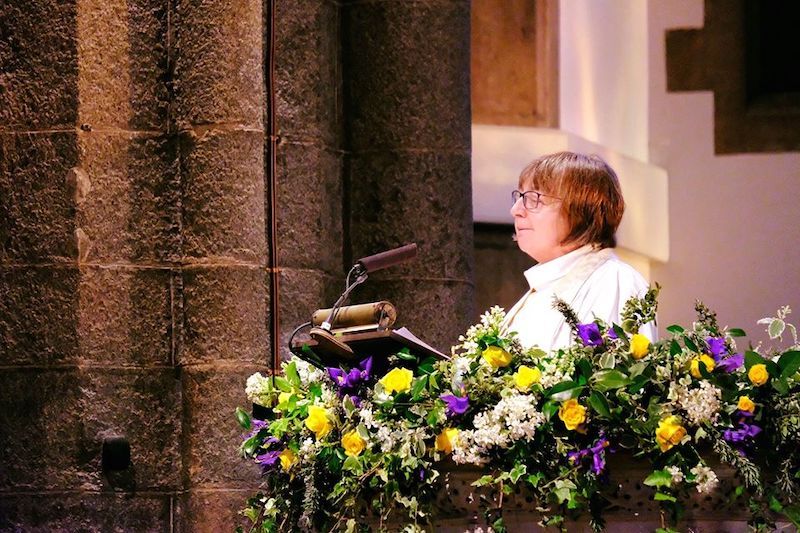 The Prison Chaplain, Reverend Penny Graysmith, has made local history after being appointed as a Vice-Dean of Guernsey.

Mrs Graysmith was admitted as a Vice Dean during Evensong at the Town Church last night.

Mrs Graysmith will fulfil the role alongside her chaplaincy at Guernsey Prison, where she has been based since 2017.

She will serve alongside the Reverend John Moore, who continues in the role of Vice Dean.

"I am pleased to accept the Dean’s invitation to be Vice Dean," said Mrs Graysmith. "I hope that insights and experience gained in my chaplaincy work will complement the perspectives of clergy colleagues and people in the parishes, as we all work together to serve the church and community in these beautiful islands."

The Dean of Guernsey, the Very Revd Tim Barker, said he was delighted that Mrs Graysmith had agreed to take on the position.

"She brings to the role a wide experience of ministry as well as gifts and skills that will benefit the Deanery of Guernsey as we prepare for the challenges and opportunities of the coming months," he said. "In welcoming Penny, I also express my best thanks to Jon Honour, who was appointed as a Vice Dean in 2017, and who has been a valuable colleague in the role."

Mrs Graysmith was ordained as a deacon in 1989, and was one of the first women to be ordained as a priest in the Church of England in 1994. She served in parishes in Leicestershire and Staffordshire, before becoming a hospice and hospital chaplain in Staffordshire. She was appointed a Chaplain to Guernsey Prison when she moved to Guernsey in 2017.

She is the first woman priest to serve as a Vice Dean in Guernsey.