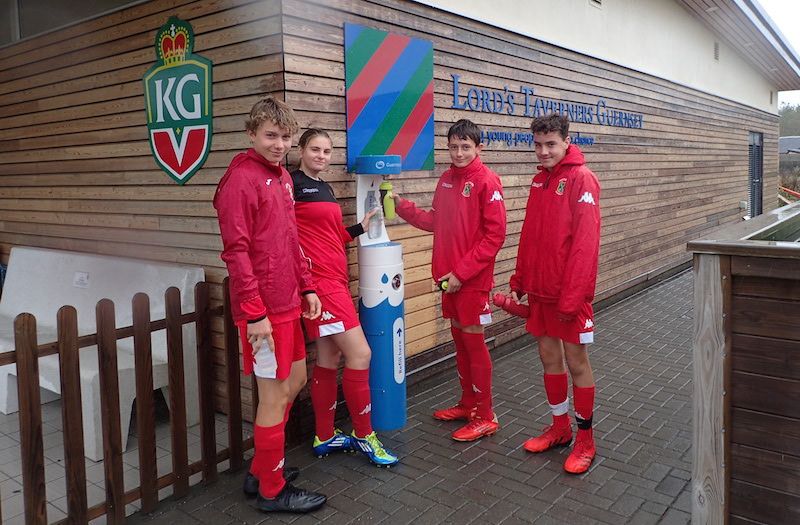 KGV users and other who live in the areas are being encouraged to use a new water refill station designed to cut down on plastic waste.

The new addition at the King George the Fifth playing fields is the second refill station to be installed in 2021, and part of a planned series around Guernsey.

The water supply station is outdoors and it is hoped that sports teams and spectators will choose the public water supply, refill their drinks bottles and reduce single-use plastic bottle waste.

It has been installed next to the Lord’s Taverners Pavillion.

“That means it is easily accessible for those using the 3G and grass pitches, together with sports spectators and walkers using the nature trail,” said General Manager Debbie Hunter.

“We are working hard to change the mentality of the users of KGV, encouraging them to bring reusable bottles and cutting down the availability of single use plastic on site.”

Steve Langlois, Guernsey Water’s Managing Director, added: “Many people including sports players want to drink water to be healthy and they also want to reduce their impact on the environment, so this second permanent refill station helps achieve both.”

“Every year the world produces around 381 million tonnes in plastic waste, so anything we can do to help reduce this is important. 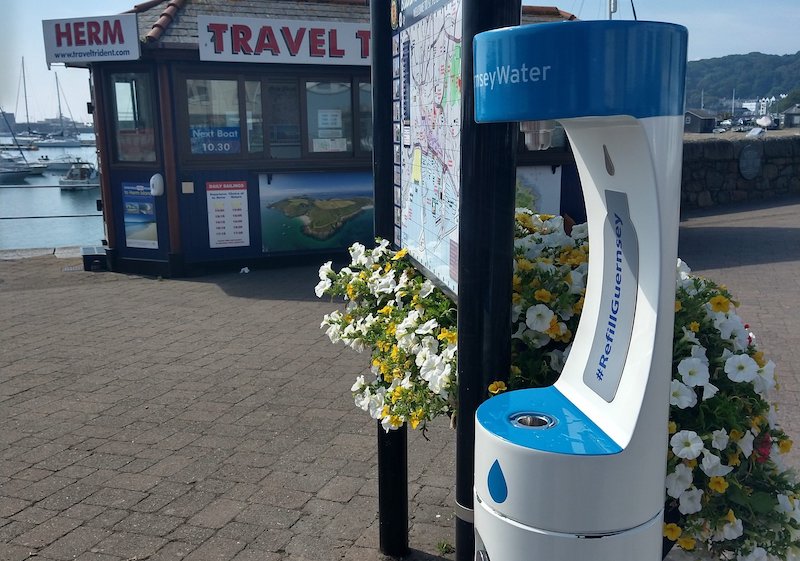 Pictured: The first refill station at the Liberation Monument has proved popular with town shoppers and Herm ferry users among others.

Other temporary refill stations are installed throughout the year to support some of the outdoor events that happen across the island.

“The water refill station at KGV is located in a really busy area next to the pitches and its design stands out,” said Alex Kosmas, Community Nutritionist at Guernsey’s Health Improvement Commission, which is based at the KGV.

“We hope that a broad range of people will use the refill station, from people playing sports, parents watching their child at various activities to those attending community events.”

Refill Guernsey was launched in 2018 and there are now 107 refill business supporters dotted across the Island. Islanders can pop in and fill up for free. The initiative is managed by volunteers from Plastic Free Guernsey and supported by both Guernsey Water and Guernsey Waste.

“Proposals like this will not only help to decrease this, but also allows access to clean safe water for every member of the public at any time of the day,” she said.

Water and wastewater charges go up

It won’t flush! Experiment highlights the blockages caused by wipes