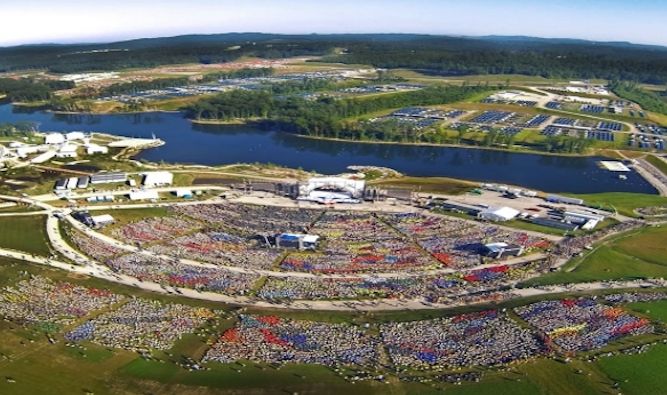 A group of six local scouts have set off on their way to West Virginia for the 24th World Scout Jamboree.

After flying to meet the Devon Unit in Exeter yesterday, the group and their leader are travelling to JFK airport in New York today, before heading to the scouting event tomorrow.

"We'll have 24 hours to enjoy New York and then we'll be on a coach to West Virginia, to a place called Summit Bechtel Reserve," said local group leader Olly Brock. "It is a massive scouting centre the size of Guernsey and the population on the site throughout the jamboree will be the same as Guernsey - about 60,000 scouts, adults and administrators.

"They're coming from over 150 different countries around the world so it's going to be a massive international experience."

After the jamboree the group will travel to Washington DC for a three-day city experience and will then go on to Canada to stay with the Third Parry Sound Scouts.

"We're going to camp with them," Mr Brock continued. "We're going to see a First Nations Indian Reserve and we're going on kayak trips in a great lake and around the islands of Parry Sound. It's just going to be the most amazing adventure ever."

The group is away for a total of three weeks and will form part of the 4,000 strong UK contingent.

"[The jamboree] comes around every four years and this is the biggest one ever," added Mr Brock. "We can only take children who are between 14 and 18 so they only get one chance to do it. It's like the Olympics of scouting and they are so lucky to get this opportunity.

"We had a number of places allocated to us within the Devon Unit and when we put the call out as to who wanted to come, we only had six applications so all of them were able to come on the trip.

"When it was first looked at, it was potentially quite costly for parents and also for adults, but what we've done is over the last year and a half we've done loads of fundraising and we've managed to get just under half the money that we needed. It's really cut the expense for parents dramatically."

15-year-old Guernsey scout Taliesin Salter celebrated his birthday yesterday and spent it travelling to the UK with the group.

"I'm looking forward to going to Canada the most because there's quite a lot of fun wildlife," he said. "Also, I'm really hoping to see bears where we're staying in West Virginia.

"There's probably going to be a fair amount of meeting other scouts from different cultures and learning a bit more about where they come from. It's going to be really interesting."

The "true value" of the Southampton-Alderney route