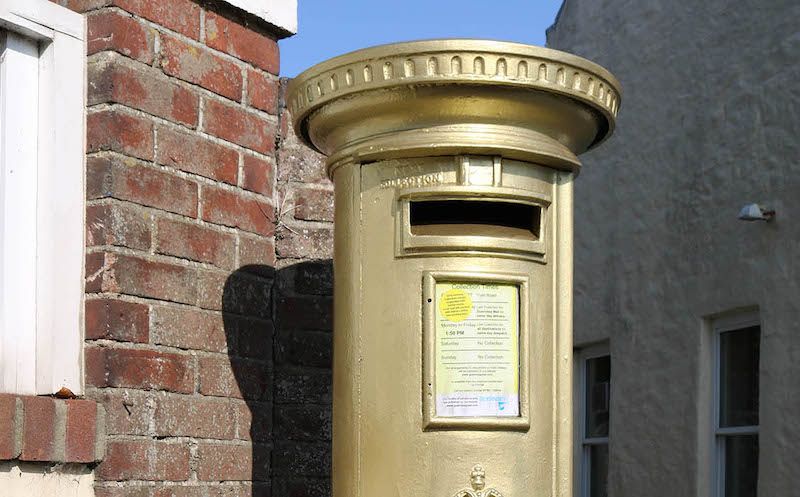 A postbox has been painted gold in celebration of a Guernseyman who won an Olympic gold medal 100 years ago.

Percy Hodge was born in the island and lived with his family on Vale Road, where the post box received a dazzling makeover.

Mr Hodge reportedly moved to Weymouth in his early 20s, and was the Steeple Chase Champion of the the Amatuer Athletic Association of England from 1919 to 1921, and again in 1923.

According to Guernsey Post, he trained for the event by holding a tray with a beer bottle balanced on it while hurdling.

This is one of two post boxes in the Bailiwick to receive the gold-standard upgrade; Sark's only post box is also painted gold in honour of Carl Hester, who won gold at the Dressage in the 2012 Olympics.

Green wave sweeps across the CI