Guernsey-men appointed to the International Order of St John 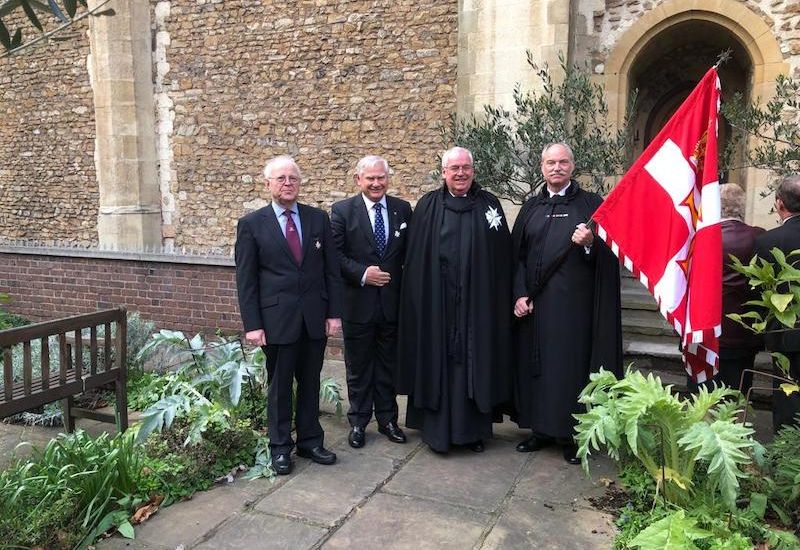 Guernsey-men appointed to the International Order of St John

Two Guernsey-men have been welcomed into the International Order of St John in recognition of their commitment and service to St John and the island.

Ken Brehaut and David Hodgetts together have together volunteered for more than a century with St John and both have been described as hugely instrumental in the development and work of the ambulance services.

Individuals are admitted to the order for outstanding service to St John in light of either notable or selfless contributions to their communities, serving as an inspiration to others.

One of the appointees, Ken Brehaut, has been associated with the Ambulance & Rescue since the 1960s. In his later career, he ran the St John Healthcare Shop and since retiring nine years ago has joined the Fellowship of St John Guernsey, acting as Treasurer. Additionally, he served as the Town Division Superintendent of the voluntary section.

Following his initial volunteer work, he completed the necessary training and joined the ambulance service as an ‘Ambulance Man’ in 1966. During his 16-year career in addition to working on the ambulances, he was also a dedicated member of the Cliff Rescue Team involved with rescues at Telegraph Bay and the grounding of the Prosperity.

"My parents were big supporters of St John. They were here during the Occupation and were always singing the praises of the ambulance service, so I always felt close to St John," said Ken.

Investitures are approved by Her Majesty the Queen as Sovereign Head of the Order of St John. The service takes place at the Priory Church of St John in London in the presence of the Prior, Surgeon Rear Admiral Lionel Jarvis.

The second appointment of Officer of the Order of St John was granted to the Director and former Chairman of St John Guernsey, Jurat David Hodgetts.

Jurat Hodgetts began his involvement more than  almost 50 years ago as a St John Ambulance Brigade volunteer. As a teenager, he worked alongside Reg Blanchford on emergency ambulance calls in addition to becoming a volunteer on the Flying Christine and Cliff Rescue team.

After a brief period spent off island, he returned to Guernsey in the 1980s and became President of the Guernsey Ambulance Division, a position he held until the 90s. He has of recent joined the board of the St John Guernsey charity serving as chairman.

He said “I am delighted that I am now in a position to support the development of the organisation and our members. I am keen to encourage and inspire the growth of all parts of St John in Guernsey, so we can continue to help improve the lives of more people in our community”.