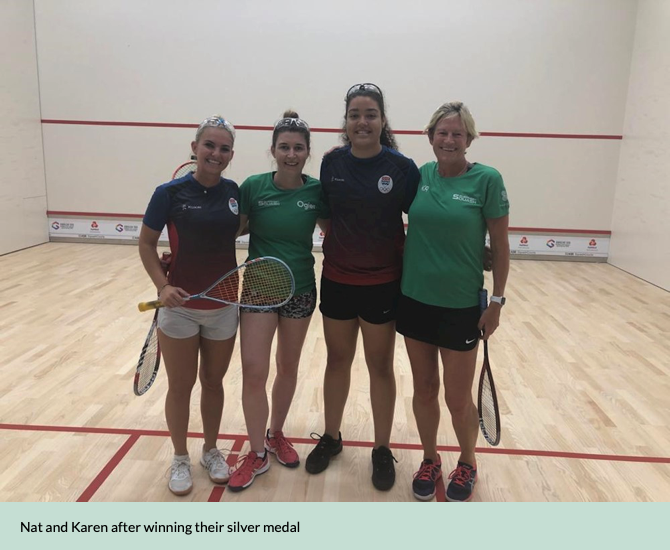 Guernsey is so far holding its 'fourth' position on Gibraltar 2019's medal table heading towards the end of the Island Games week.

The island added 10 more medals to its total, bringing it to 57, just four behind the overall medal leader, Jersey.

The Sarnians also took two more gold medals, now making a total of 12, which puts us behind Jersey, the Faroe Islands and the Isle of Man.

Guernsey took silvers in both the ladies doubles for Squash, and also the mixed doubles. Our basketball teams also both clinched victory, with the ladies beating Jersey and the mens winning a very close match against Menorca, putting them in to the semi finals against Cayman.

In the athletics, Guernsey's Sarah Mercier took gold in the women's 5,000m, while swimmer Tatiana Tostevin took bronze in the women's 200m backstroke.

We also took bronze in the men's 4x100m freestyle relay, and Louis Pelvin took silver in the men's open Judo. 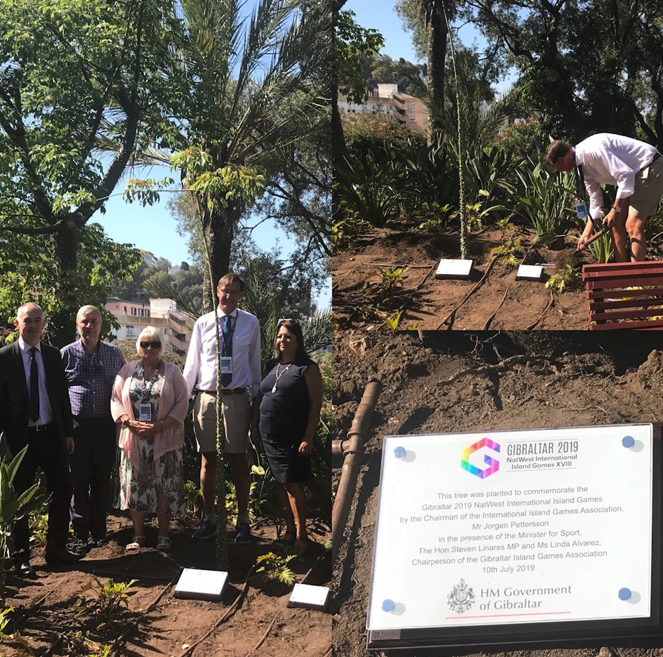 Pictured: Yesterday, a tree planting ceremony took place, something which happens at every island games to reflect the 'growth and development' of the games. Image from giga.org.gg.

Today will see a number of Tennis and Badminton matches taking place, and Guernsey will play that men's basketball semi final against Cayman. A number of competitors will have the chance to advance to their respective finals.

Sark has one medal - a silver in shooting,

Pictured top: Nat and Karen after winning their silver medal in squash. Image from giga.org.gg.