Guernsey film fever hots up: time to give out the ice cream! 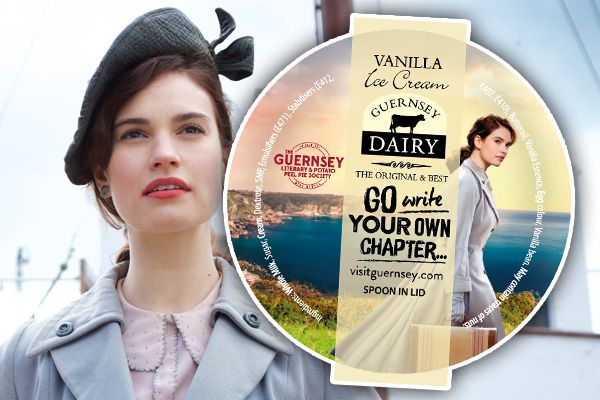 Guernsey film fever hots up: time to give out the ice cream!

As excitement grows over the upcoming release of the film version of the Guernsey Literary and Potato Peel Pie Society, VisitGuernsey is working with a number of organisations to promote the island to movie fans.

A new website has been created to satisfy those with an interest in the island after watching the trailer for the film, which is to be released next month.

The trailer has been seen by nearly 500,000 people since its release earlier this year.

Above: The film's official trailer

A number of events, film screenings and talks are planned as part of the release of the film - with the stars of the film and its director coming to Guernsey for a gala event at Beau Sejour. Lily James and Mike Newell will both be in attendance at the world premiere in London too, where it's been announced Guernsey Dairy ice cream will be handed out at the Curzon Cinema in Mayfair. Guernsey cream will also be included in a Guernsey-themed afternoon tea for Global press and social influencers at the Soho Hotel.

VisitGuernsey said it has been working in conjunction with Guernsey Dairy and the film's distributors Studio Canal to create "bespoke lids for the 100ml pots that feature the film imagery." 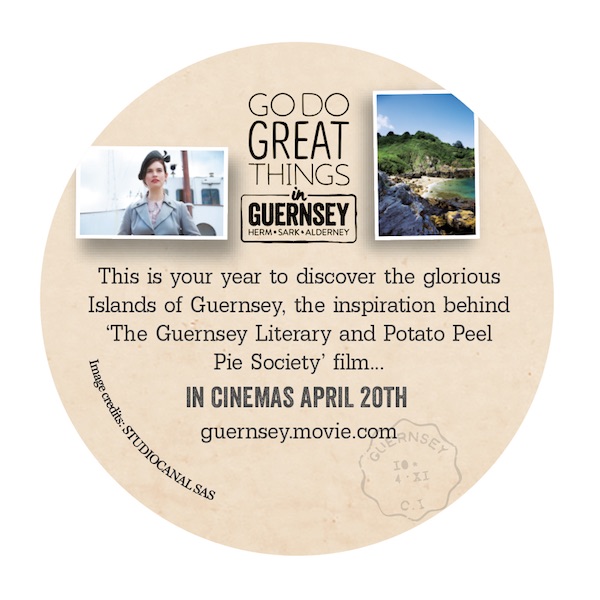 Pictured: The reverse view of the Guernsey film ice cream. The front image is pictured above.

Brand and Communications Executive at VisitGuernsey, Zoe Gosling, said it had been an exciting project to work on, and VisitGuernsey was grateful to the Guernsey Dairy for their support and patience in bringing the idea to life: "Ice cream and the cinema go hand in hand and this was an opportunity that couldn’t be missed. The island produces some of the best dairy produce in the world and we are so grateful to present it at such a prestigious event.

"It’s a fantastic of way of getting the Guernsey brand in front of such a high profile audience."

Mrs Gosling's colleagues have also been working on a new dedicated "micro site" as part of the main VisitGuernsey website to capitalise on exposure caused by the film. It can be found via the Visitguernsey.com homepage or directly here. 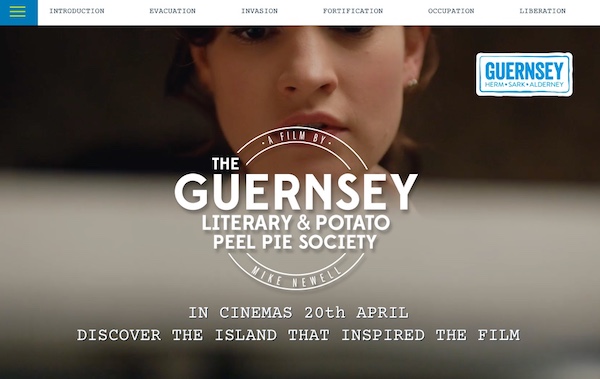 The site has been designed to deliver "an interactive experience that links both the bestselling novel of the same name, and the soon to be released film to the authentic history of Guernsey’s occupation period, providing a mixture of, historical and real life content that creates a rich and immersive experience for the user."

The site includes archive photos and press extracts covering the period from initial evacuation, through invasion, occupation, fortification to liberation. It also includes specially filmed interviews with surviving evacuees as well as with those who remained in Guernsey and experienced the occupation.

Mike Hopkins, Director of marketing and Tourism said: “This site aims to take the visitor on an immersive journey through one of the most poignant and never to be forgotten periods of Guernsey’s history, bringing the fictional story of The Guernsey Literary and Potato Peel Pie Society to real life. The site also provides information and links to our many heritage sites and the wonderful tours and activities that visitors can experience whist visiting Guernsey, as well as details of special themed offers to help benefit from the interest that will undoubtable be sparked by people seeing the movie and revisiting the book in 2018”.

Peter Amory, Digital Marketing Manager said, “Along with our local development agency, TPA, we have worked closely with the team at STUDIOCANAL who have given us access to the film content and exclusive imagery that helps link the film with the history of our island”.