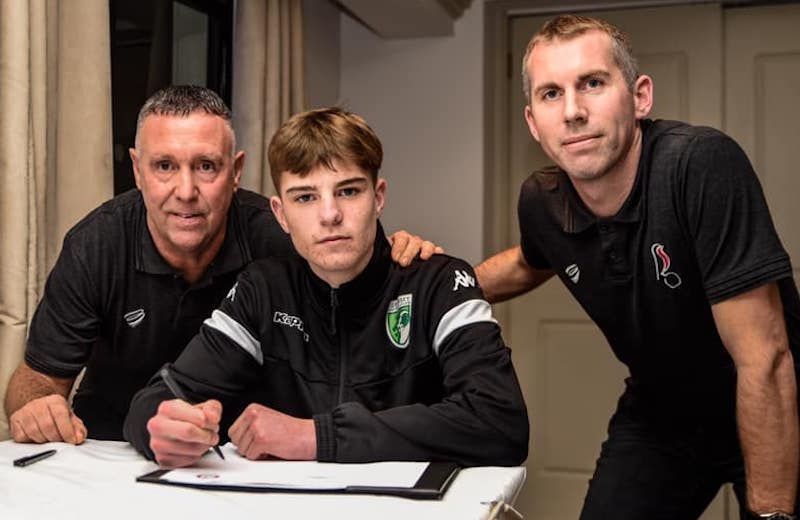 The 16-year-old, who became the Green Lions’ youngest ever player on his senior debut in August, has signed a pre-contract agreement following a trial with the Robins.

He will continue his football development and academic education in City’s Academy structure, which has nurtured a number of  Premier League players including Leroy Lita, Liam Rosenior and Bournemouth's £15m summer signing Lloyd Kelly.

Scott's arrival in January will further strengthen the relationship between Guernsey FC, the Guernsey Football Association and the Championship club, who have loaned a number of players to our side.

Guernsey FC Manager Tony Vance was proud that the club have played a part in the player’s development and applauded St Martin’s FC, whom Scott has represented at senior and youth level this season.

“I’ve been sending video clips of Alex to Bristol City and he had a successful trial including playing in an Under-18 game where he scored three goals,” he said.

“I’m delighted for him. This is where he needs and deserves to be. It’s all about GFC providing the platform to bigger and better things and, of course, St Martin’s has been part of his development, so credit goes to them."

Bristol City Academy Manager Gary Probert, who met Alex and his family along with City Loans Manager Brian Tinnion in Guernsey this week, said: “During the period of us watching Alex and him training and playing with us he has demonstrated some excellent attributes and potential to further develop in the years ahead.

“Most importantly, he has the personality and mindset to fit in at Bristol City to continue to work hard and continue his development.

“Credit must go to Alex’s parents for being open to and contributing to the development plan we have for their son and to Tony Vance of Guernsey FC for his help in supporting Alex in this important decision which will not only benefit Alex but further our links with football in Guernsey.”