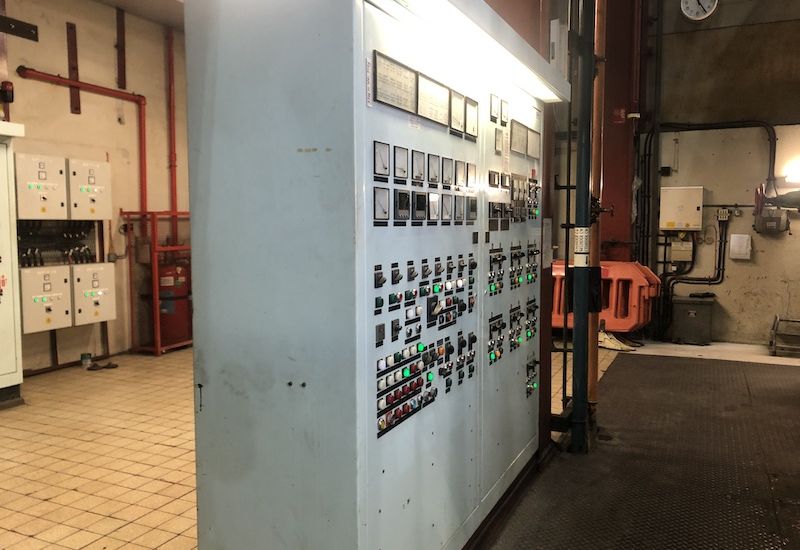 After a year of work, the undersea electricity cable connecting Guernsey and France has finally been replaced.

That means the island can now return to importing more than 90% of its electricity from renewable and low carbon sources.

"Installing this cable has been a massive project for our teams, as well as keeping the power station operating and the lights on for Guernsey in that process," said Head of Generation for Guernsey Electricity,  Jon Sexton. 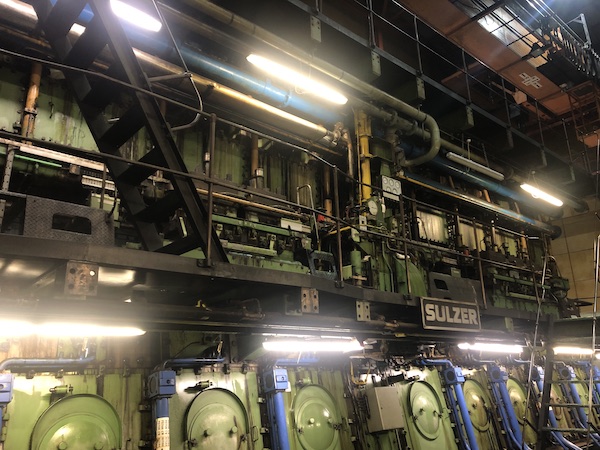 To mark the commissioning of the new link, Deputies Barry Brehaut and Lindsay de Sausmarez from the Committee for Environment & Infrastructure joined Guernsey Electricity staff in switching off one of the power station's oldest engines.

"We talk about decarbonisation and this brings that to life," said Deputy Brehaut. "We saw an old diesel generator being decommissioned and now we're drawing electricity from France. It's good for climate change, it's good for energy policy and it's good for the consumer to have the continuity of supply." 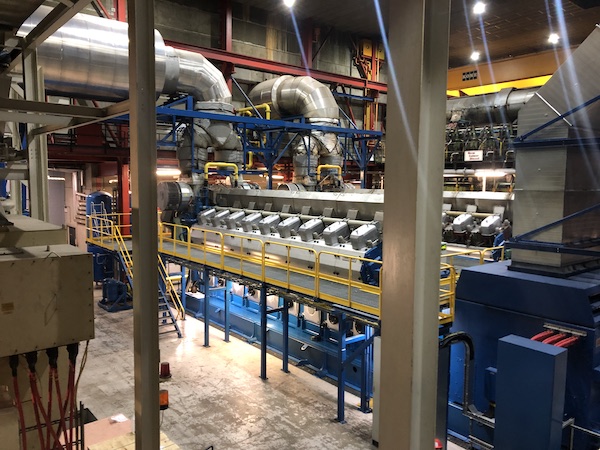 Pictured: One of the newer generators.

"The power station is going to revert back to being back-up and top-up," explained Mr Sexton. "Some of the older engines will be used very much as back-up with just basic test runs. We've still got this top-up requirement and we will be using our newer modern technology diesel engines which have been installed in the last five years.

"The energy industry is now rapidly changing. We're seeing solar developing so fast, we're seeing all these renewables, the way people use electricity, how it's managed in the home, the internet. All of these things are happening so fast in an industry that's historically been quite static." 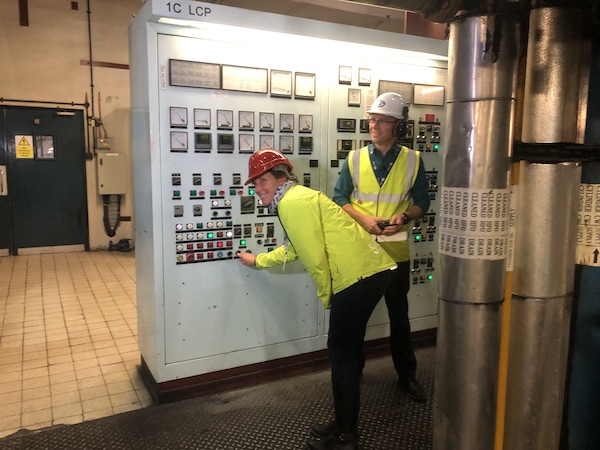 Deputy Lindsay de Sausmarez had the honour of switching the engine off at a celebratory event yesterday.

"It was quite a big day in the world of energy generation in Guernsey," she said. "The generator has done a lot of work in its 40 years but there are much cleaner and more efficient ways of generating electricity, so this generator is being retired effectively. The electricity that is being generated in France is much lower carbon and much cleaner than what we can generate here."

Although Guernsey Electricity is in the final stages of its onshore and offshore cable work, homes and businesses are once again being powered by the imported energy.