What is going on with Airport Security? 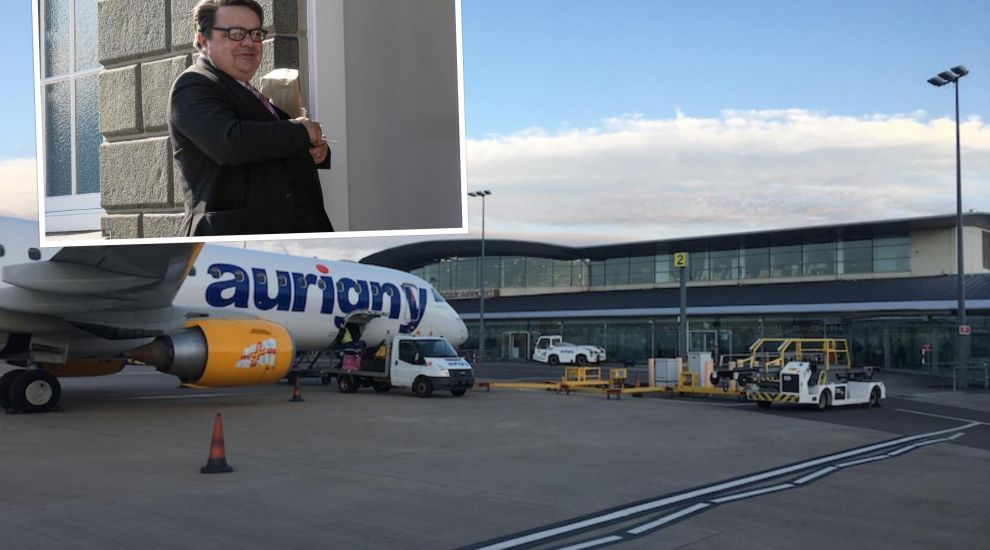 What is going on with Airport Security?

Guernsey Airport's 'ridiculous' new security set up is going to come under scrutiny, as people seem to be growing increasingly frustrated with the extended wait times it now requires.

Deputy John Gollop has heard people's criticisms of the new set up, and has submitted three questions under the States rule 11 to be answered by the President of STSB, Peter Ferbrache during the next States meeting.

This is because the States Trading and Supervisory Board has political oversight of Guernsey Ports.

But he is not the first to pick up on longer waiting times at the airport. Frequent fliers have taken to social media to question why they are now waiting longer to get through to the departures lounge after the Airport spent so much money on 'upgrading' the set-up. 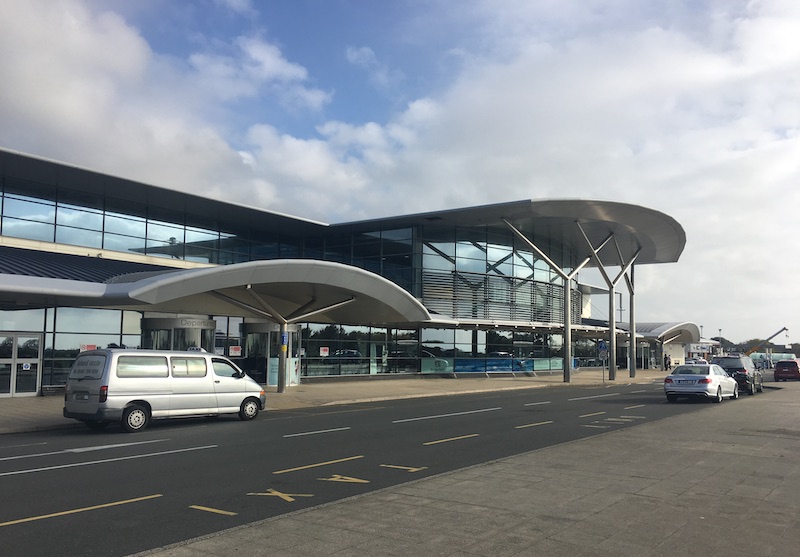 The Airport's management have acknowledged slower service times, and said it will be buying new technology to improve their set up.

On Twitter, the airport did say it would be spending money to replace the security equipment being used, which in turn, would be expected to speed up the process, but many believe the problems are set deeper than just with the technology. That has since been confirmed by the airport in writing.

We are going to be spending at least this sum on equipment upgrades. We have reviewed arrangements at Sou and Brs, and are talking to suppliers of a range of improved equipment.

Guernsey Ports' General Manager Colin Le Ray said stricter requirements being put on what they had to do for security by the Civil Aviation Authority had led to the slower process. They recognised that service times had fallen, but argued it was not related to the layout changes.

To change the situation, the airport is going to be looking at more training for staff, and also purchasing new, more efficient equipment.

But concerns among the local community still stand. David Piesing is one businessman who has taken issue with the changes made to the airport.

"The first part is the total lack of efficiency, which has got massively worse since the new layout was built to accommodate the new duty-free area.   Very often, including at peak times, only one security conveyor belt is open, resulting in it often taking 20-30 minutes to get through, sometimes up to 40 minutes for the redeye morning flights," he said.

"More importantly, passengers are spending so much time in security queues that they have no time to spend either buying duty free goods or food or drink from the café.  If I was the tenant of either, I would be demanding a rent reduction until security gets its act together."

I’ve nearly missed flights at Manchester even checking in 2 hours ahead for a domestic flight. By a distance the worst domestic airport for security process. System just can’t cope with sheer volume of flights.

But Mr Piesing's problems were not only with the technology being used in the new setup: "the really concerning aspect is the staff carrying out the searches.  I can’t go into too much detail because I am aware of specific incidents which have been officially reported.  However, I am referring to passengers being physically searched for up to seven minutes and believing that they have been sexually fondled.  It is a matter of time before a major incident occurs, with a member of staff being punched in retaliation. 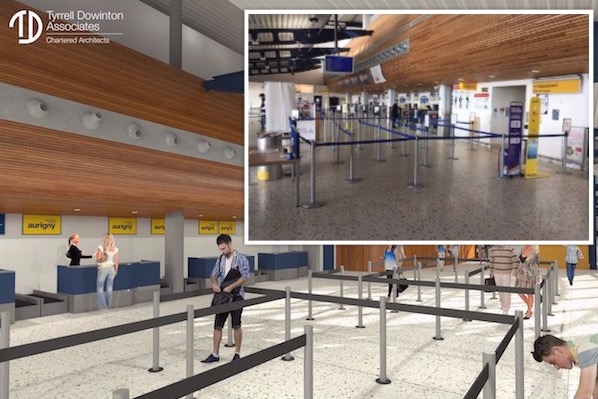 The old security entrance and the original architect drawings of the new set-up.

"I have personally witnessed several passengers very close to reaching that point, only holding back because they know they would be taken aside and would miss their flight if they objected to the way they had been treated.  I  am referring to elderly people being ordered to remove artificial limbs."

Just need to take advice from Southampton airport re how they successfully got around the same issue. Making body pat-down searches less intrusive and not making little old ladies completely empty their hand luggage really isn’t going to increase the security risks!

Now that @Govgg aren’t spending £700k on consultants report on the runway, maybe they could invest in one of these beasts for @GuernseyAirport to speed up the security process?! #somethingmustbedone https://t.co/IN6CjmscSM pic.twitter.com/E9jjlxfbUu

He said he was encouraged to hear that the airport might be replacing its equipment, but wanted to know what was going to be done in the short term to address the issues at peak times.

"It’s so unfortunate, now that Guernsey airport is better connected to London than it has been for a very long time, that we’re having these problems. I’m therefore delighted that Deputy Gollop has tabled questions on this subject for next week’s States meeting.”

Well done to @GollopGuern for tabling questions for next week’s States meeting about airport security delays, that we all want answers to! We know @GuernseyAirport are looking at new equipment but these issues need addressing now. https://t.co/snCVwi47GW Pic from @JohnFernandez1 pic.twitter.com/TE6WgjRjr6

The Guernsey International Business Association Committee Chairman, Tony Mancini, said business in general on Guernsey was concerned about the current arrangements at the airport. Services, he said, had deteriorated since the refurbishment.

"Why does GIBA care about this? Two reasons. Firstly, from a personal perspective none of us enjoy the stress of travelling for work, especially when it involves an early start as it invariably does. The current delays and strict arrangements at security just make that worse, so the travelling experience becomes even more stressful," he said.

"That ties to the second, more significant reason for our concern. Our clients need to travel to see us. They also have choices about where they put their business. In particular they can choose to put business to Jersey. When there is little difference between the regulatory and tax regimes and the types of services available in finance centres, clients use other criteria to differentiate.

"The ease of travel and overall experience is one of those criteria. Jersey has better airlinks than Guernsey anyway so if potential clients also have an unfavourable experience at the airport, this will count against us."

The questions Deputy Gollop has brought to the States will be answered by Deputy Ferbrache officially during the States meeting starting on the 12 June. The answers will have been put together by Airport staff and STSB officials.

Posted by Lindsay De Laune on Jun 7th, 2019
I’m delighted to hear that something is being done about intrusive security manhandling at Guernsey Airport- or that it has at least been highlighted.
As a disabled woman in my 50’s I have suffered intense violation of privacy by abrasive female staff. The only place I have been similarly search was in Abu Dhabi, and those intimidating ladies in Burkas were far more polite & discrete. If you dare to complain you are definitely given the impression you will be ‘removed from the flight’!
I never used to be an anxious flyer, but now find it an insurmountable ordeal even before I have left Guernsey! Please will management listen and re-train your staff!!
To place a comment please login Login »