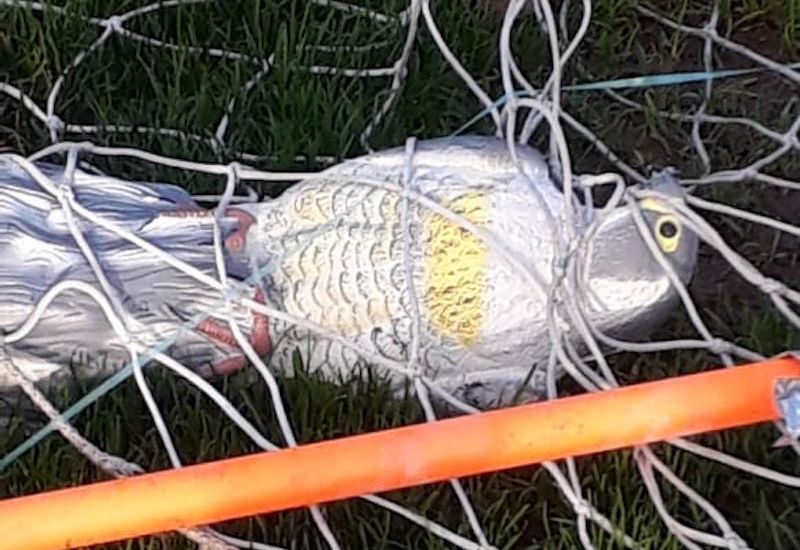 Called to rescue a "peregrine falcon" that was trapped in football netting, a member of the GSPCA discovered that it was not actually a real bird.

The animal charity was called to help two injured birds of prey yesterday, a peregrine falcon in St Martin's and a kestrel at the Fairy Ring.

GSPCA team member Kevin Beausire rushed to the falcon's aid in the GSPCA Ambulance, however upon his arrival, he found that something wasn't quite right.

"There was nothing to be done as it wasn't even real"

The so-called bird was in fact one of the local club's decoy falcons - which are used as bird deterrents - which had become unceremoniously trapped under goal netting.

"We have helped many birds of prey this year and it is always a worry when we are called out what will find," said Mr Beausire.

“With the bad weather and the time of year many animals are struggling. When I arrived at St Martin's to rescue the bird of prey I had all the safety equipment and basket ready, but as I approached the bird it became quickly obvious there was nothing that could be done as it wasn’t even real.” 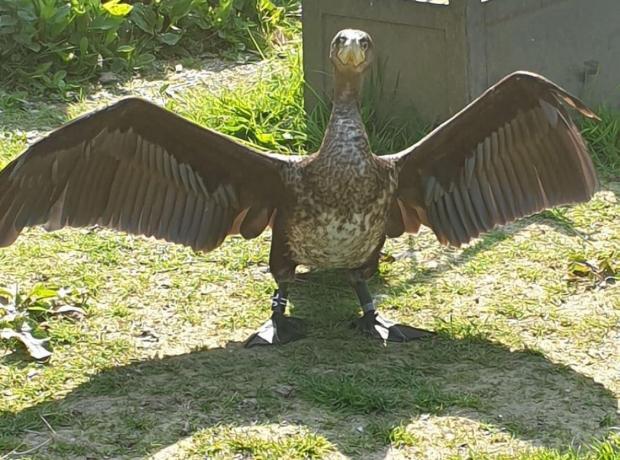 Pictured: The GSPCA are often called out to help injured birds of prey, such as 'Flybe' the cormorant, who was nursed back to full health and released back into the wild earlier this year.

As it transpired, the plastic peregrine was not even the weirdest discovery Mr Beausire has made when attending emergency calls.

“We’ve had many calls over the years to things that weren’t actually animals," he revealed. “We never know what we will find when we go out on a call, from birds being bags, to seals being washed up blankets.”

The unusual find led GSPCA Manager Steve Byrne down memory lane to an infamous discovery of his own.

“As Kevin has mentioned, not all the calls we get for animals or those brought into us can be helped, as they actually are not even a living thing. The most global story to ever occur was when a gentleman brought in what he though was a drowned dead cat found in a puddle.” 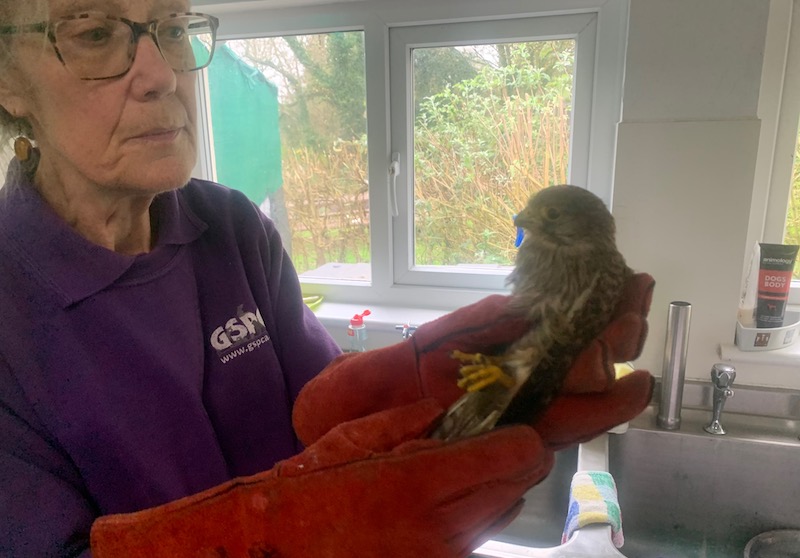 Pictured: The GSPCA's other call-out did involve a real bird of prey - Oberon the kestrel.

“He had wrapped it up, placed it into a nice box and brought it in and arrived at the shelter upset and in tears. I was on duty that evening and made him comfortable and asked him to leave his details while I checked for a microchip or identification.”

“When I opened the box and unwrapped the cat with the microchip scanner in hand I was surprised to find it wasn’t a dead cat or even an animal. It was in fact a dog hand puppet cuddly toy with its nose missing, covered in mud.”

Given that the GSPCA specialises in rescuing and caring for animals, it was a relief for staff that they were able to help the actual bird of prey they were called to.

The kestrel rescued from the Fairy Ring - which has been fittingly named 'Oberon' - is now at the shelter being cared for.

Poisoning of peregrines "puts all birds of prey at risk"