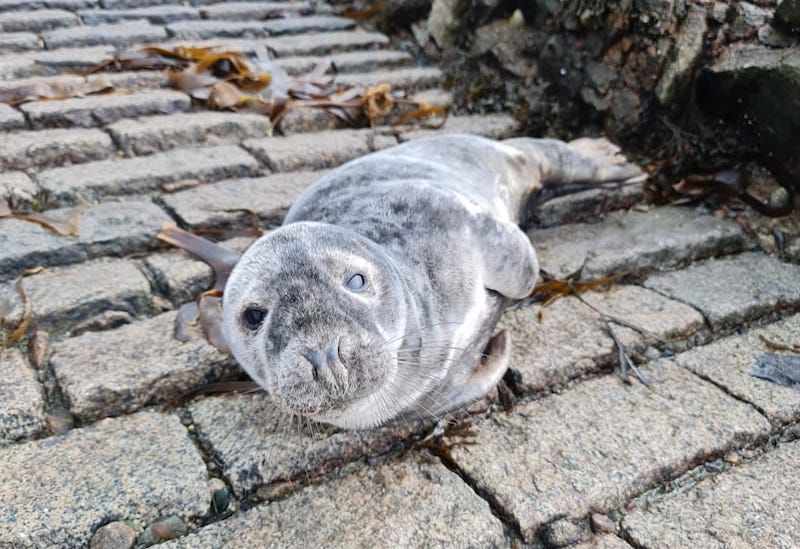 An emaciated seal pup who was washed up at Pleinmont over the weekend has died, despite the GSPCA's best efforts to save him.

The grey pup, who had been named Dakota, was found on Saturday at the slipway near the Fairy Ring.

Weighing in at just 16 kilograms, he received around-the-clock care in an effort to save his life, however, the GSPCA has confirmed today that he lost his battle late last night.

“Being found so thin and unwell Saturday afternoon, the team and especially Head Of Marine Mammals Geoff had been working around-the-clock to care for Dakota, but he was extremely poorly and he passed away late last night," said Manager Steve Byrne.

“It is devastating when an animal passes away as we all care so much for each of the animals in our care.”

Dakota was the first seal pup to be washed up on Guernsey's shores this year. Joey, who was brought here from Jersey, is said to be progressing well at the animal charity's specialist seal facility.

More advice on what to do if you come across a seal pup can be found HERE.

Respect seals and give them space, beachgoers are reminded