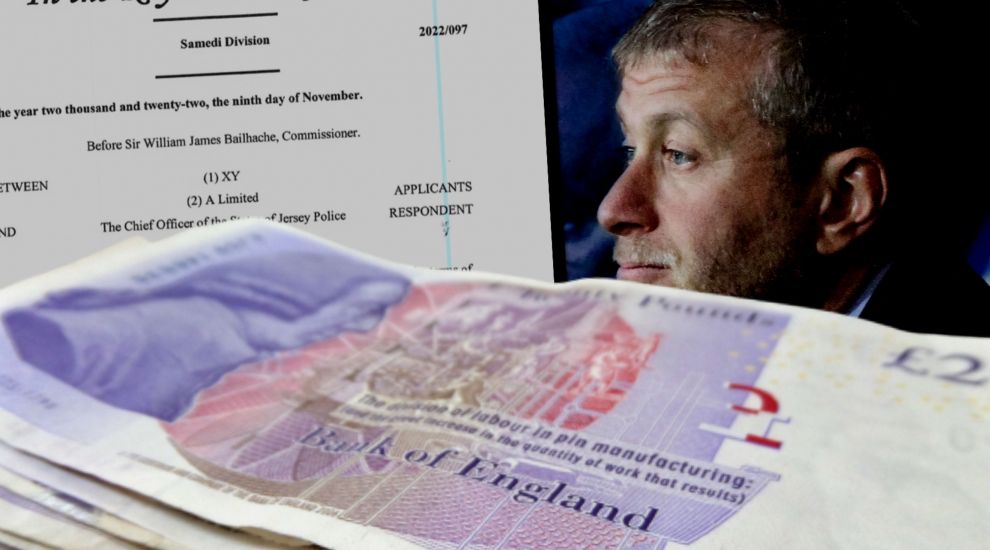 Jersey's Government is refusing to disclose how much public money will be have to be paid out in damages after the island's Police unlawfully raided premises allegedly connected to Russian billionaire Roman Abramovich.

Anonymised court documents released to Express and the JEP on Friday provided confirmation that search warrants – used by police officers seconded to the Economic Crime and Confiscation Unit to raid two properties in April this year – were "obtained unlawfully".

The raids preceded a freeze of more than $7bn-worth of assets suspected to be connected to Mr Abramovich, through a Royal Court order known as a 'saisie judiciaire'.

The documents also showed that, at an unpublicised Royal Court hearing on Wednesday, Jersey's Chief of Police Robin Smith agreed to apologise to the two applicants – reported by news agency Reuters as being the two companies searched – and pay damages to them from public funds.

However, the exact quantum of damages was only included in a confidential schedule, which was not released to the media.

In an extremely rare step, the names of the lawyers involved in the case were also blacked out.

Pictured: The lawyers involved in the case were not disclosed.

Express asked Jersey's government for further information on the public funds that would pay for the damages – including who they would be paid to – but was told that the island's Treasury Department "will not be commenting on this".

In a statement released on Friday following an urgent senior-level meeting between Jersey's government officials and representatives from the island's Law Officers’ Department, Jersey's Chief Minister Kristina Moore said she had requested an independent review into the searches.

"I should be clear that the Jersey authorities will never make funds available to anyone designated under UK or UN sanctions. Our sanctions authority acts without fear or favour and all sanctioned individuals have access to proper licence arrangements," she added.

Jersey seizes '$7bn assets' suspected to be linked to Abramovich

Police and regulator work to track down Russian wealth

Abramovich: Too "risky" for Switzerland... but not for Jersey?