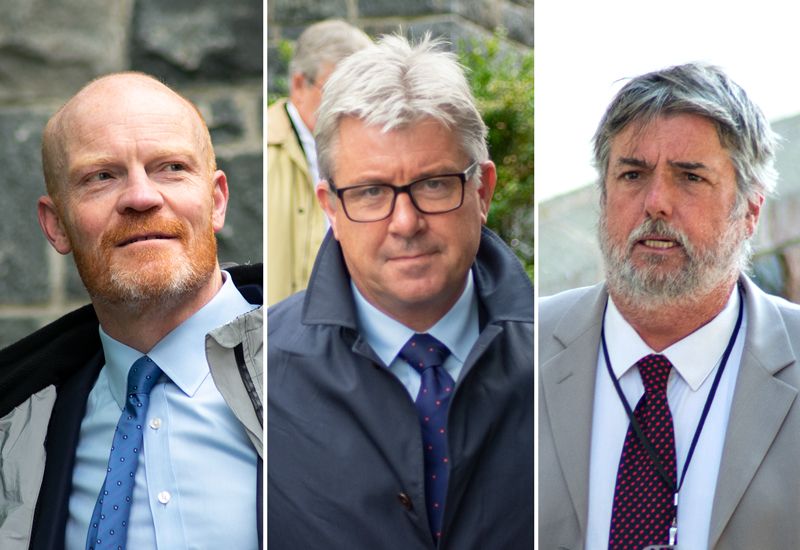 Saving £75 million a year through cost cutting alone would lead to “austerity on steroids”, says a senior politician involved in the States’ tax review, as others criticise Deputy Mark Helyar’s “pathetic attempt to deflect ownership and responsibility” for work carried out under his watch.

Deputy Mark Helyar, as Treasury Lead for the Policy & Resources Committee, was the Chairman of a P&R Sub-Committee under resolution by the States to review how the island could raise 24% of GDP through taxation.

Ten months into the States term, he has denounced the work as being "misfounded from the outset", saying for the first time publicly that is has reached the "wrong answer" because it was premised "on the wrong question". 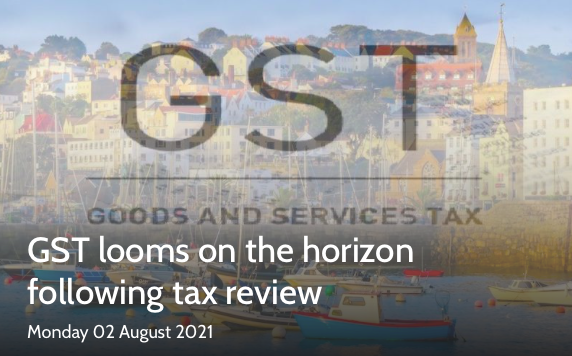 Pictured: The Tax Review Sub-Committee arrived at three options: a 3% income-based health tax, a GST increasing over time to 8%, or a combination of income-based and consumption taxes. GST was earmarked as having the strongest economic case at a media briefing. The full detail leading to this conclusion is yet to be published by the States.

The Guernsey Party’s political leader has drawn ire from some of his fellow States Deputies, who say he is abdicating responsibility, having had multiple opportunities before now to propose alternatives or question's the tax review's terms of reference.

“So because it’s getting a bit too hot in the kitchen, this is the response?” said former Chief Minister Gavin St Pier of Deputy Helyar’s personal statement to his Facebook followers.

“It’s a pathetic attempt to deflect ownership and responsibility for the work undertaken by THIS administration under THIS leadership.”

“I can’t stay silent when I see a public statement, from a very senior politician, which suggests we chase unicorns”

Deputy Helyar suggested this week that there is a “long list” of ways to cut out unnecessary States spending and address “structural and governance-based” problems in the States. He has yet to detail what this list contains, but has vowed to do so in the lead-up to debate.

Deputy St Pier said the opportunity to propose cost-cutting measures had already come before this States.

“First we had the 2021 budget which we were told was ‘inherited’ so couldn’t be changed; then financing and investment plan in GWP which was the chance to spell out how this government wanted to make cuts and reform but didn’t do so; and then this.

“This government is rudderless.”

If Deputy Helyar didn’t agree with the tax review and the question asked, he could have paused the process + formed his own terms of reference. If he dislikes it so much then he can withdraw this policy letter.

Own it or change it, don’t blame others for the work you lead on.

Employment & Social Security Peter Roffey was asked to take part in the tax review. He is bemused by Deputy Helyar’s sudden denouncement of it.

“I am flabbergasted by the statement from Deputy Helyar rubbishing his own report on possible ways to increase States revenues. He claims it seeks to answer “the wrong question”.

“If either he, or the Policy & Resources Committee, believe that, why on earth did they not seek to change the terms of reference before embarking on the task? Why waste the time and effort of top civil servants at a time when we know such resources are painfully scarce?

“This task is far too important for Guernsey and its future over the next decade and beyond for bickering.  I am happy to continue working constructively with all parties concerned and to continue serving on the investigation body which was always destined to come in for massive flack.

“That is the obligation which comes with office. Politicians of all stripes must work collectively to achieve workable and realistic policies and proposals. But sadly I can’t stay silent when I see a public statement, from a very senior politician, which suggests we chase unicorns.”

The Policy & Resources Committee has confirmed it remains fully committed to publishing the Tax Review, in the form of a green paper, later this month to facilitate a debate in the States Assembly.

Pictured: Policy & Resources has rushed to put out a statement following Deputy Helyar's statement, which the committee insists are his "personal views" and that they are not necessarily shared by other committee members.

Deputy Helyar argued that the States "should stop wasting money, cut cost and actively seek out ways to do that, not just put up taxes."

In a personal statement to his Facebook followers, he added: "No attempt has been made to comprehensively solve the underlying problems which are largely structural and governance-based."

The idea that £75m in extra revenue can be avoided through cost cutting will no doubt prove very popular, notes Deputy Roffey, who argues that it "doesn’t hold water when looked at in depth."

"To even try to fund the pressures which we all know lie ahead by spending cuts alone would require a policy of “austerity on steroids” which would devastate front line services.

"The only options open to ESS would be to reduce the states pension or the entitlement to long term care. We don’t intend to do either and believe such moves, as well as being immoral, would prove even more unpopular than increasing taxation.

"Of course at all times the States should be seeking efficiencies and cost reductions wherever possible. This is even more of a requirement when faced with a massive funding gap. But to suggest we can close that gap by stripping £75m out of public spending is a dangerous fantasy. It can’t possibly be done by efficiencies alone and would require a slash and burn approach to public services."

What arrant nonsense. P&Rs role is to lead; the treasury lead’s job is to lead. This is the total abdication and antithesis of leadership. If didn’t like terms of review, could have scrapped or amended: we’ve had 2 GWP debates rescinding and amending numerous other resolutions. https://t.co/Z81kSlLlH2

Deputy Roffey “hopes” the full extent of the suggested tax increases can be avoided but is “not convinced” they can be.

“Our working party has given several presentations pointing out what would be required to close the funding gap by spending cuts alone and setting out graphically how completely unacceptable, indeed unachievable, such an approach would be.

“I don’t believe the people of Guernsey should be soft soaped. Sometimes there are some hard realities to convey and it is a long tradition for the messenger to get shot for their troubles. Government is hard. Much harder than opposition."

Posted by BENEDICT COX on Aug 12th, 2021
Earlier today I posted a short comment. It conformed to the standards required by the editor/publisher. It was soon published. Later it had disappeared. Disturbing.
To place a comment please login Login »