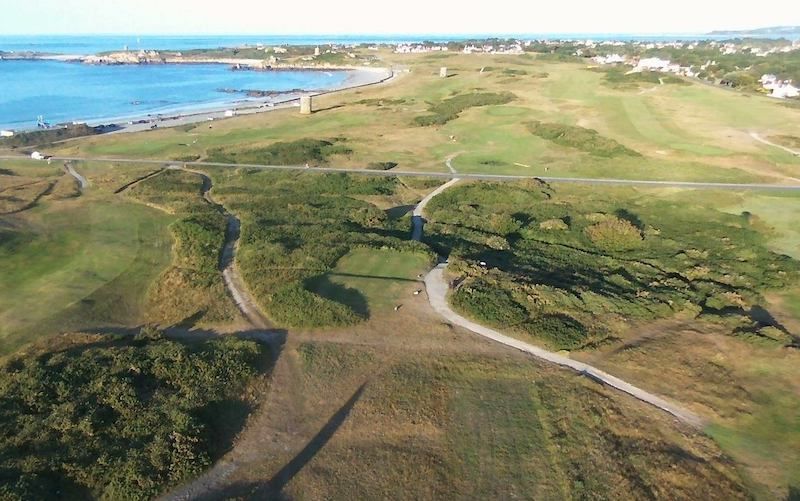 Vandals have damaged the golf course at L'Ancresse and equipment belonging to the golf clubs which operate from there.

The financial cost to the clubs - and whether any of it can be covered by insurance - will not be known until the damage and quotes to repair it can be fully assessed after the Christmas holidays.

Part of the damage was to putting greens, which require specialist maintenance.

Police say the damage was partially caused by a vehicle which was driven over L'Ancresse Common on the evening of Monday 20 December. Driving on the Common is banned by the Vale Commons Council, which oversees the Common.

Police are appealing for witnesses or anyone else with information about the incident to come forward and assist their investigation.

Phil Sykes, the golf professional at the Royal Guernsey Golf Club, told Express that the damage was first discovered last Tuesday morning by staff of the Club.

"Some tee markers and flags were missing," said Mr Sykes.

"They had been thrown into bushes. We found some of them, but some we didn't. We have a few spares but not endless supplies - so we'll need to buy more.

"It's just frustrating. It has happened before. It doesn't happen a lot here, but it shouldn't happen at all."

Members of the clubs have so far been relatively unaffected by the damage. Social games and competitions, including a busy event on Boxing Day, have continued as planned.