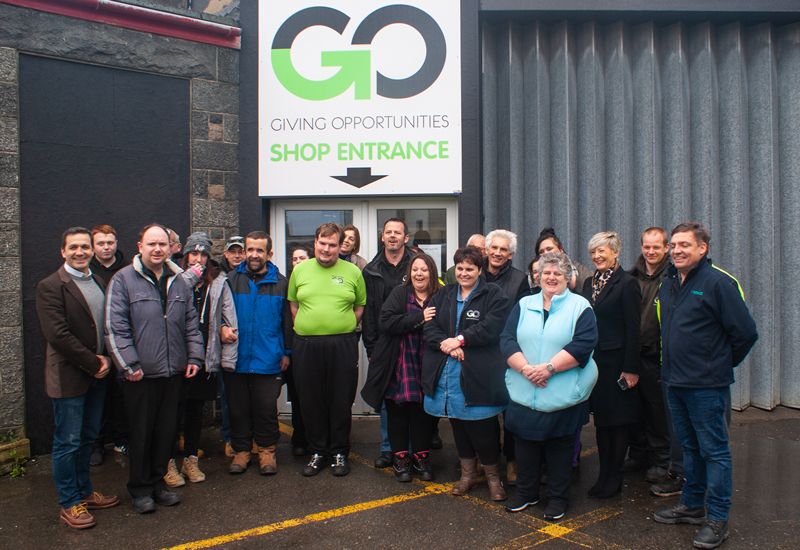 GO will be able to "significantly increase" the number of young adults they are able to train and support into full time employment, following a "game-changing" move to new premises at Northside.

The charity's new shops, sorting facilities and workshops were officially opened yesterday at a celebration that brought together GO's directors, trustees, patrons, staff and trainees.

On a cold and windy day, GO Patron His Excellency Sir Ian Corder said it was "warm and sunny in spirit" as attendees gathered in the main shop.

"GO's impressive set-up shows how, with care and attention and support, there is no reason why anybody cannot be helped into a meaningful place in the workplace and a fulfilling working life," he said. 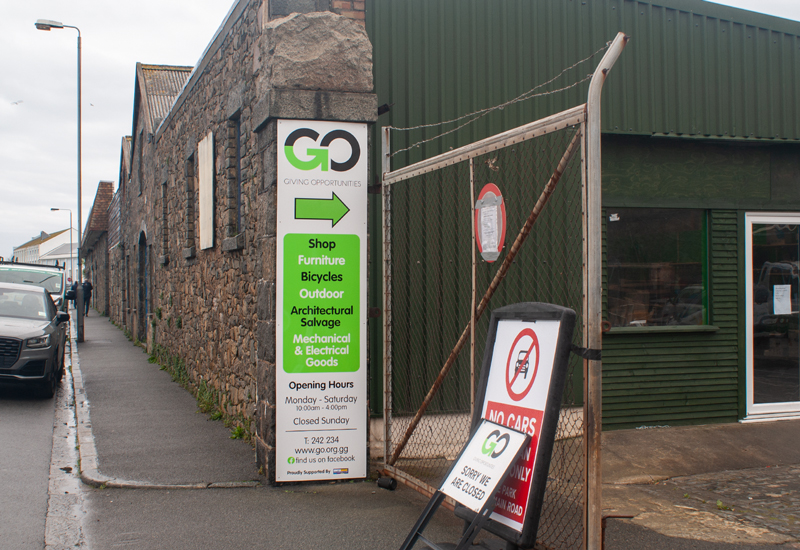 Pictured: GO has moved from its old premises on New Road to a larger base at Quayside, which has been made available to the charity by J&D Norman Limited and the Norman family.

"It is organisations like GO and GET [Guernsey Employment Trust] that enable us to do that as a community."

Sir Ian paid homage to Sarah Bamford, who established GO in 2009 as a social enterprise giving trainees an opportunity to work in a real workplace, where they develop both practical and interpersonal skills.

Mrs Bamford is stepping away from the helm this year and will take on an ambassadorial role for the charity. Her responsibilities are being divided between General Manager Rob Kerry and Chair of the Board of Directors Justine Gaudion.

Ms Gaudion said the GO team had worked tirelessly over the last two months "moving two buildings into one."

"This day is for all of the success they have achieved," she said. 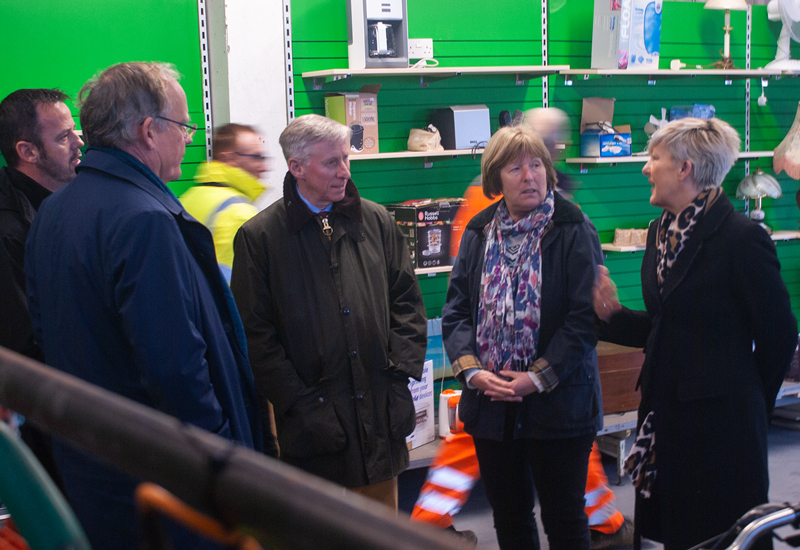 Pictured: The Lt-Governor Vice-Admiral Sir Ian Corder and Lady Kathryn Corder were given a tour of the entire premises, such as the electrical goods store.

"It is an exciting day, moving into this premises is a game-changer."

The newly-appointed Chairperson thanked everyone involved for their support of the charity's mission, which will allow GO to offer a dedicated retail space - including furniture and electronics stores - significant storage space, and workshops where trainees can up-cycle items they receive from the Longue Hougue recycling plant.

"There are so many people here that we owe enormous gratitude to for their financial support, for their time and effort."

These include J&D Norman Limited and the Norman family, who have made the large premises at the end of the Quayside site available free of charge. 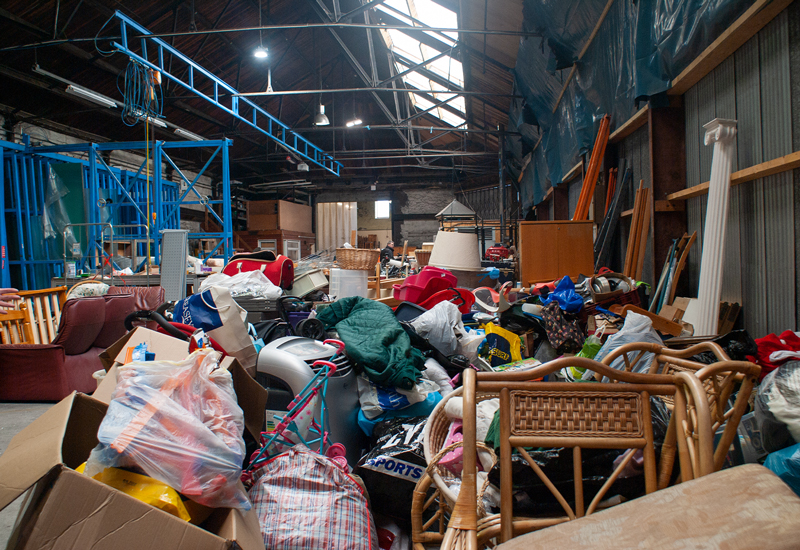 Pictured: GO recycles and upcycles items that it receives from Longue Hougue in order to raise funds and provide training opportunities.

In addition to the Norman family, who have also donated funds and materials, the Guernsey Community Foundation has donated £97,000 to pay the General Manager's salary for two years and to help the charity to become self-sufficient.

The Lloyds Bank Foundation has donated £30,000 for the move and refurbishment costs. Many others have given time and resources to assist with the move.

Financially stable and in a new home, the charity is now ready to increase significantly the number of young adults they are able to train and support into meaningful, full time employment.

In the past 24 months, GO has had 46 trainees referred to it. Of these, 27 completed a training programme and left for permanent employment, 8 are still with GO and 11 have not completed the programme.