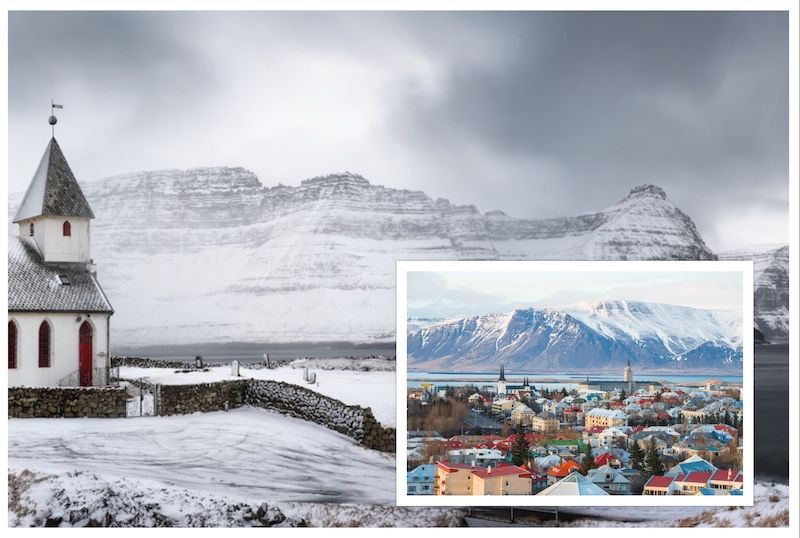 With the popularity of Guernsey’s new air link with the Isle of Man, attention has turned towards other jurisdictions where islanders may be able to enjoy unrestricted travel for a holiday.

In a media briefing on Friday, Deputy Gavin St Pier suggested two possible destinations, which are under consideration as potential 'air bridges'.

Deputy St Pier said he had a meeting planned on Monday with the Icelandic Ambassador in London.

"I’ve also written this week to the Prime Ministers of both Iceland and the Faroe Islands, inviting a joint exploration of air bridge links.”

Both jurisdictions mentioned by St Pier have gone several weeks since their last reported case of coronavirus. Though there are no official plans to establish these links, the suggestion has left islanders wondering about their new potential holiday destinations.

The Faroe Islands are an archipelago in the Northern Atlantic Ocean, their closest neighbors being Scotland and Iceland. There are 18 major islands; while they are much larger than Guernsey at a total 1,400 square kilometres, the population is much more sparse, with just 52,000 people spread across them.

Having been somewhat isolated from the rest of Europe for much of their existence, the inhabitants of the Faroe Islands have been able to maintain a unique connection to their Nordic cultural heritage.

Much of this is on display at The Nordic House, a museum dedicated to preserving and displaying the islands’ vibrant culture.  A music festival is currently running there until August 13, and an art exhibition will be running until August 16 alongside various guided tours, workshops & other attractions. 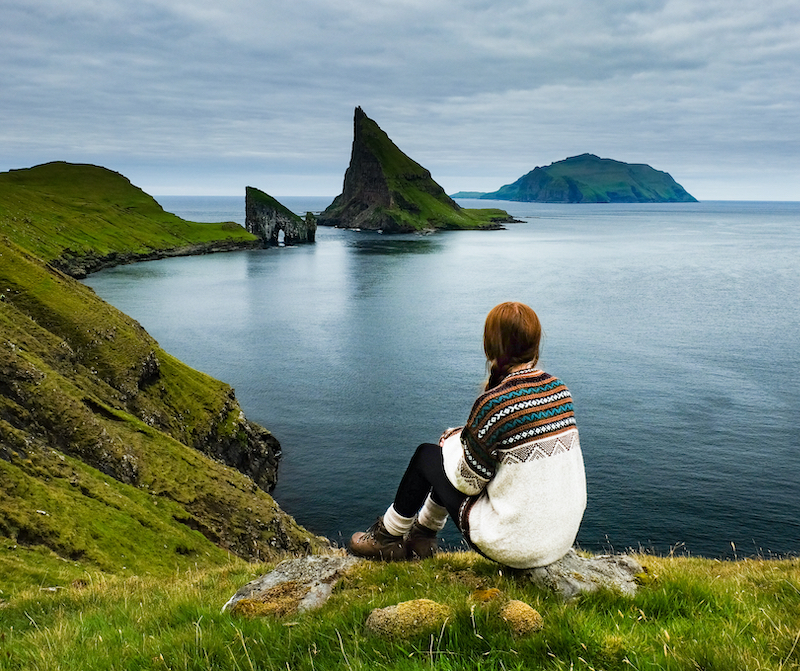 Pictured: Traditional Faroese knitted jumpers are one of the most striking visual connections to the Faroe Islands' Nordic roots. Younger generations have taken to knitting them with bolder colours and updated patterns.

Visitors may be shocked to discover some home comfort in the Faroe Islands. A historic connection to the United Kingdom has led to the importation of a few English treats, including fish and chips.

While summers in the Faroe Islands are typically colder than Guernsey, with an average high of 12 degrees, summer days are far longer with almost 20 hours of sunlight in late June.

Iceland has a lot in common with the Faroe Islands; a colder climate, sweeping natural scenery, Nordic roots and sunshine well into the night. But while the Faroes might appeal to those looking for a relaxed getaway, Iceland’s capital city Reykjavik may draw the attention of those seeking a more active holiday. 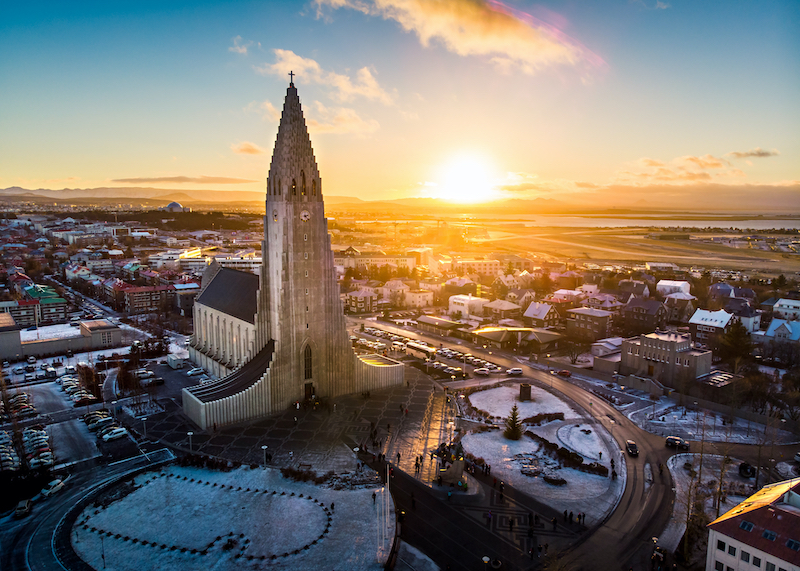 Pictured: The Hallgrimskirkja Church, an imposing landmark at the centre of Reykjavik, is a perfect starting point for exploring the city.

Reykjavik boasts a great many tourist attractions, many of which come in at under 900 Krona (about 5 pounds). There are a large number of public swimming pools and saunas to take a dip in which are heated year-round. Those that want a more scenic experience might also enjoy Nautholsvik beach, where the water is heated by geothermal vents.

There are also a number of ways to tour the city. Exploring the small residential streets by foot is a good way to soak in some of the local culture, including the curious Neighbourhood of the Gods, where streets and cafes are named after figures of Norse legend such as Thor and Odin.

But there are more adventurous options. Those with cash to splash may be interested in a helicopter ride across the city, which includes a scenic stop above the nearby Mount Esjan. There are also options for a horseback ride through the city, or opportunities for whale watching along the shoreline.

The vibrant evening and night life will round off any stay in the city. For evening meals, there is everything from seafood, to Mexican, to Sushi. More daring tourists might fancy traditional fermented shark, washed down with Brennivin, Iceland’s own incredibly strong schnapps. Reykjavik even holds a claim to the best hot dogs in the world; a hot dog stand near the harbour has long been a favourite of tourists to the area.

Reykjavik’s nightlife is also a huge attraction. Bars and nightclubs stay open until as late as 5am on weekends, and anything from live music to poetry to stand-up comedy (even in English) can be found.

Whether you fancy a scenic trip through Nordic history and culture, or a bustling whirlwind tour of city life, the two destinations proposed as air link destinations have a lot to offer travellers from the Bailiwick.

Pictured top: Iceland and the Faroe Islands have been suggested by Deputy St Pier as viable options for air links to allow unrestricted travel to and from the Bailiwick. 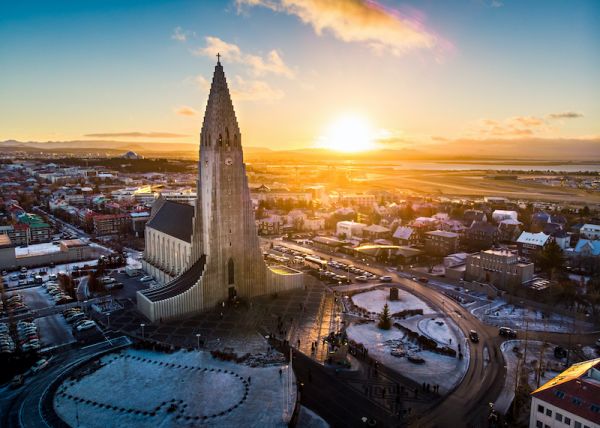 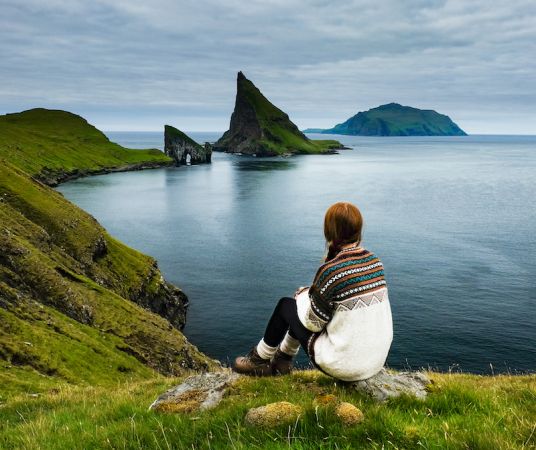 Glamping tents to stay over the winter

Hotel will be torn down and turned into "world class resort"