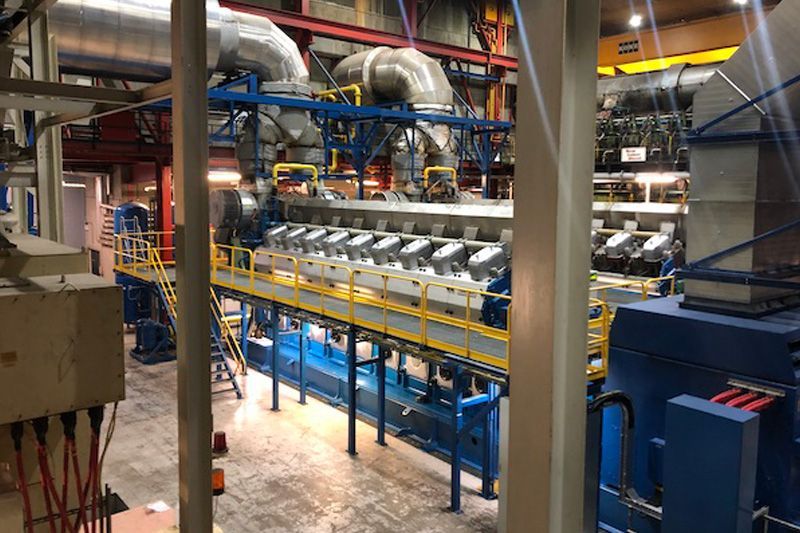 Guernsey Electricity has been accused of refusing to disclose the details of 'special agreements' with some of its corporate customers when requested by its regulator.

The Guernsey Competition Regulatory Authority claimed in November last year that GEL had breached its licence for not disclosing some of its corporate prices.

These were entered into under Section 16 of Guernsey's Electricity Law, which permits GEL to enter into 'special agreements' with some customers that are not subject to the utility's general tariff regulations. The GCRA insists they are "nevertheless susceptible to price regulation.”

Following a Royal Court battle with GEL and the company's rejection of any wrongdoing, it was confirmed that there were no conditions in GEL’s licence agreement requiring it.

The Authority has now proposed the imposition of a new licence condition "to meet its regulatory obligations in exercise of its jurisdiction confirmed by The Royal Court".

Guernsey Electricity CEO Alan Bates said the States-owned utility was “surprised and disappointed” by the draft proposal. “The Royal Court has in recent months quashed a previous GRCA direction that sought to achieve the same outcome, in its entirety,” he said in a short statement.

“We are considering the content of the consultation and will continue to work with the GCRA for the benefit of all our customers.” 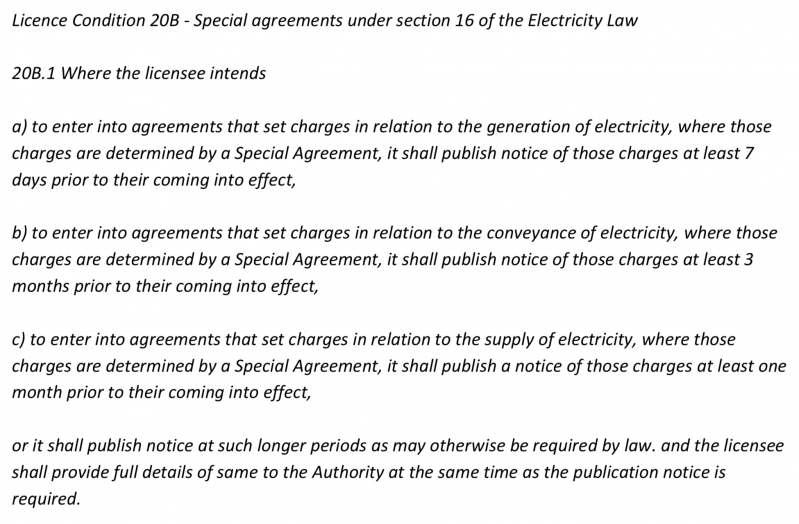 Pictured: The proposed modification to GEL’s licence is the addition of the following licence condition.

Why is Guernsey Electricity in dispute with its regulator over 'special agreements'?

The GCRA has taken issue with GEL charging undisclosed prices to some of its corporate clients. The company says that these are "special agreements" permitted under the governing laws and as such the obligation for public disclosure of prices does not apply.

However, the GCRA says such prices must still be published, and that GEL must demonstrate that they are "transparent, non-discriminatory and cost-justified", as stipulated by its licence.

The regulator issued a notice in November, demanding that any and all special agreements be published within three weeks to enable the appropriate "checks and balances" to take place, arguing that visibility of prices and discounts offered "is necessary for the Authority as the regulatory body”.

The GCRA says that directive was never adhered to.

“That approach was resisted by GEL to the extent that at the present time the Authority has sight of only a single agreement but understands there are at least four agreements entered into,” said the GCRA in a statement.

The GCRA wants to insert a new condition into GEL’s agreed licence forcing the public disclosure of any and all special agreements before they take effect. It states that: "The purpose of the licence condition is to achieve the benefits of transparency and an obligation on GEL to satisfy certain due diligence safeguards regarding its pricing in special agreements prior to their coming into effect.”

The only special agreement that the Authority does have sight of reportedly “indicates that the customer was previously a tariff customer whose tariff prices would have been published.”

The GCRA says the nature and timing of the agreements raise alarm bells.

“The customers approached by GEL were existing commercial customers on tariffs rather than customers that the special agreements provisions in the law seem to have been intended for.

“The timing of GEL’s approaches to former tariff customers is not specified in the evidence available to the Authority but it would appear from correspondence and information that GEL initiated these approaches soon after the first new entrant electricity licence application was granted in August 2017.

“There is reason to consider these former tariff customers were the sort of customers that newly licensed competitors were likely to have based their market entry investment plans on for acquiring market share. In some circumstances the above conduct can constitute abusive conduct by a dominant firm; despite this the Authority was not given sight of such developments in a regulated market by a licensee with a dominant position.”

Who else has an electricity licence?

Guernsey Electricity is licensed by the GCRA (previously CICRA) to generate, convey and supply electricity in Guernsey. There are two other electricity licensees in Guernsey - the International Energy Group and The Little Green Energy Company - both licensed to generate electricity for the purposes of supply.

The Authority has also recently received an application from Rubis Channel Islands which has been given draft approval, subject to final consultation. 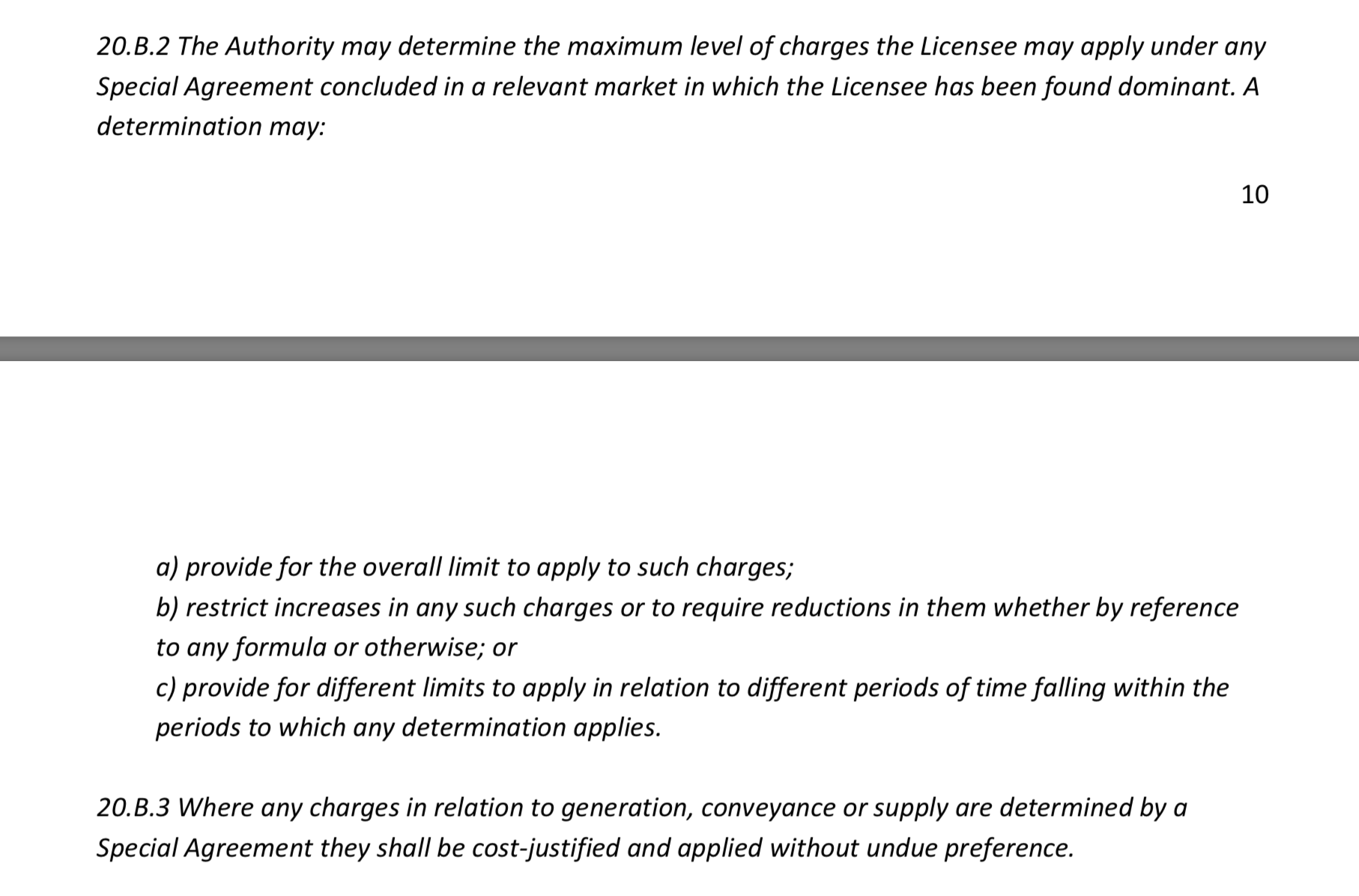 Pictured: The GCRA’s proposed modification “is intended to provide the Authority with adequate assurances that certain pricing safeguards have been observed by the Licensee prior to their coming into effect […]  provides for timely intervention to address concerns identified by prices in those Special Agreements.”

The proposal can be read in full HERE. Representations can be made before 17:00 on Monday 15 October 2021. These should be addressed to either info@gcra.gg or Suite 4, 1st Floor, La Plaiderie Chambers, St Peter Port, GY1 1WG. They should be marked 'Comments on GEL Licence Modification Special Agreements'.