Gavin's 'letter to the editor' 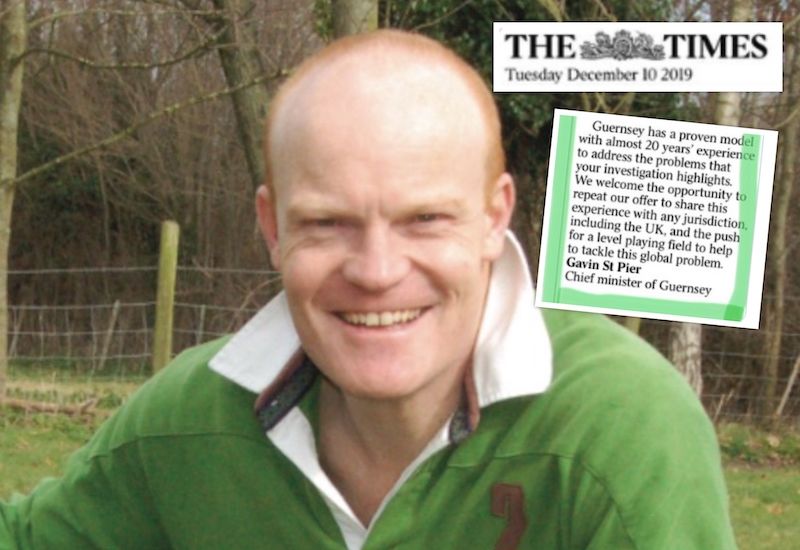 Gavin's 'letter to the editor'

Guernsey's Chief Minister has put pen to paper as he yet again defends the island's reputation on a national stage - this time through the traditional 'Letters to the editor' page of The Times.

Deputy Gavin St Pier had a letter printed yesterday, where he reiterated Guernsey's high standards of regulation for trust and company service providers and again said the island would share its knowledge and experience with other jurisdictions, including the UK.

If UK serious about upping game in fighting financial crime, it needs to up its ambition in relation to regulation of trust and company service providers/formation agents - and be willing to learn from those jurisdictions that have experience of doing so. @thetimes @WEAREGUERNSEY pic.twitter.com/6XnKUFpgAf

Guernsey is regularly accused of being a 'tax haven' with lax regulations on its finance sector, but as Deputy St Pier wrote in his missive to the editor of The Times, the island's TCSPs are actually regulated through a "statutory regulator independent from the regulator of companies"

Deputy St Pier acknowledged there is a "global problem" which needs tackling within the regulation of trust and company service providers, but he wrote that "strict money-laundering rules and sanctions regulations also apply, making a high bar for due diligence before company formation."

It's not the first time Deputy St Pier has used social media, and traditional media outlets to try and protect Guernsey's reputation as a regulated finance centre.

Over the last few days he has replied to The Times Twitter account repeatedly proclaiming that the UK "needs to introduce the regulation of company service providers/formation agents" just like Guernsey did "20 years ago and we’ve offered on multiple occasions in recent years to share our experience with the UK government."