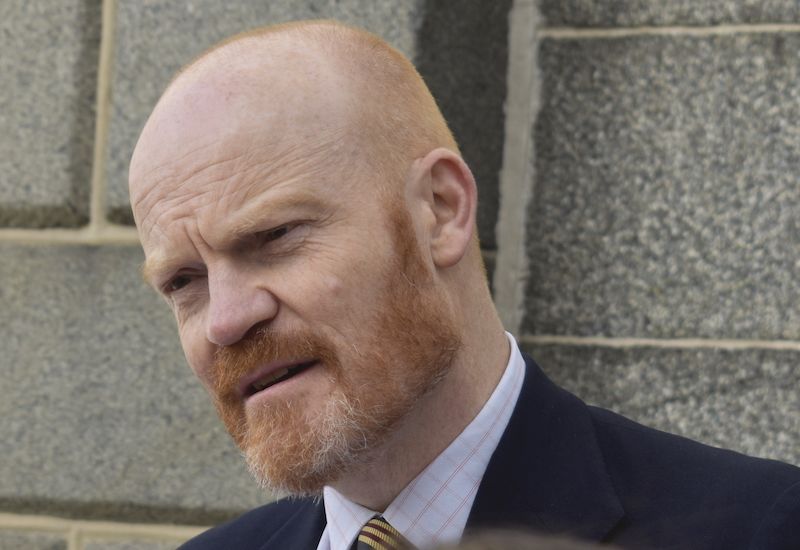 Former P&R President, Deputy Gavin St Pier is "frustrated" by the outcome of the recent States committee elections, suggesting his defeat was down to more than just a difference in "philosophical approaches".

After topping the poll in the first island wide election, Deputy St Pier stood to be re-elected to his role as Chief Minister.

However, it was Deputy Peter Ferbrache who won the votes of the new States Assembly.

Deputy Ferbrache did offer Deputy St Pier a position on his committee, but he turned it down, saying he didn't want to be "looking over the shoulder" of the new President.

"During the election campaign, I tried very hard to explain to the electorate that a vote for me alone simply was not enough to secure continuity of my leadership," said  Deputy St Pier in an open letter to the public, which he has published today. "I apologise to each of you who wanted that outcome; I failed to communicate that critical message to enough voters. 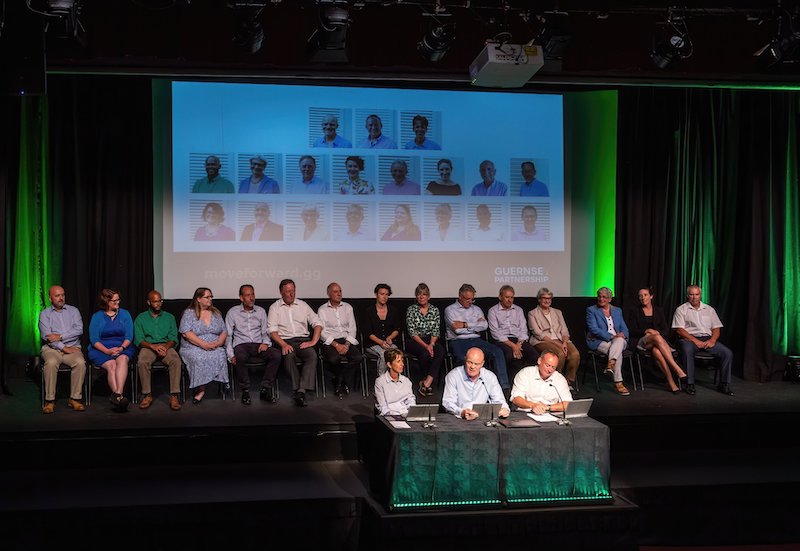 Pictured: Deputy St Pier set up the Partnership of Independents ahead of the election.

"The reality is many of you may have not only voted for me but also for successful candidates who did not support me to become P&R President. If there had been greater transparency as to which non-party candidates were aligned with each other, would it have changed your vote?  If you had known Peter Ferbrache might be a candidate for the role, would you have been interested in which of Peter or me other candidates would support if elected?  These are now just hypothetical questions."

Following his unsuccessful bid for P&R President, Deputy St Pier went for the role of President of the States' Trading & Supervisory Board.

He was up against Deputy Peter Roffey, who won the seat by 24 votes to 12.

"I was pleased that Peter Roffey also stood for the role," Deputy St Pier continued. "I knew we had different philosophical approaches to the purpose of the STSB and I welcomed the States being presented with that choice. However, the size of my defeat would suggest to me that there was more than a difference in our different philosophical approaches towards STSB at play in the voting."

Deputy St Pier said his thoughts were confirmed when his offer to serve on the Scrutiny Management Committee was also rejected by States Members. 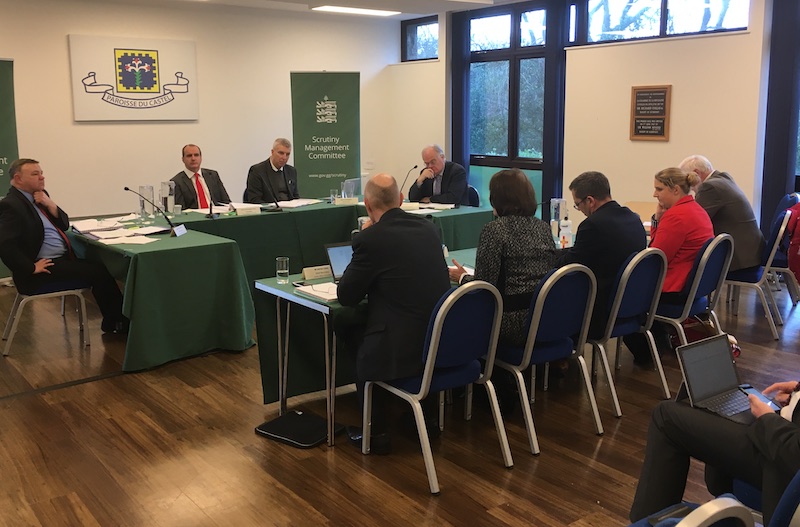 "It is clear that a majority of the States of Deliberation can see no current role for me," he added. "I am frustrated at this situation but I do not feel bitterness towards my colleagues within the Assembly."

Despite not being accepted for any of the roles he was hoping for, Deputy St Pier has confirmed he will not be resigning.

"Having topped the poll, I stand on the shoulders of those I serve - the 14,000 of you voted for me," he continued. "I may have lost my office and role but that result can never change. Some in our community may want to see me humiliated – that’s politics. I don’t, and won’t, ever feel humiliated following that result.

"I was elected by you, the people, and I will continue to serve you as best as I can. For now, that means I will serve on the backbenches.

"Many election promises made by colleagues are likely to prove irreconcilable – more services and investment with no borrowing and no new, or even lower, taxes.  I will endeavour to use my experience and knowledge to scrutinise and hold my peers to account, in particular, to honour their manifesto commitments – or justify departures from them."

After a very unusual week in Guernsey politics, 2 messages: thanks for all your support, I will respond in due course to you all; and please don’t be angry - hang in there! I’m not going anywhere. Enjoy your evening - now I’m off to put my feet up! pic.twitter.com/mWVN6ifilh

Deputy St Pier thanked the people who have contacted him after hearing of the election results.

"Many of you have expressed feelings of anger, hopelessness and despair," he said. "I am particularly concerned to receive comments in this vein from young people. You have enough threats to your future, such as the impacts of the pandemic, technology and climate change, without having to worry about the impact of politics on the future of your island home.

"I have not lost hope. I am not despairing. I will continue to do my very best for those I serve – you, the people of Guernsey. I will take the time I now have to work with all those across our community with similar values and aspirations to give you reason to vote again.