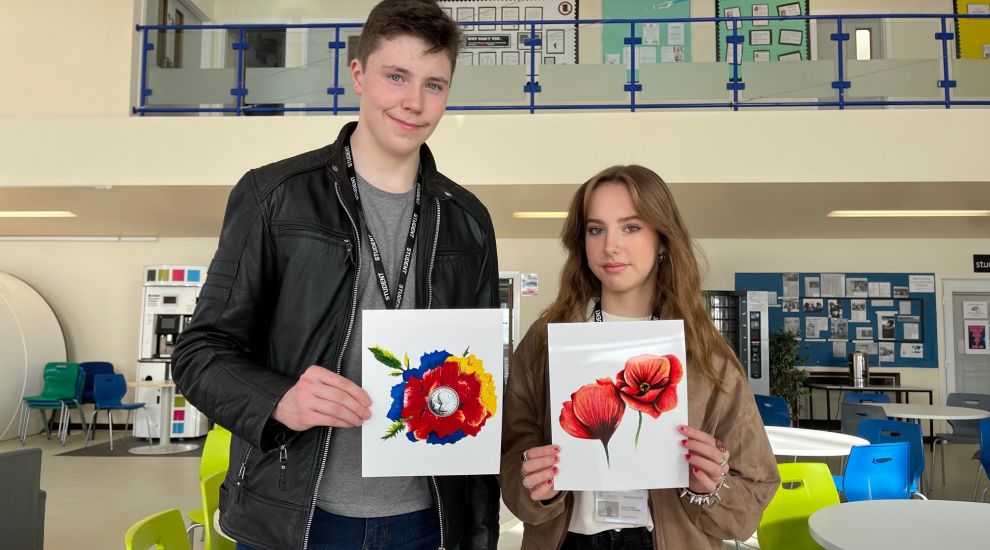 An image designed by a College of Further Education student has been painted on to a bus ahead of Remembrance Sunday, this coming weekend.

Robert Francis, a student at The Guernsey Institute, created an image of a red poppy which also incorporated blue and yellow.

These colours were chosen to reflect the Ukranian flag as the country continues its defence against invading Russian forces.

He, and other students, were asked to design an image to reflect remembrance which could be incorporated into the designs of Guernsey's buses.

A spokesperson for CT Plus said the company would like to thank The Guernsey Institute: College of Further Education for taking part in this year’s design a poppy competition, which coincides with the 104th anniversary of the end of the First World War and the signing of the armistice. 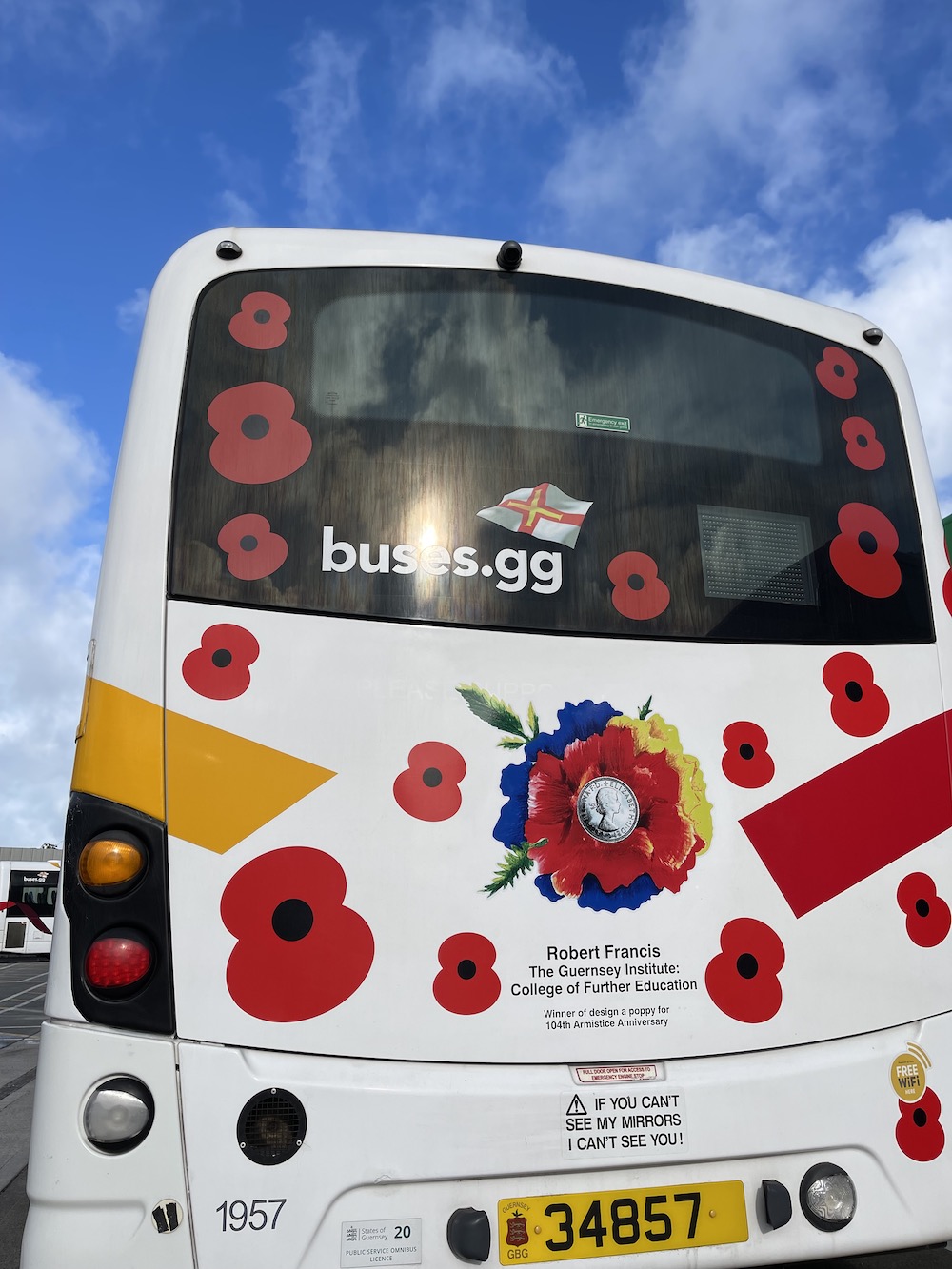 Pictured: Robert Francis' winning design is now on the back of the Poppy Bus.

CT Plus Operations Manager Kevin Jackman said it was a difficult choice to pick the winner from all of the entries.

"With another year of excellent entries, the engagement and creativity of the young people is to be commended. The staff team at CT Plus is very proud of the Poppy Bus and we hope its travel around Guernsey can continue to inspire the island’s next generation to be involved in all the poppy represents.

"Special thanks must be given to the Guernsey College of Further Education for their involvement in the 104th design for the Poppy Bus."

All entries to the competition are on display inside the Poppy Bus on a dedicated panel. A copy of this large poster will also be in the Town Terminus Shop during this period of remembrance. A copy has also been given to the College to display. The winner and runners-up were given a photo print of their design and an Explore Guernsey by Bus mug.

Student, Robert has also been given a canvas version of his winning design and a monthly puffinpass.

He was very pleased to win with his Ukrainian themed entry.

"I wanted to express three elements in my design that of the fallen soldier with the poppy, the mourning of Queen Elizabeth with the coin and the conflict in Ukraine with the colours yellow and blue."

"He also said it's "bewildering to think my design is now on the bus".

Pictured top: Robert Francis and Emma Crittel with their designs.

Robert Francis: poppy with Ukrainian colours and image of coin

The bus with Robert Francis' poppy design on it

Robert and Emma with the poster of all of the entries 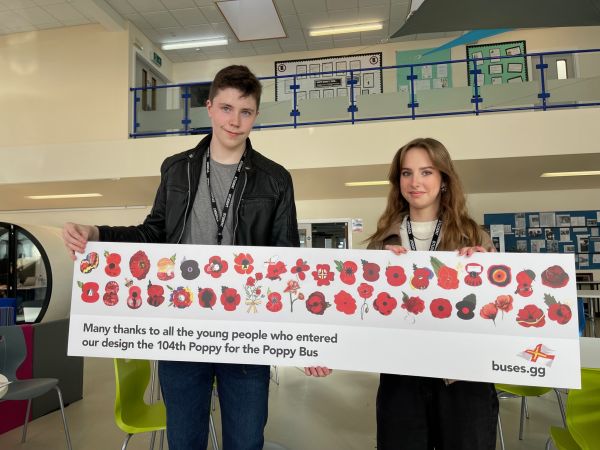 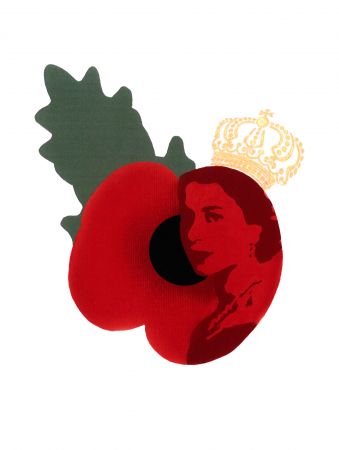 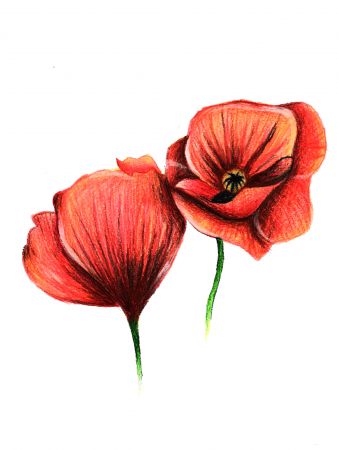 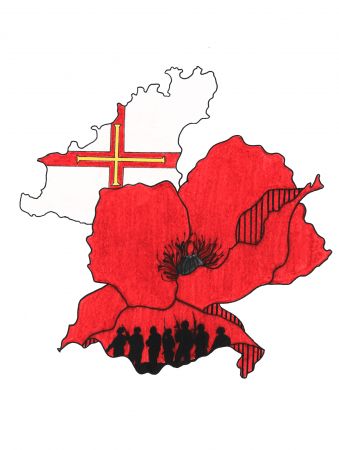 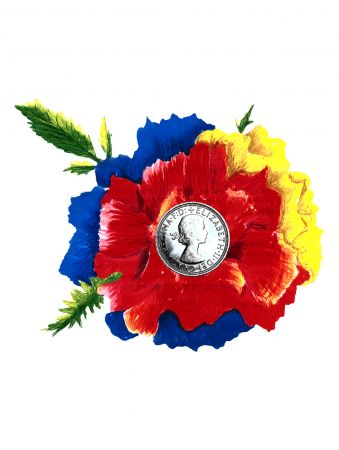 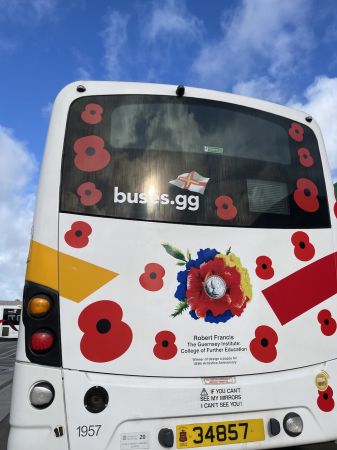