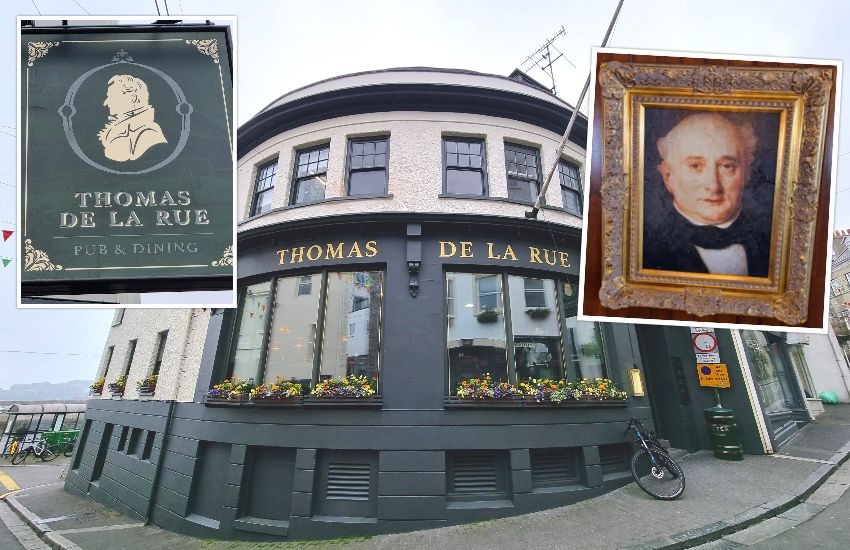 The Thomas De La Rue has reopened to the public following its first major refurbishment in decades, with the General Manager saying that it is one of the few remaining traditional pubs in St Peter Port.

Mr De La Rue’s first printing house started in the building the pub now operates from on the North Plantation.

Amanda Roberts, the General Manager who has worked at the pub for 14 years, said although many changes were made to the design of the pub they wanted to “keep the traditional features and pub atmosphere”.

She said the pubs rich historical past made the establishment “one of the most iconic of the Liberation Group”.

“There’s not many traditional pubs left in St Peter Port”. 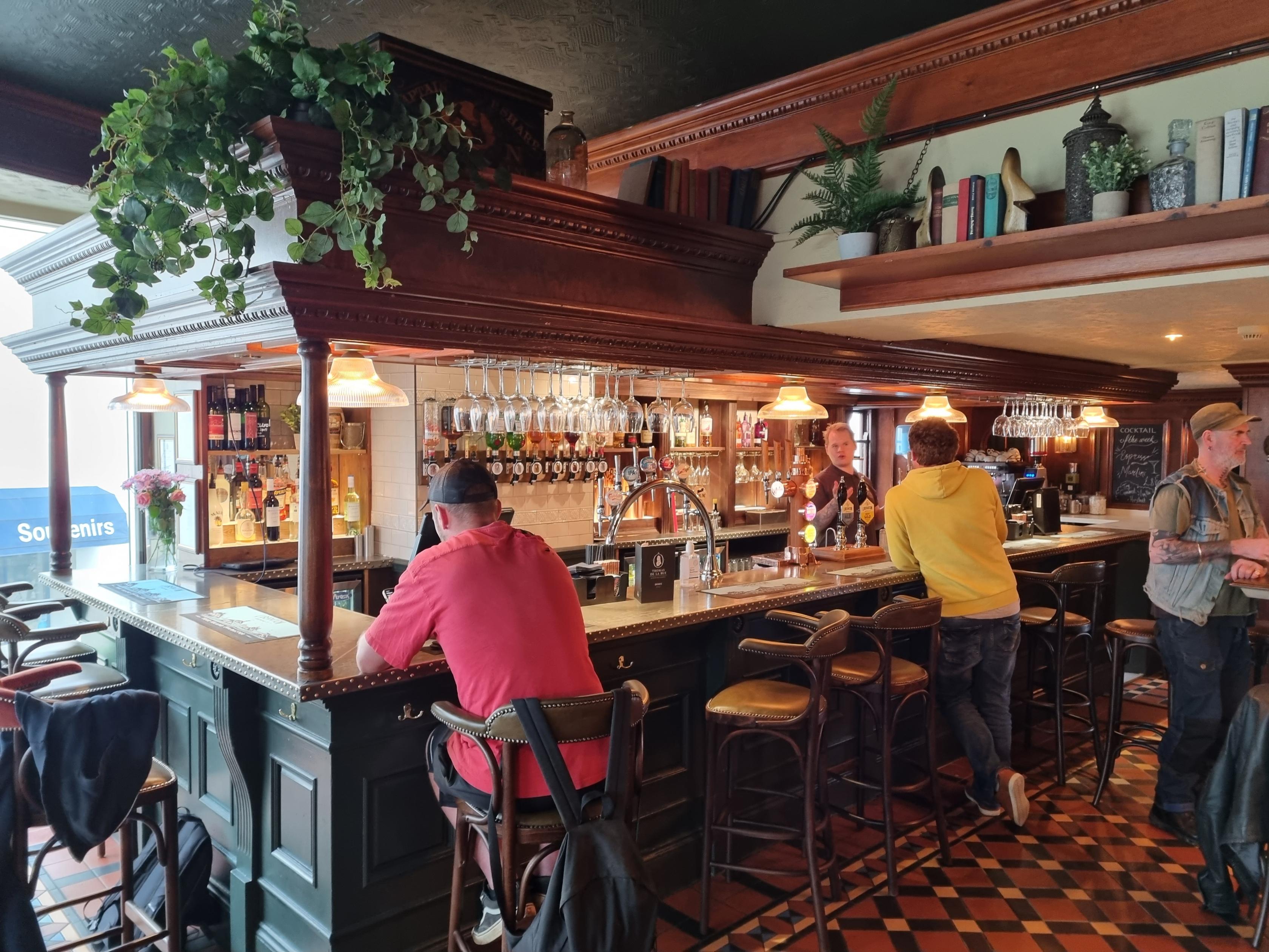 “Everything is new,” said Ms Roberts, "including the menu, tables and chairs, fixed seating areas, flooring, and lighting throughout the building."

A fresh coat of paint was also applied both internally and externally, with new sign detailing on the windows.

A portrait painting of Thomas De La Rue himself has been remastered and moved from the hallway into the main bar area.

There is a whole new back bar, and two new real ales, brewed by Liberation Group, are now available on draught from the bar.

Cider drinkers also have something new to try, with a Thatcher’s fusion pump now in operation offering three different fruit flavours from a single keg.

There is also an expanded selection of non-alcoholic beverages, with a 0% ale available on draught alongside alcohol-free red, white, and prosecco wines. 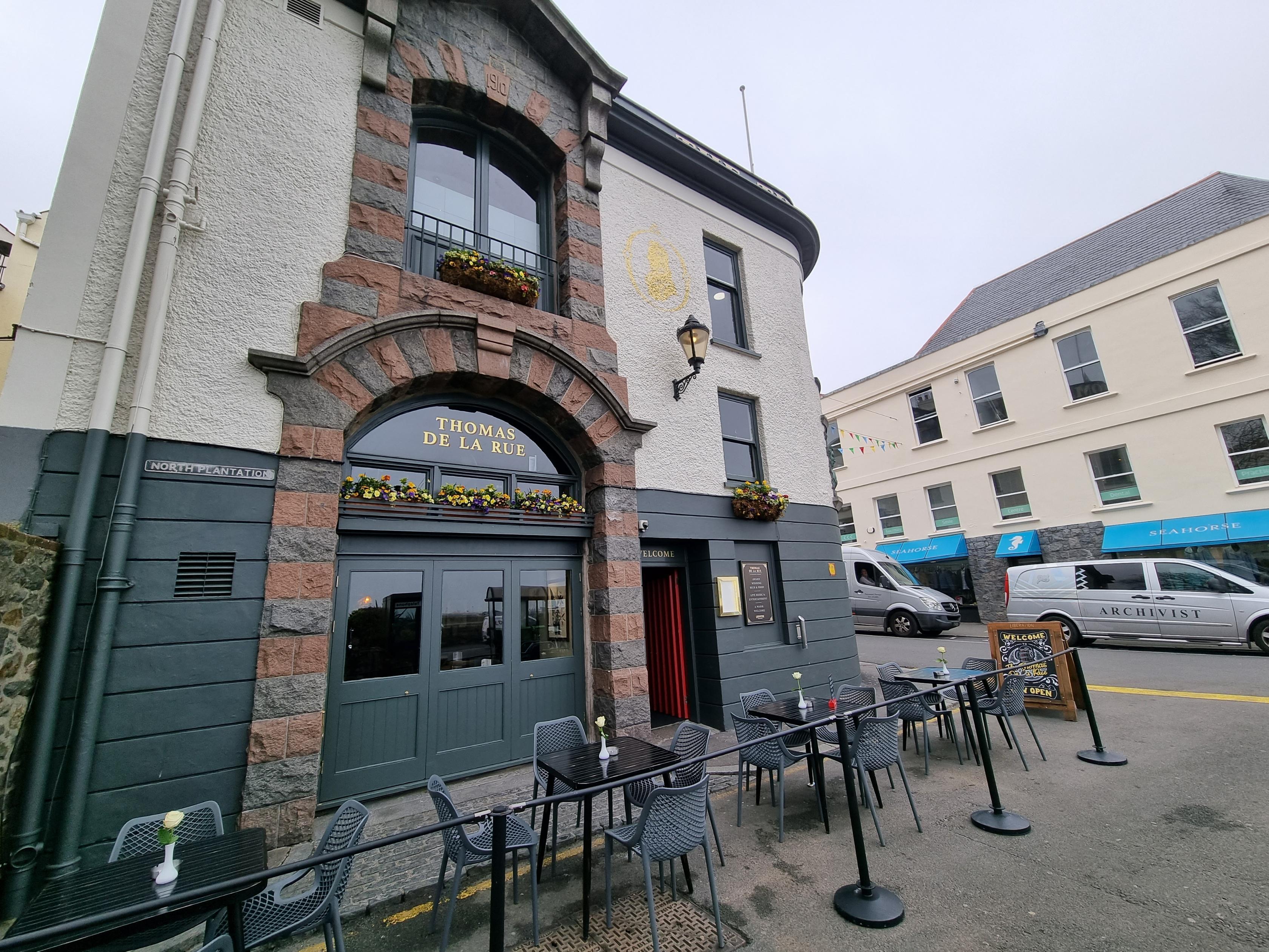 Pictured: the exterior of the pub has been fully redecorated, retaining its historical features.

The pub will continue to host open-mic nights on Monday and Wednesday evenings, and Express understands there are more developments coming soon about the pub's live music offering.

The downstairs of the pub has also seen significant changes, with Ms Roberts claiming they aimed to create “a pub within a pub”.

New wooden flooring has been installed and the space has been expanded to have capacity for over 30 covers for lunch and dinner, but customers are still encouraged to use the space for drinks.

There is a new look for the conservatory, which is now being called ‘the garden room’.

The downstairs area remains available for private hire events, with Ms Roberts saying it provides a “great private party space” which is adaptable for the changing seasons. 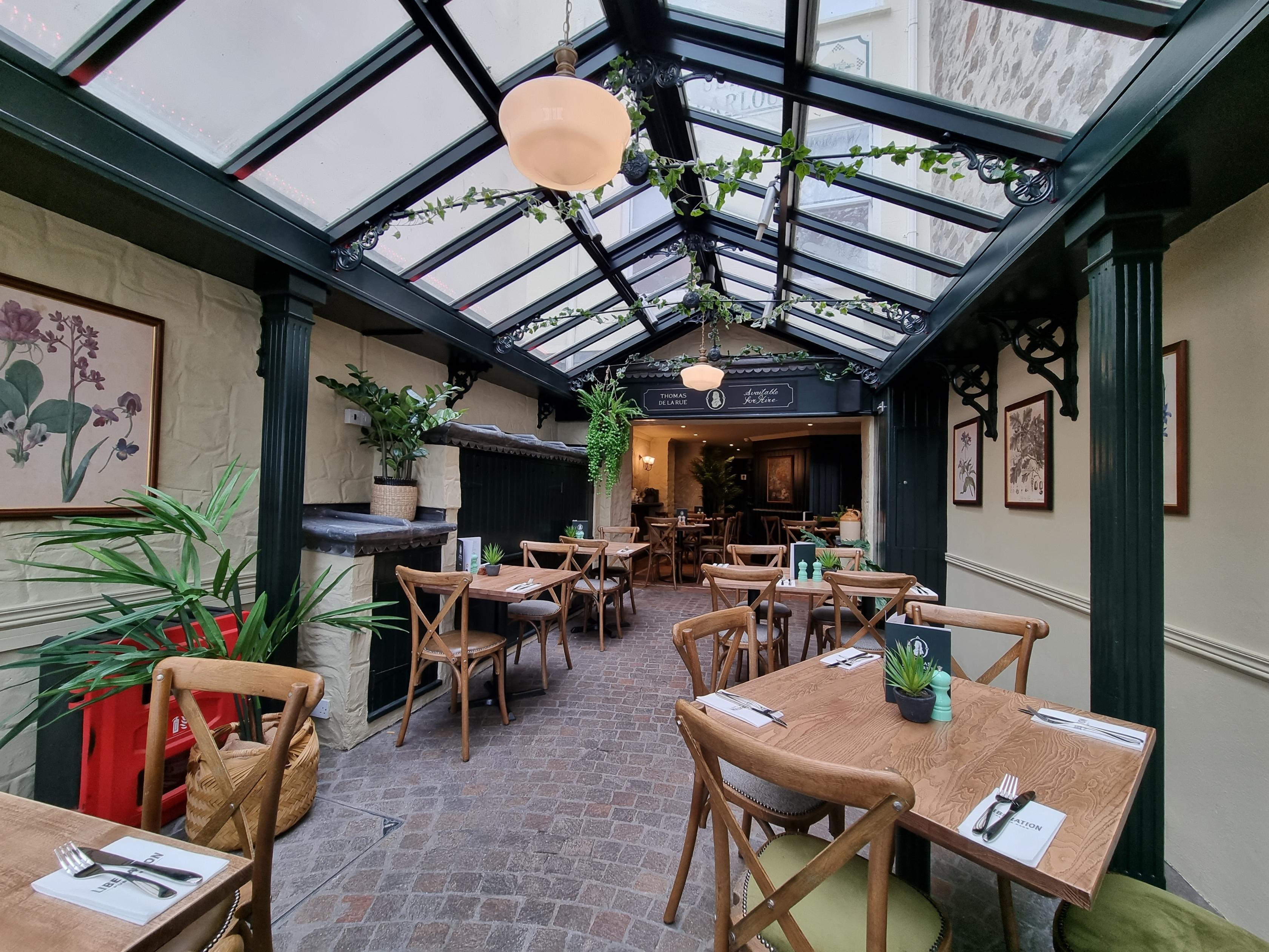 Pictured: the garden room features vibrant greenery, and the space can be converted into a private event area.

Ms Roberts noted that tourists frequent the pub when visiting St Peter Port, remarking that tour guides often bring groups to the building to highlight the historic business venture started there by Mr De La Rue over 200 years ago.

She hoped that both tourists and locals would enjoy the new look of the pub, adding that “Liberation Group is now investing a lot into its Guernsey pubs”.

A gallery of images of the pub can be viewed below: 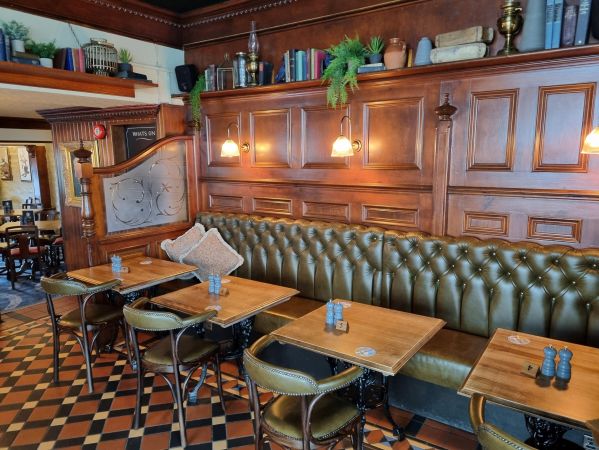 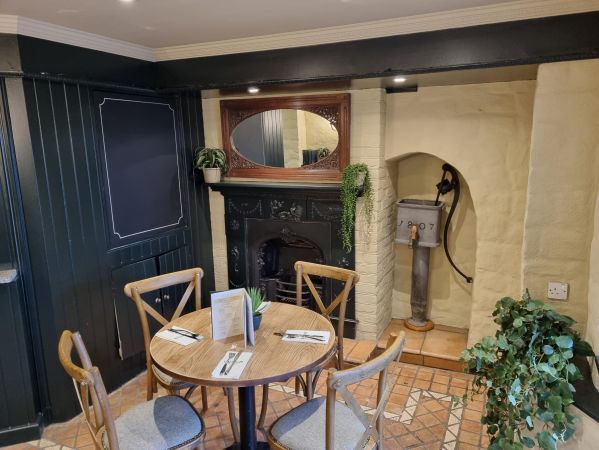 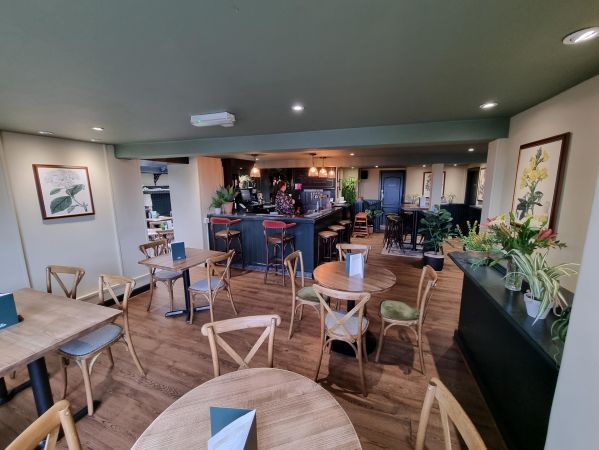 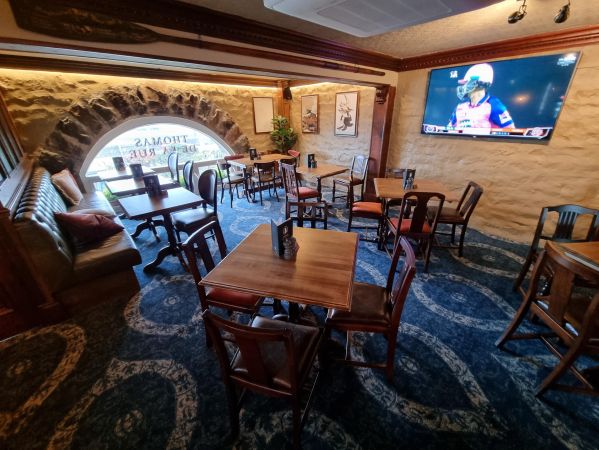 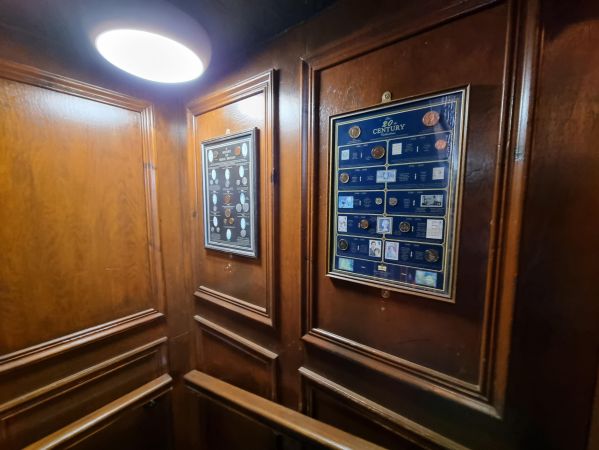 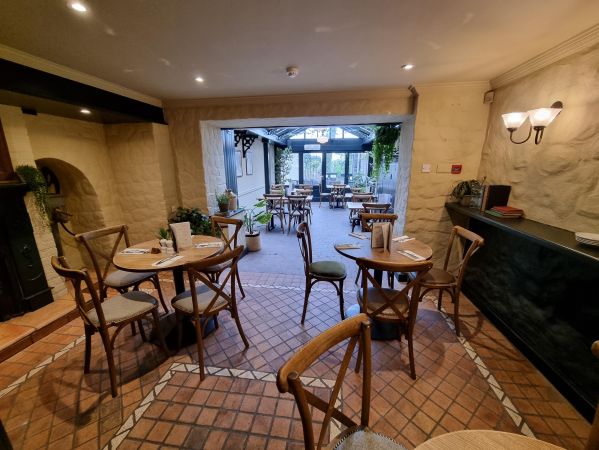 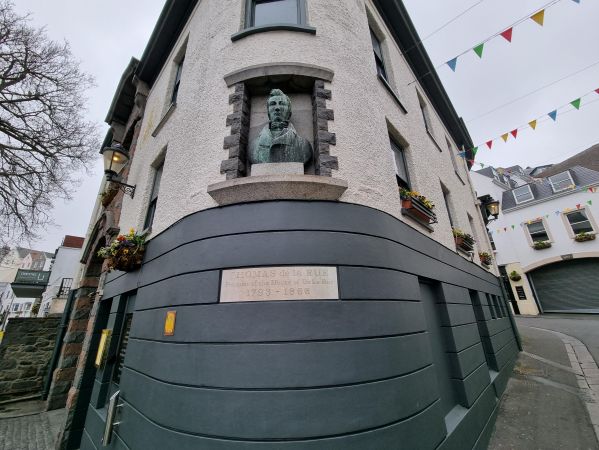 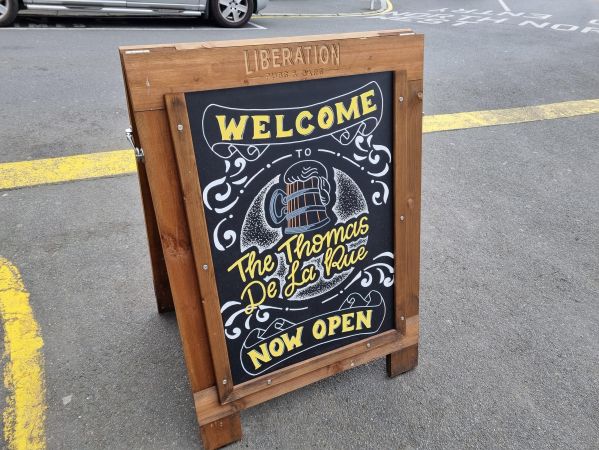 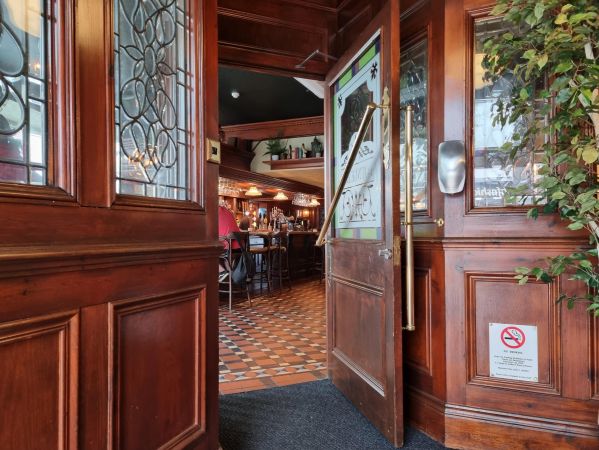