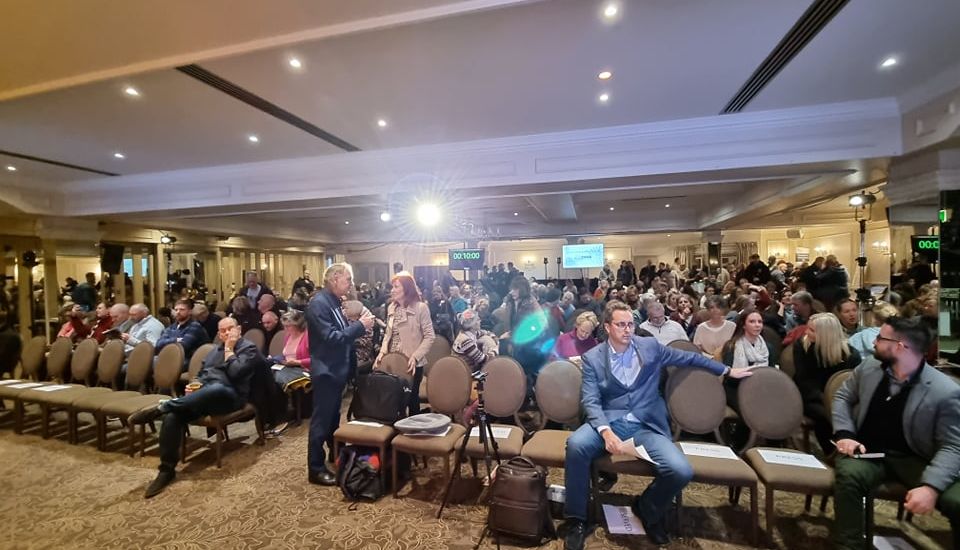 Anti-vaccination arguments were presented at an event last night where members of the audience also strongly criticised some of Guernsey's public health leaders.

The third Covid Conversations event was held at St. Pierre Park. It promoted an alternative take on what its organisers consider to be the prevailing perceptions globally about covid and governments' responses to the pandemic.

The event was organised by Laura Anderson Mancini, who argues that governments and the best-known media organisations pursue and publicise only a narrow range of evidence and views about covid and therefore distort prevailing public opinion.

At last night's event, Ms Mancini told Express: “Why is it that the other side of this narrative is not being aired? It’s that disproportionality that I’ve felt so heavily.

“We must not forget that in Guernsey we are unlocking, but over the water in Europe they are looking at mandating vaccines. What happened to our rights and freedoms?” 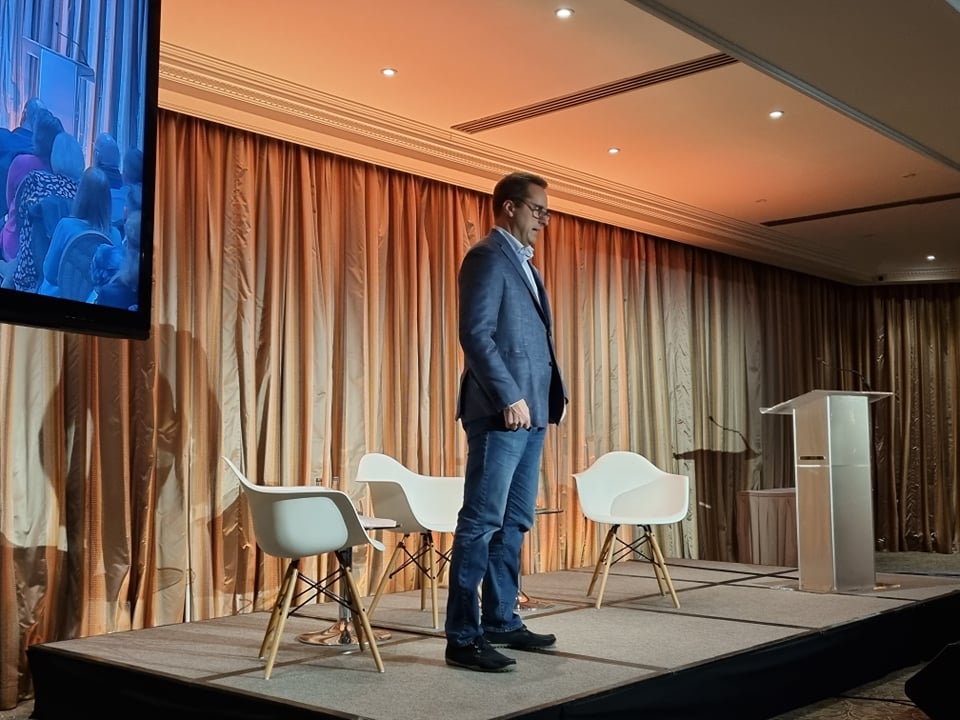 Express recently published an open letter which Dr Patterson had written to the States some time earlier in which he was strongly critical of aspects of the island's response to covid.

At last night’s event, Dr Patterson spoke at length about what he said was a ten-fold increase in myocarditis in the island and presented an interview with a 20-year-old who was hospitalised after the vaccination.

This followed a video published by the States last month in which Dr Peter Rabey, Medical Director of the Princess Elizabeth Hospital, said the Hospital had recorded no cases of vaccine injury.

Dr Rabey later clarified that he had since become aware "of one hospital admission locally that does look to me to have the potential to be due to a vaccine injury".

His January broadcast was booed at last night’s event while members of the audience shouted “liar” at the screen. 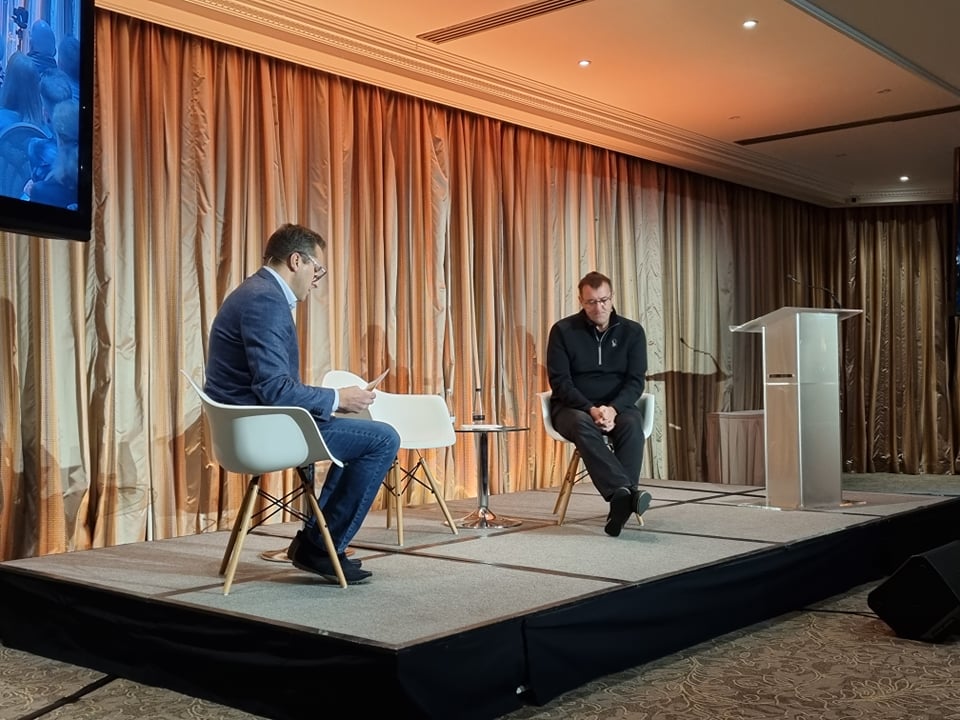 Pictured: “I watch a lot of sport. The amount of sports people I’ve seen collapsing, struggling to breath… I’ve never once seen players coming off the field with heart problems [in my career],” said Matt Le Tissier.

Dr Peter McCullough joined the event by video link. He has recently been in the headlines following a controversial interview he gave to the Joe Rogan Podcast.

He made a series of claims about vaccines and myocarditis. He said the covid virus could not be spread between asymptomatic people, which contrasts with the advice of the World Health Organisation, which states that infected people can be contagious whether or not they have symptoms.

The event finished with talks from Dr Tess Lawrie, who was promoted as a specialist in the treatment ivermectin, and Dr Robert Yoho.

You can see pictures of various speakers and banners from the event below: 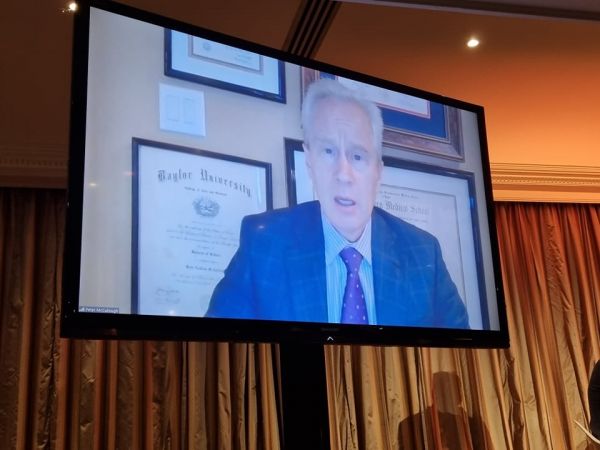 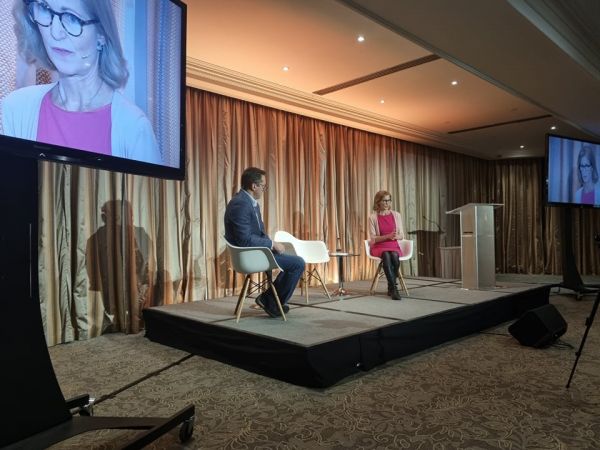 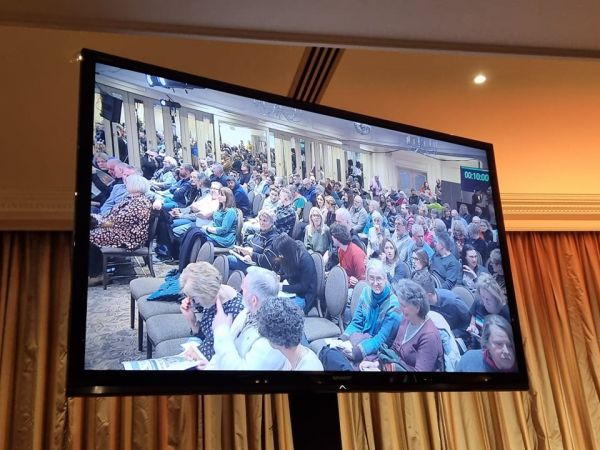 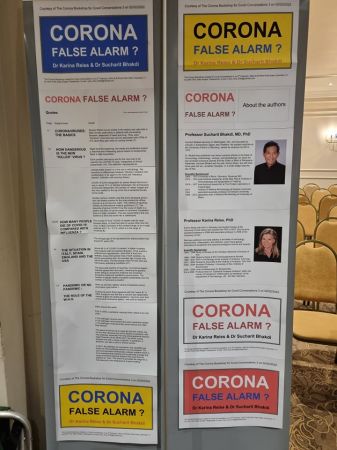 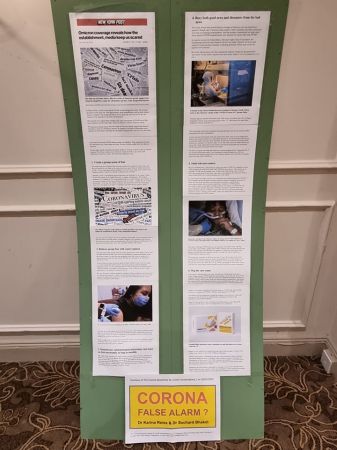 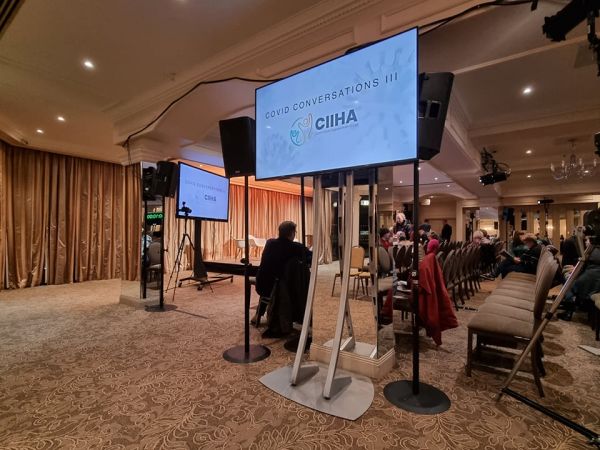