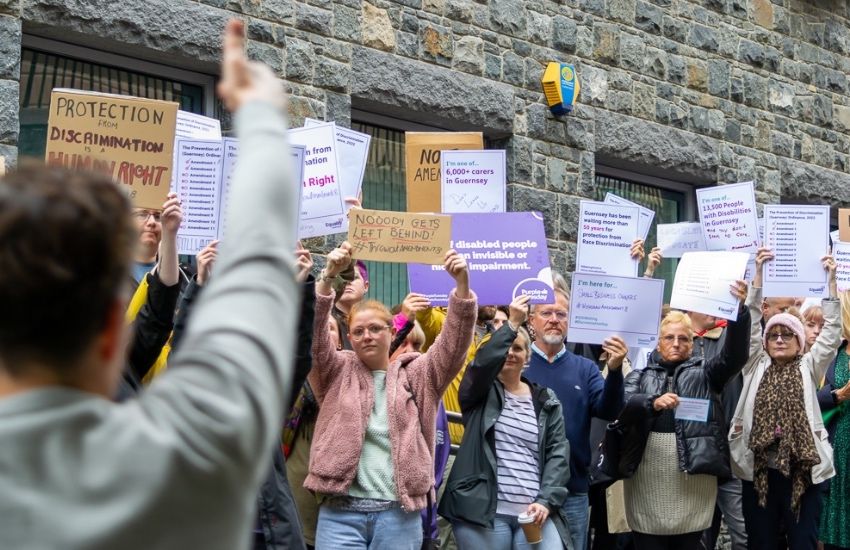 There was a stark change in mood from 2020 as hundreds of anti-discrimination campaigners gathered outside Guernsey's Royal Court this morning.

Those gathered were advised by organisers to not cheer deputies as they entered the building, and to instead let them pass in silence to make a point.

He added that Amendment 8 – which seeks to exclude businesses under five persons from the legislation – is “a disgrace and it shames Guernsey”.

“Remember, look them in the eyes and keep quiet.”

The same campaign groups had cheered and applauded members of the previous States Assembly before they directed the Committee for Employment & Social Security to draft anti-discrimination legislation and bring it back to the States.

Watch: Mrs Blanchford and Mr Platts addressed the crowd on the steps of the Royal Court earlier today.

Karen Blanchford, Partnership Director at the GDA, echoed Mr Platts disappointment: “There is a deep lack of understanding of the law, there’s something called reasonable adjustments, undue burden, proportionality – all of that basically is built into the law.

“There is no way we are a minority group.” 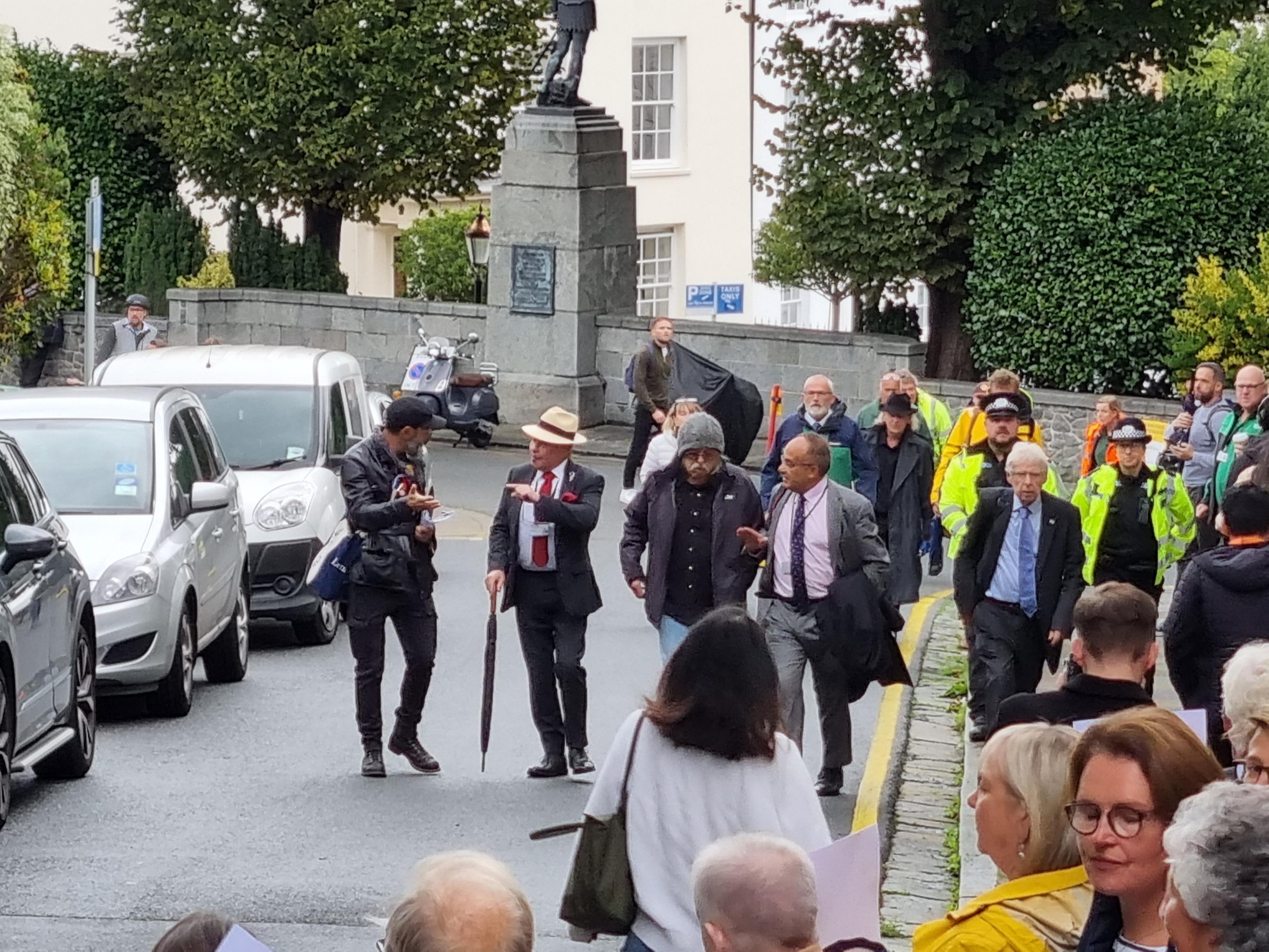 Pictured: Deputies Chris Blin, David de Lisle and Carl Meerveld arrived at the same time – their amendment to the legislation has proved the most controversial.

Holly Tardif, a volunteer with the charity Liberate, said she and others would remain outside the Court all day after taking time off work to attend.

She contrasted the feelings of “hope, empathy, and inclusivity” in 2020 to the gathering this morning: “We are clawing what we can to be heard and to protect the most vulnerable.

You can view a gallery of images from this morning gathering below Credit: Jenny Lambert: 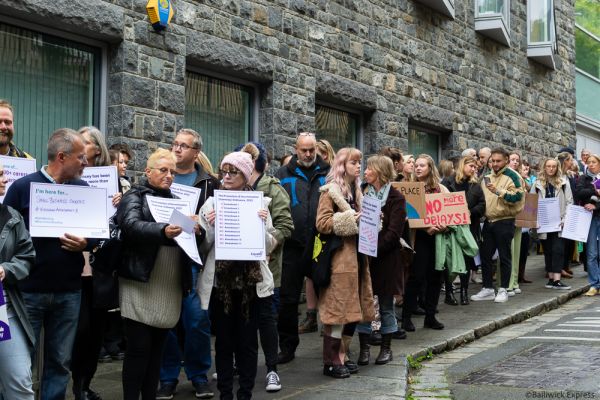 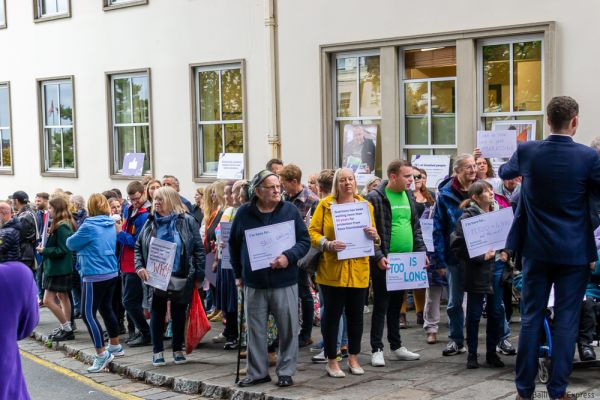 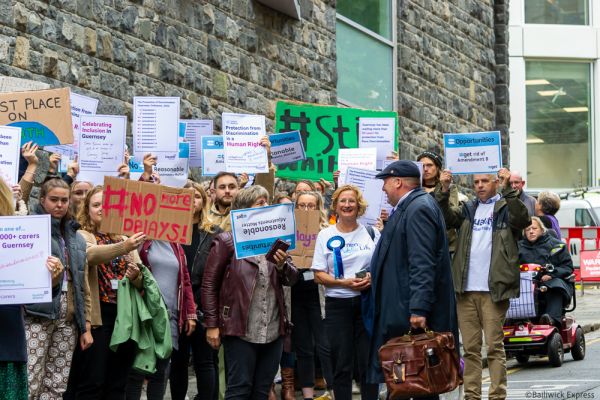 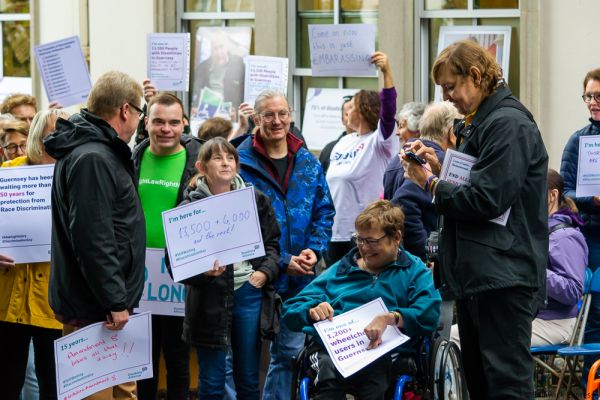 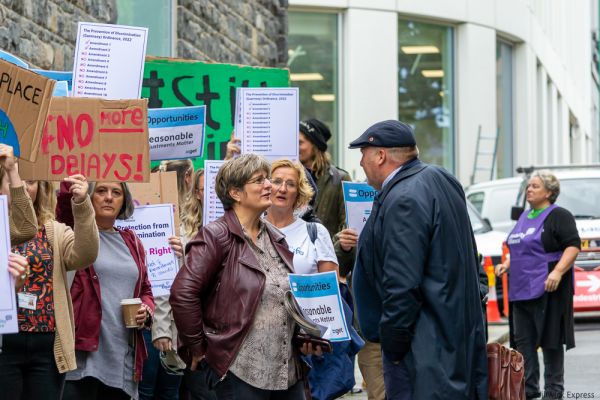 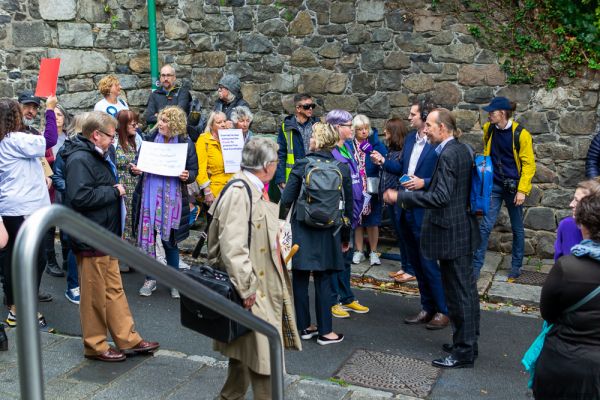 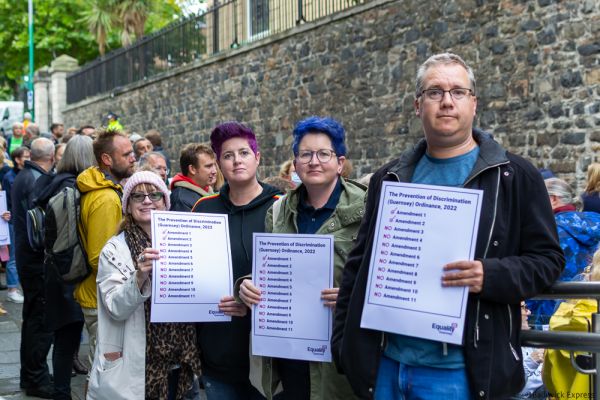 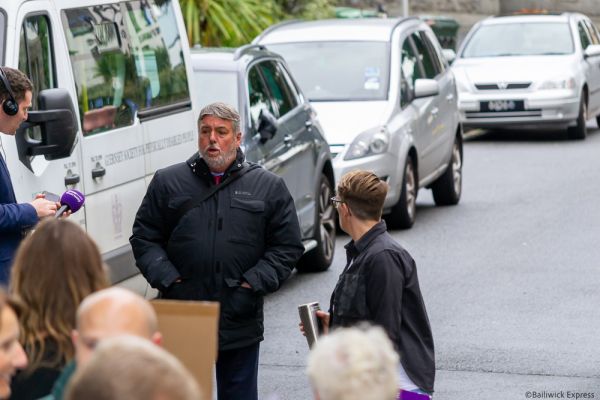 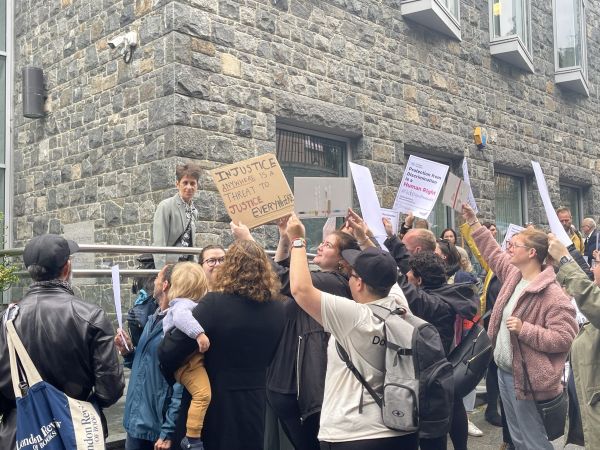 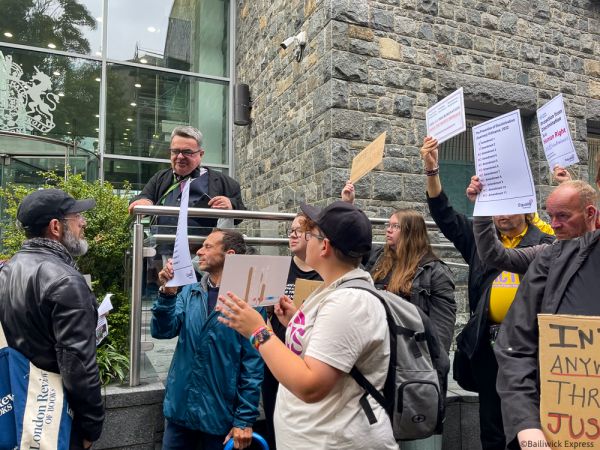