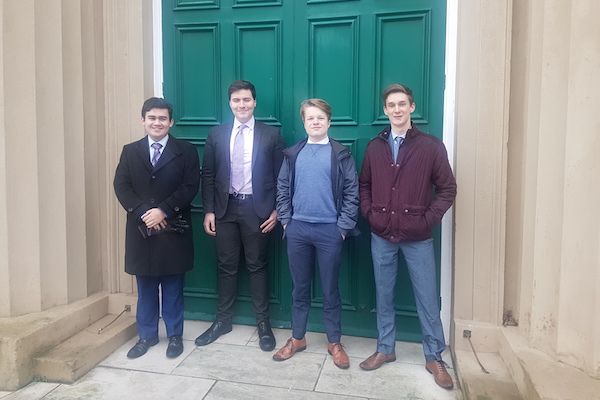 A group of four sixth form students will lead public debate today on a number of global issues affecting people living in Guernsey.

Adam Sparkes, Tom Rylatt, Pieter Durman and Cameron Ashplant have organised a public forum, to be held at St James, which will initially look at issues around sustainability. They are already planning future events focusing on different issues.

The idea came about after the Youth Forum, with Sixth Form Centre pupil Pieter saying Deputy Lindsay de Sausmarez helped spark the idea for a youth led seminar. Deputy de Sausmarez has been very supportive and helped the boys and others support an amendment calling on the States of Guernsey to consider environmental impacts in future decisions. That was approved by the States during 2017.

Pieter told Express today's event has not been organised by, and isn't being led by, politicians though: "Lindsay has been engaged and it was the conversation there that kind of started this, but if anything, we've been having to update her because things move quickly and it's very much the young people leading it. There's been lots of people being supportive, and some of us are members of the Youth Forum, but it has just been an independent group of young people really just pushing for it ourselves with the support of...well Guernsey's got loads of great people so everyone's been really supportive and have given something."

While the four young men are fronting the Future Generations brand, there will be a number of other people helping out as stewards, providing entertainment and those who have done design and printing work. 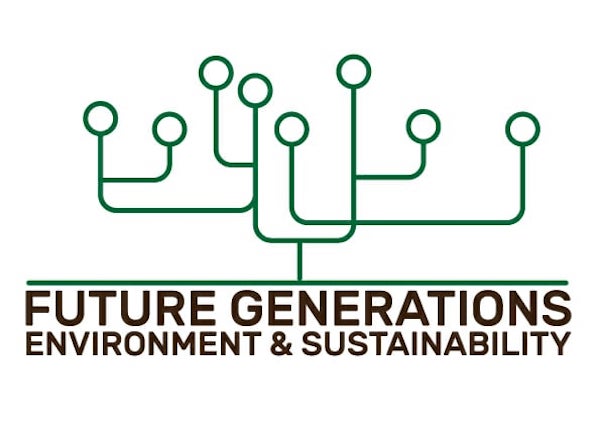 The speakers this afternoon will vary between young people and experienced business leaders. Adam, the head boy of Elizabeth College, said he helped to organise the finance panel, which will make up part of the debate towards the end of the day, as the audience considers how sustainability and economy go hand in hand:

"We've got a partner from Carey Olsen, a person from the LSE here in Guernsey and potentially someone from Guernsey Electricity. They'll be looking at the ideas of the day and how we can implement those, especially given Guernsey's main economic sector is dominated by finance.

"I think looking at how we can diversify that to incorporate a more green financial approach to things is important."

Adam said they hope this event will "plant the seeds of change in as many of the decision makers as possible" and they want it to develop into something "great and green" for Guernsey's future.

Sixth Form Centre student Cameron continued, telling Express that there are alternatives and Guernsey needs to embrace them now:

"I read a book by Kate Raworth called 'Doughnut Economics' which suggests a model called the Doughnut and it talks about how we can find a safe and just place for society. So I'm going to be introducing that model to the island and to attendees to the conference and hopefully encourage them to be innovative and to try and get involved in the debate and encourage communication between the public and States members and decision makers to try and encourage people to get involved the environmental debate on the day."

Sixth Form Centre student Tom said the four have been trying to encourage a number of people to attend today's conference through social media and also through visiting the island's secondary schools. He said it is important young people do get involved:

"We feel that if we equip young people with the facts right now and the solutions, and the solutions to the current problems, we believe we can expedite the process of making change to Guernsey's climate legislative agenda which leads to a healthier and better future environment for everyone to enjoy and for future generations to enjoy. 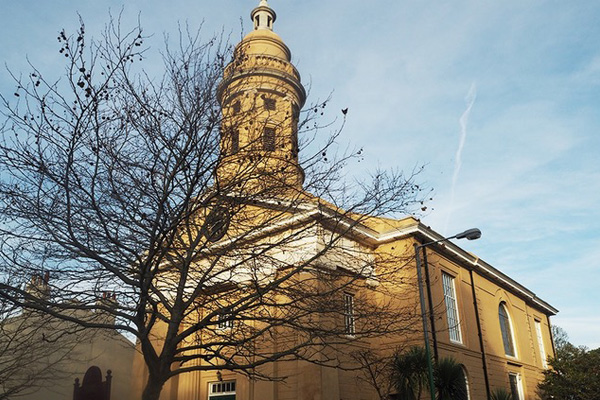 The event at St James starts at 13:00. It is free to attend and open to everyone of all ages.