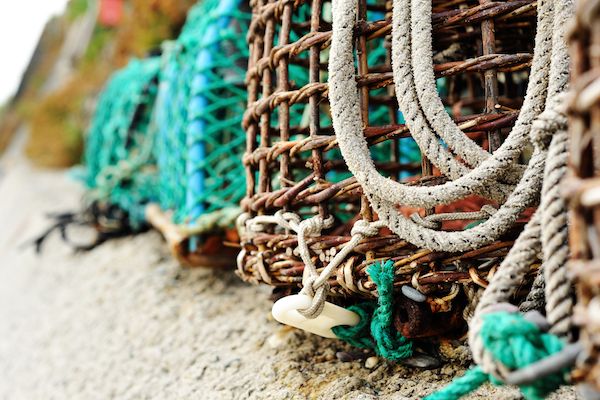 Guernsey Police have said they're investigating two alleged thefts of fishing gear - days after Sea Fisheries confirmed they had been advised of "a recent incident" in which "pots were taken without permission (i.e. stolen)."

At that time it was said that "a number of crab and lobster pots, belonging to recreational and commercial fishermen, have gone missing - believed to have been stolen - from locations around the coast of Guernsey," with areas known to have been targeted including the north and eastern coasts in particular with Rousse and Bordeaux named anecdotally to Express.

Sea Fisheries said then that it advised "anyone who is a victim of theft of equipment to report the matter without delay to the police who are the correct authority to deal with the matter."

It also advised that to try and prevent this happening – or at least to increase the chance of equipment being returned to its rightful owner when found - "the Section always and strongly advises that gear is clearly marked in as durable manner possible with the owner’s name or identification."

Now Guernsey Police have launched an investigation into "a number of recent thefts of both commercial and private crabpot truces from the area of Fort Le Marchant and Les Ammareurs."

Guernsey Police have asked that anyone with any information regarding the "suspicious sales of crab pots or pulling of crab pots" are urged to contact the police.

Officers also said they are aware of "a post circulating on social media stating that there may be a video in existince in relation to crabpots being lifted unlawfully and would appreciate anyone who has any information in relation to this to contact the police station of 01481 725111."

Police are also "keen to hear from anyone else who may have had crab pots or fishing gear stolen in recent weeks."

Tampering or moving crab and lobster pots is a criminal offence in itself and fishermen need a licence to own them with conditions attached to how many shellfish can be caught using them.

Pictured: The latest licence guidelines for fishermen is available on gov.gg here