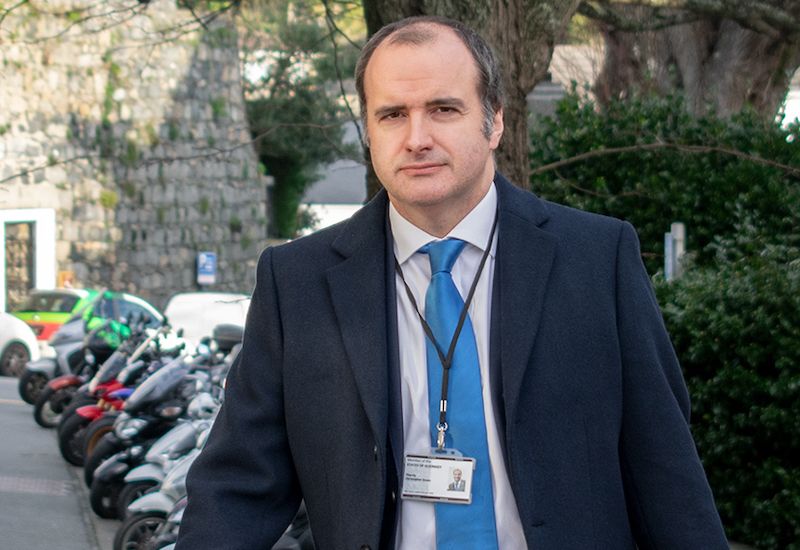 A Scrutiny review has concluded that a Freedom of Information Law should be set up - overruling the protestations of the States' senior committee in the process.

The panel has decided that significant steps need to be made towards an FoI Law due to the "slow progress" the States has made in moving towards a culture of greater openness and transparency since the current Code of Practice on Access to Public Information was introduced in 2013.

“After consideration of all the evidence, the Review Panel concluded the provision of an independent appeals body of robust and impeccable standing that is able, on the grounds of an overriding public interest, to overturn a States’ refusal to disclose information must be established, said Scrutiny President Chris Green, who chaired the review panel.

"Overall, the most appropriate solution is the introduction of a Freedom of Information law which will send a clear cultural signal.”

Deputy Green's panel, comprising Deputies Jennifer Merrett, Emilie McSwiggan and Advocate Peter Harwood, have ruled that the next Scrutiny Committee should develop these proposals with associated costs by no later than the end of 2022. 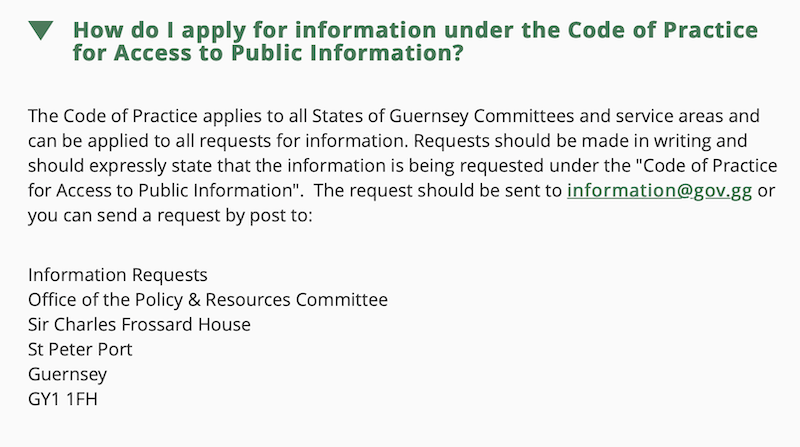 Pictured: People can apply for access to public information using the above information.

The decision is at odds with what most States committees wanted, with Policy & Resources President Gavin St Pier speaking out strongly against the introduction of an FoI Law on behalf of his committee earlier this year, saying the need for such a law had been "over-egged".

"In their written submission, P&R set out their view that a FoI law is inappropriate for a jurisdiction of Guernsey’s size, does not offer value for money, and could perversely restrict the amount of information provided to the public," Review Panel said in its closing remarks. "These concerns were generally reflected in Committees’ responses, which suggested that the [API] Code was a more proportionate approach in a small community."

Chief Information Officer Colin Vaudin, as the States' champion of the API Code, told Scrutiny that he can "robustly challenge" a committee's decision to apply an exemption to disclosing information, but that he cannot overrule them. 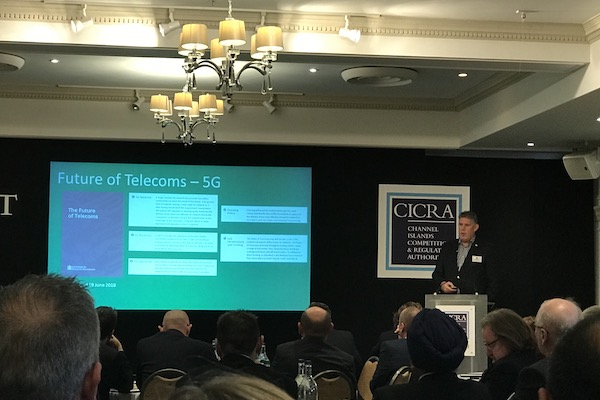 Pictured: The Review Panel believes that the Chief Information Officer, currently Colin Vaudin, should be an information champion and should undertake an annual review of progress.

Deputy Green said the API Code gave off "an impression of cosiness" which is unhelpful to the move towards "a culture of greater openness and transparency".

He said the States' management of the corona virus pandemic had exemplified a strong public appetite for more open communication on important issues.

“Without doubt the Covid-19 pandemic has highlighted the importance of openness and transparency to the public," concluded Deputy Green.

"The States of Guernsey has made significant strides in this area with its regular, informative media briefings and the comprehensive, information posted on gov.gg. Such a level of openness and transparency has undoubtedly engendered public trust and confidence."