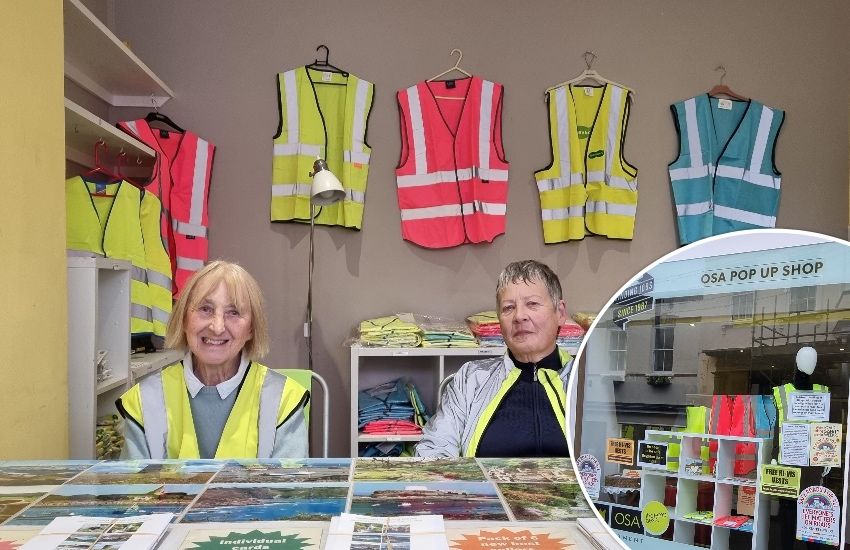 Free high visibility clothing is being handed out this week to keep people safe during the dark winter days and night, using proceeds raised by local businesses on last month's ‘high-vis day’.

The charity, Living Streets Guernsey has taken over the OSA pop-up shop on Smith Street which will be open from 10:00 to 16:00 until Friday as part of Road Safety Week.

Its “high-vis day” last month saw around £900 raised thanks to the generosity of staff from Ravenscroft, BDO, Bellerive Trust, Julius Baer, DNA Ltd, and Living Streets members. Specsavers in Market Square has also donated some of the bright waistcoats for children.

A variety of sizes and colours are available from toddlers up to 4XL. Pat Wisher, Secretary of Living Streets, said the Group is focusing on “mainly yellow waistcoats” as they are the most visible, but there are a limited number of pink and blue jackets for adults. 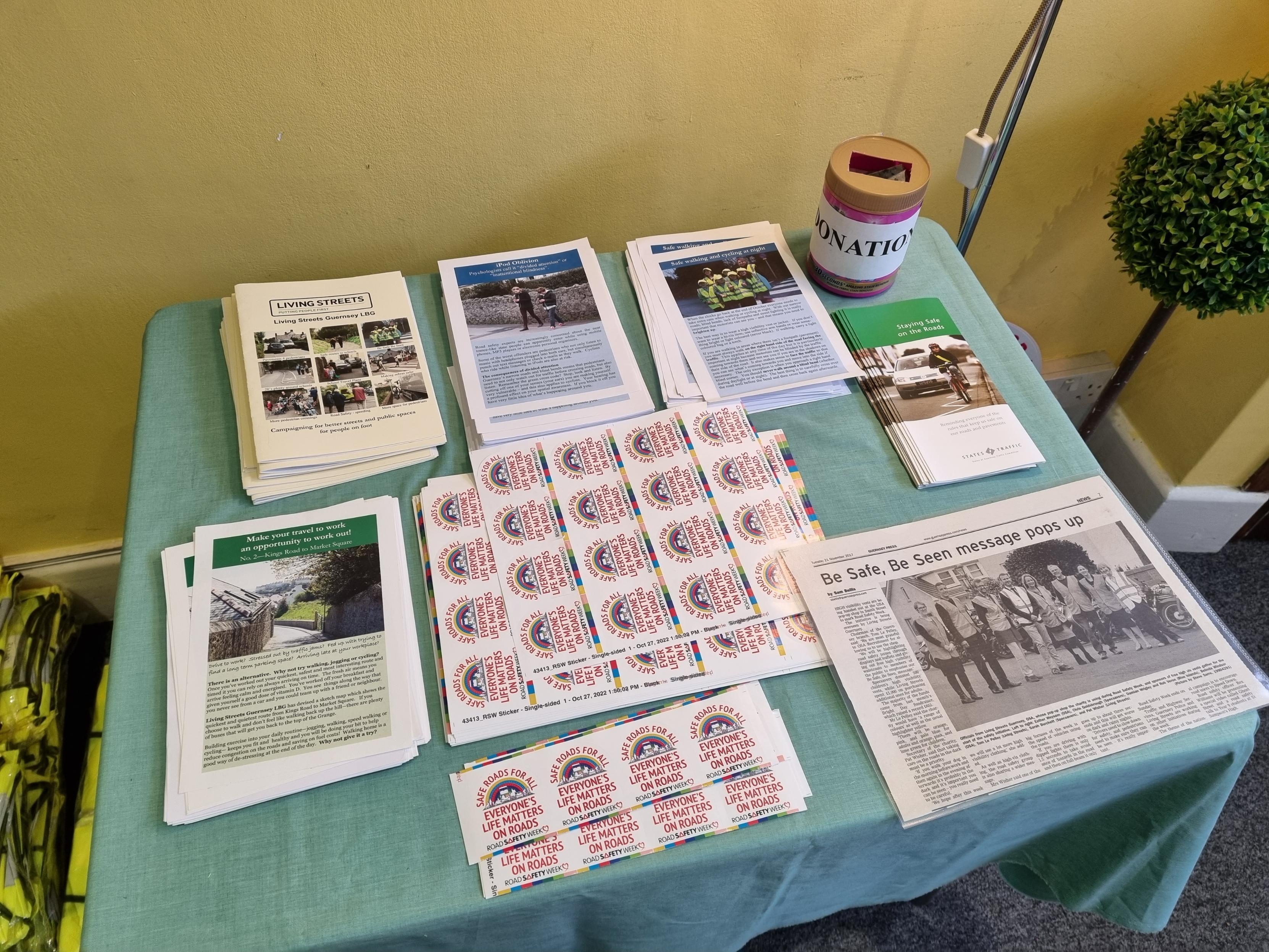 Pictured: Pamphlets are also on offer at the shop.

“This is the ninth year that OSA Recruitment has allowed us to use their pop-up shop in Smith Street and we are most grateful to them. As usual we will be highlighting a number of road safety issues which affect pedestrians.

Optometrist Director at Specsavers, Michael Todd added that visibility on the roads at this time of year is “paramount”.

“Whether a driver, or pedestrian, being visible on the roadside significantly improves safety. It's for this reason we are proud to be able to support the Road Safety campaign through the provision of high-vis waistcoats for our community.” 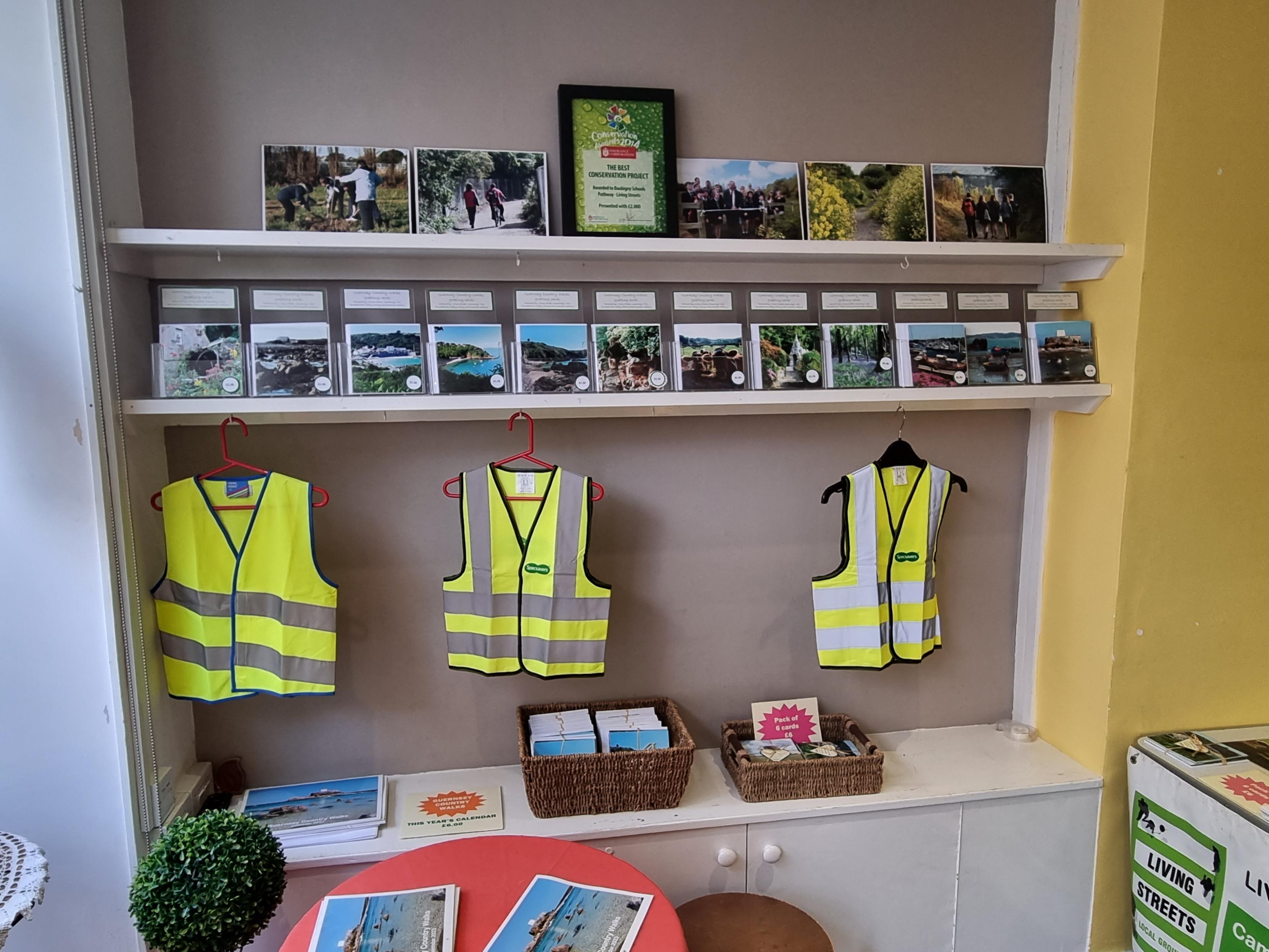 Pictured: Living Streets are selling some of its merchandise which helps to support safe walking routes to some schools.

Also available in the shop is a selection of Living Streets’ merchandise - “Guernsey Country Walks” cards and calendars -and leaflets on road safety.

All the proceeds from the sale of those items goes towards maintaining the Baubigny Schools pathway.

“We have been lobbying for one-way systems and the last time the Environment department invested was in 2008 for the new Baubigny schools. Although people campaigned against it, it divided the road more equally,” said Ms Wisher.

It is hoped more could be done to address pavement surfing in other parts of the island she said.

“There are so many roads in Guernsey where people are driving on the pavement. We’ve been asking for Bailiffs Cross road and Collings Road to be one-way as that would make it safer for pedestrians and make the road equally shared”.

Ms Wisher said she has personally had near misses as a pedestrian with vehicles on both those roads.