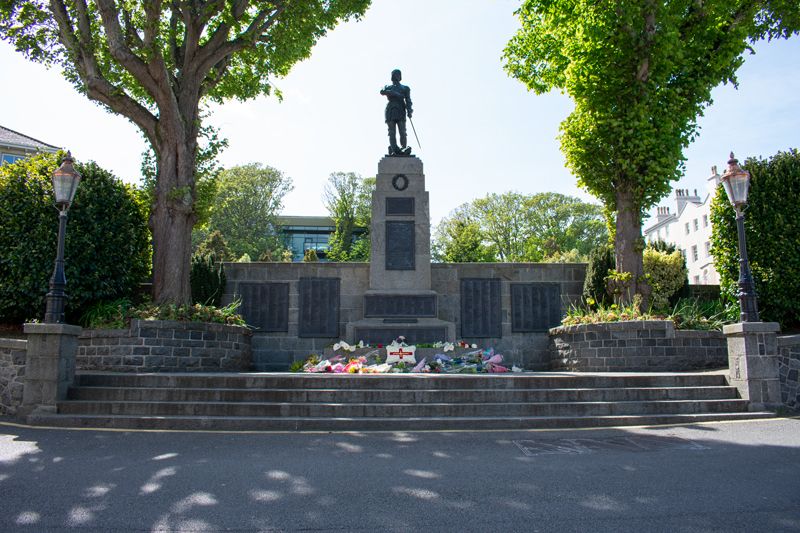 Guernsey Police have arrested another person in connection with the damage caused to the Liberation Day wreath.

The 24-year-old man was arrested in connection with 'being concerned in criminal damage, perverting the course of justice and obstructing police'.

Three other people have already been arrested in connection with the incident.

A 19-year-old man was arrested first, followed by a 24-year-old woman and then a 21-year old woman.

Pictured top: The War Memorial, with a new wreath made by Brouards Florists, and flowers donated by members of the public.