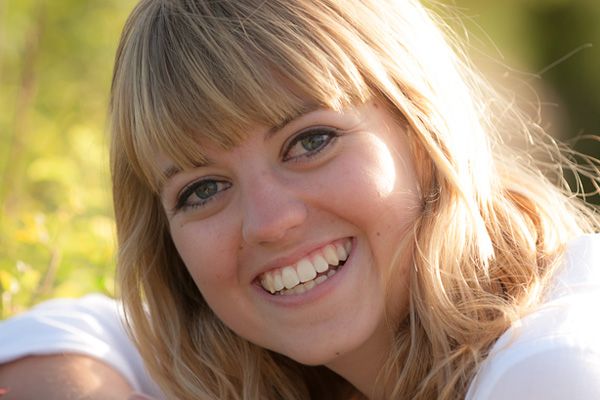 A charitable foundation has been established in memory of a young Guernsey woman who died in a road traffic accident last July.

The "Smile for Georgie Foundation" will aim to make a difference in the Guernsey community through carrying out small acts of kindness.

Georgie Le Prevost was in a car with her boyfriend Stuart Moorat when they were involved in an accident which claimed both their lives.

They had been at a friend's wedding before crashing off Guernsey's west coast, at Perelle, as they drove home in July 2017.

Miss Le Prevost's father, Andre Le Prevost, said his wife Jenny and daughter Annie had been overwhelmed by the support and generosity of Guernsey people when they undertook a charity tandem parachute jump later that summer in her memory.

He said this "prompted the family to do something more permanent in Georgie’s memory."

The Smile for Georgie Foundation was officially registered on 31 January and its purpose is to "make a difference in the Guernsey community through carrying out small acts of kindness."

Mr Le Prevost said: “As it is Random Acts of Kindness Day on Saturday 17 February we felt it was the right time to promote the Foundation’s launch. Those who knew Georgie will appreciate the positive contribution she made to life and the smile she had for everyone.

"The Foundation intends to reflect her personality in all that it does and looks forward to receiving ongoing public support that will ensure its success.”

Two Degrees North, Orchard PR and Collas Crill have all supported the Foundation by offering their services free of charge. This has enabled the Foundation to organise its first event which will be a boat trip to Herm in June for up to 100 children. It is intended that this will become an annual event.