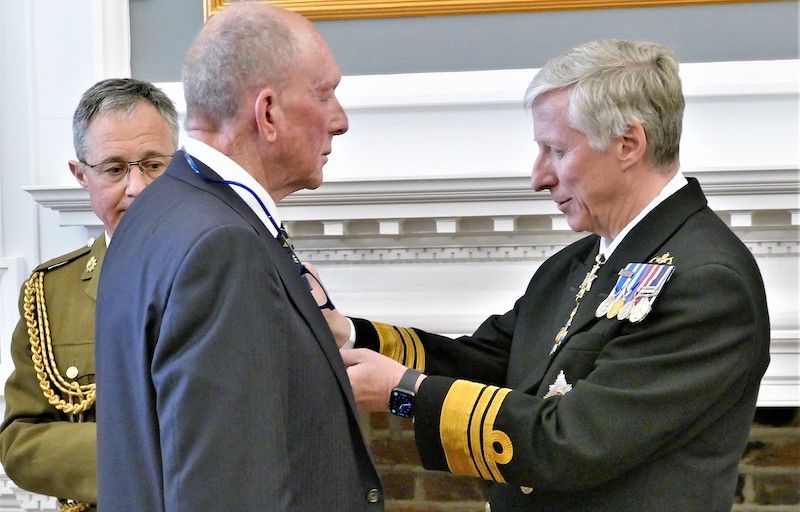 A "hard-working servant of Alderney" has been honoured for his work on land and at sea as he was presented with an MBE.

Stuart Trought was recognised for service to Alderney in the Queen’s New Year Honours List for 2020 - shortly before Buckingham Palace investiture ceremonies ceased due to the corona virus pandemic.

In a specially-arranged ceremony yesterday, Mr Trought received his medal from the Bailiwick's Lieutenant-Governor at the Island Hall, in the company of his wife Jane and around 80 guests.

His successor as President of the States of Alderney, William Tate, paid tribute.

"Stuart has been a hard-working servant of Alderney for many years, not only as President of its States but also as a key member of the lifeboat station, both at sea and ashore," he enthused. 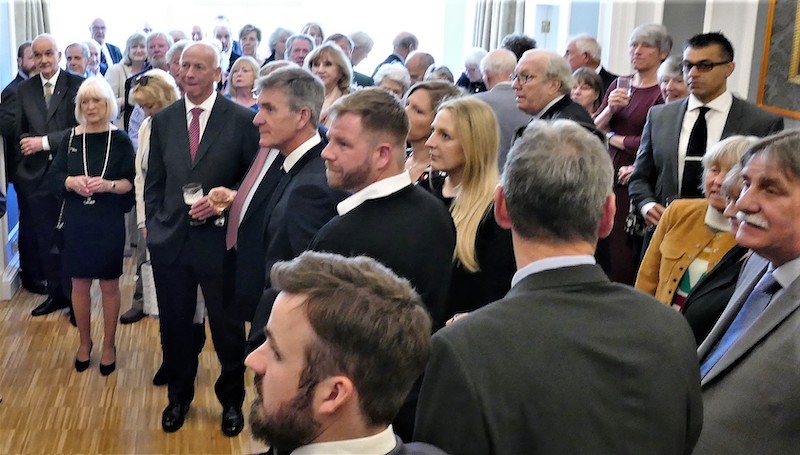 Pictured: A special ceremony was held in the Island Hall’s Anne French Room, attended by his wife Jane and more than 80 guests.

"He really has made a significant all-round contribution to our island, so we’re absolutely delighted to see him receive this award."

His Excellency Sir Ian Corder presented Mr Trought with the MBE on behalf of The Queen.

"MBE investitures are usually performed by a senior member of the Royal family, at Buckingham Palace, but these are unusual times, so I am delighted that the ceremony was able to proceed here in Alderney."

His Excellency added: "Given Stuart’s long and loyal service to this close-knit community, I think it’s very fitting that so many islanders were able to witness the ceremony, right here in the building where he spent so much time working for Alderney." 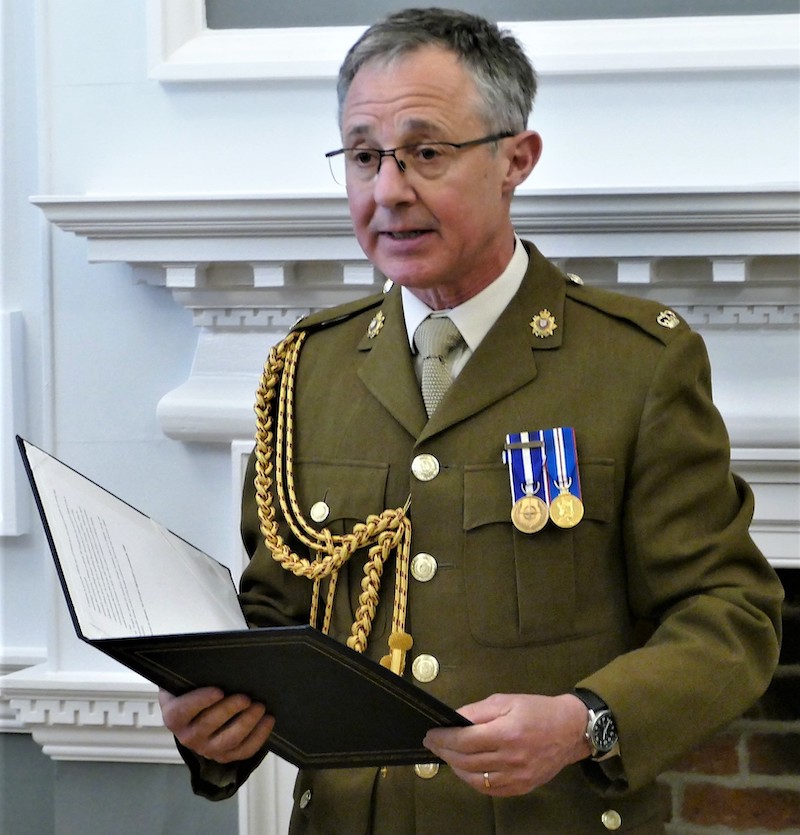 Mr Trought served as President of the States of Alderney from June 2011 until May 2019. He also served as part of a volunteer crew of the Alderney Lifeboat from 2001-2010, including as Training Officer.

He was subsequently appointed Deputy Launching Authority, upon whose judgement the boat puts to sea, and Chairman of the RNLI Local Branch Committee.

He is also a member of the Honourable Company of Master Mariners and the Nautical Institute.